All the People I Met in Italy this Month 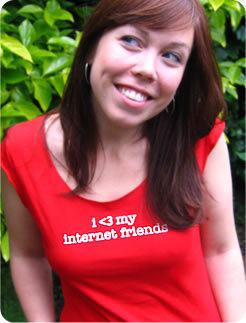 Whether I intend it to or not, most of my trips seem to end up having a theme. And while I joked recently that this was the Italian boyfriends trip, the truth is that it’s much more the internet friends trip. More specifically, it’s the trip where I met a grand total of 19 people I’d previously only known online – and that’s not even counting my online friends who I’d already met in other trips to Italy.
I wrote about a couple meetups with “internet friends” from early in my trip on the BootsnAll company blog, because at the time I was surprised at how easy and effortless the meetups were. Now that I’m at the tail end of a month-long visit – and nearly 20 new real-life friends richer – I’m not surprised by it anymore. In fact, I think I’m going to be surprised now anytime a meetup isn’t easy and effortless.
Here’s a rundown of the folks I met on this trip for the first time, face to face, although I felt like I already knew them. They’re more or less in order of when I met them this past month, and I’m including links to their blogs and Twitter feeds (when they have Twitter accounts).

Thanks to everyone on this list for taking time out of your schedules to meet me during the past month, and I look forward to connecting again – both online and off.
The picture at the top is of a shirt I am now coveting, from WilloToons.