12 Celebrities With Homes in Italy

Being an international celebrity would probably be annoying on some levels, but if it meant I could buy houses anywhere I wanted that wouldn’t be so bad. Some famous folks have taken advantage of their wealth and bought houses in Italy (who can blame them?), but tracking them down is, I’ve found, a bit of a challenge. Now, I’m not saying I’m trying to become a stalker, or that I’m encouraging you to become stalkers, I’m just trying to compile a list of people who own property in Italy. This is what I’ve got so far, and I’m hoping y’all can help me add to this list of celebrities with homes in Italy! 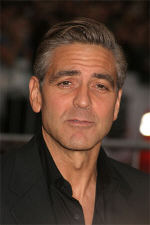 Anyone who pays attention to this kind of thing (and lots of people who don’t) knows that George Clooney has a house on Lake Como in Italy. He’s owned Villa Oleandra since 2002, and he actually resides there part of each year. Not long ago he thought about leaving because the town of Bellagio was contemplating putting in extra parking lots to sort of encourage people to come gawk at where Clooney lives… They put a stop to that talk when he threatened to just leave instead. Kudos to George, he likes Bellagio just as it is. And by the way, in addition to any potential Clooney-sightings you might have while on Lake Como, there has been a near-constant parade in town of George’s famous friends as well – including the entire cast of “Ocean’s Twelve” when they were on filming breaks. 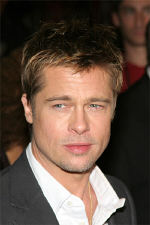 While most of what I found about Brad Pitt and Italy involved the rumors that he and Angelina Jolie were going to use pal George Clooney’s Lake Como villa as the site for their nuptials, there was also a reference or two to Pitt’s having bought his own villa in a town not far from Clooney’s place. If your heart palpitates like mine does at the thought of seeing Clooney on Lake Como, then have a defibrillator handy on the off-chance that you see him at the same time as you see Brad Pitt. That image alone makes me really hope it’s true that Pitt’s got a place on the lake. Can anyone confirm or deny this one? 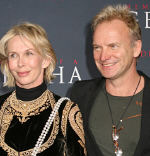 Among several other dwellings owned by the former Police frontman is Il Palagio in Tuscany. And while you may never be invited to share a meal with Sting and his family, you can pour his organic olive oil on your own ribollita and call it good. From the looks of the Il Palagio website, I can’t imagine that Sting still lives there, but I wouldn’t worry about him being homeless anytime soon. Incidentally, in researching this article I also found one article saying Sting has a house on Lake Como as well. I guess the man likes Italy. 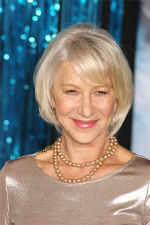 After visiting Puglia to promote “The Queen,” Helen Mirren apparently was so taken with the area that she bought herself – you guessed it – a castle. Mirren’s 500-year-old castle is quite the fixer-upper, so she may not be taking up residence there anytime soon, but it’s still pretty cool-looking, even in disrepair. It’s reported that she paid something like £680,000 for it, and will spend bucketloads more on the renovations. Good thing she’s got all that movie star money. The castle is near Tiggiano (outside Lecce). 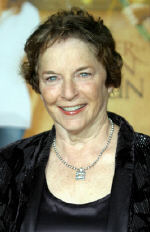 When you write a best-selling book about how you renovated a Tuscan farmhouse, the house becomes almost as much of a celebrity as you are. That’s the case with Frances Mayes’ home in Cortona, Bramasole. While the town has been a popular tourist destination for years, it’s only since the publication of “Under the Tuscan Sun” that gawkers come to stand at the Bramasole gate, hoping to catch a glimpse of Mayes. Word to the wise – she doesn’t look anything like Diane Lane. 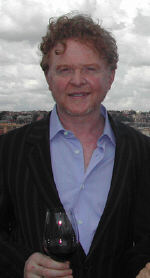 While you may not recognize this name, you’d probably recognize the face – or at least the hair. Mick Hucknall is the lead singer of the band Simply Red, and it’s his trademark curly red locks that gave the band its name. I’ve read several reports that say Hucknall has had property in Taormina for years, and even has his own wine produced nearby on Mt. Etna (called “Il Cantante,” which means “The Singer”). 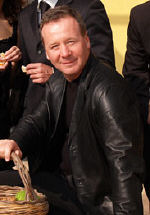 Taormina is popular with lead vocalists from U.K.-based bands with variations of the word “simple” in their names, apparently, because Jim Kerr – the lead singer for the Scottish band Simple Minds – not only lives in this Sicilian town, but he also runs a hotel there. Kerr built his hotel, the Villa Angela, after visiting Taormina while on tour in 1995 and falling “hopelessly in love not only with this most romantic destination, but also with the warmth of the Sicilian people and their passion for life.” 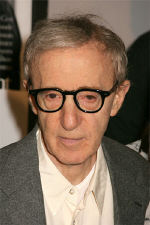 I’ve heard one report that Woody Allen has a palazzo on the Grand Canal in Venice – I know he’s filmed movies in Venice, had films debut at the Venice Film Festival, married Soon-Yi in Venice, and he also helped raise money to rebuild La Fenice, so it seems he likes the city quite a bit. But does he really have a house there? 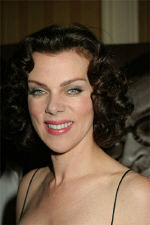 You might cringe at the thought of a New York or New Jersey accent attempting Italian, but that’s what I picture when I think of Debi Mazar living in Tuscany. Mazar has appeared in “GoodFellas” and “Batman Forever,” and more recently has a supporting role on HBO’s “Entourage” – but in terms of her Italian ties, she and her Italian-born husband have a home in Tuscany and split their time between there and L.A. Their 14th-century house was a wedding gift from Mazar’s husband’s parents. Not too shabby. Mazar and her husband also have an internet show called “Under the Tuscan Gun” which highlights the food of Tuscany. 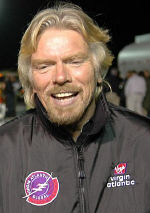 If I told you Virgin CEO Richard Branson had a home on Lake Como, would you think he was just trying to copy George Clooney? Or is that just my reaction? (I suppose you can tell immediately who I’m a bigger fan of here, huh?) I couldn’t find any information about whether Branson’s got a landing strip for his spaceship at his Italian villa, but since many of the nicer palazzo properties on the lake are accessible only by boat I imagine his boat dock is pretty damned fancy. 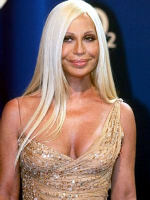 The late designer Gianni Versace, Donatella’s brother, once lived on Lake Como, and his Villa Fontanelle remained boarded up and unused for quite a number of years after his death (in fact, it’s only last month that reports surfaced that the villa had been sold to a Russian billionaire restaurateur). Donatella’s got her own villa on the same lake, so it’s clear that this fashionable family has an affinity for the area. (And I know Donatella’s an Italian celebrity of sorts, but people the world over know those lips.) 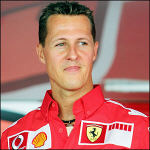 Even if you don’t follow Formula 1, you’ve probably heard of Michael Schumacher. The retired German race car driver lives primarily in Switzerland, but perhaps all those years spent behind the wheel of a Ferrari got into his blood – I read some reports that he’s got a house on one of the lakes in northern Italy. Anyone know whether this one’s true?

Do you know any celebrities with homes in Italy? Do tell! I remind you that my goal here isn’t to encourage anyone to invade someone’s privacy – in fact, I don’t want to know or publish addresses or specific locations – I just want to provide a list of people who own homes in Italy. Mainly because I envy the heck out of them.

For a photo of George Clooney’s Villa Oleandra (and an interview with George about why he loves living in Italy) go here. This page has photos of not just Villa Oleandra, but also the entrance to Richard Branson’s place and Gianni Versace’s old villa. Finally, there’s an island on Lake Como with a restaurant that seems to attract famous people who come to this area even for a visit – check out the restaurant’s celebrity photo wall, virtually speaking.