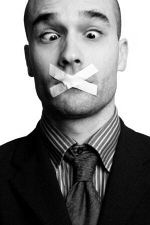 Update: Now you can hear sample pronunciations for some of these words – wherever you see a blue arrow next to the word, click on it and you’ll hear exactly how to say it!

porca miseria (POR|kah mih|ZEH|ree|ah) – Gianfranco thinks this one should be separated out from the other versions of “porca” that I listed, and he’s probably right. It’s a damned fine one, literally meaning something along the lines of “pig poverty” and it’s used the way I’d use “dammit.”

minchia (MEEN|kee|ah) – Stefano submitted this one, saying it’s the “southern expression for ‘cazzo.'” It appears that it could be a word in the Sicilian dialect, it means “cock,” and can be used to describe something that’s boring or just plain bad (the way I might use “shitty”). “Che minchia” would be another way of saying “what the fuck.”

mizzica (MEET|tsee|kah) – This was in the comments as meaning “penis” in Sicilian, while “minchia” was the far tamer “wow.” But all the research I did says it’s the exact opposite, and that “mizzica” just means “holy cow” or “wow.”

leccaculo (leh|kah|KOO|loh) – Ahndi says this is the best Italian swear word ever, and it’s a pretty doggone good one, I agree. It quite literally means “lick ass,” but although I’d originally been told that it basically meant something was “kick ass” and therefore a good thing, I’ve been told by several people since then (see the comments!) that it actually means “kiss-ass,” so calling someone that isn’t a compliment at all. Just so y’know.

che cazzo (keh KAHTZ|soh) – This one comes from Gio, and while it’s literally “what dick” it’s used like I’d say “what the fuck” when something is unbelievable or irritating.

sticazzi (stee|KAHT|zee) – I’d never heard this one before, but dioz says it’s mostly used in Rome for when you want to say “who cares” with an attitude. The attitude part comes from its literal meaning of “this penis.”

porca puttana (POR|kah pu|TAH|nah) – Another in the series where you put “porca” in front of anything an it automatically turns into a swear word. This one is “dirty prostitute,” and SumBunni says this was her (his?) grandmother’s favorite expression. What a grandmother!

figlio di puttana (FEE|lee|oh dee pu|TAH|nah) – Literally “son of a whore,” this is the Italian version of “son of a bitch,” contributed to the list by Dinelli.

che stronzo (keh STROHN|zoh) – This is Paul’s favorite, and it’s kind of like “what a bastard” or “what an asshole.” But with more oomph. Much more.

testa di cazzo (TES|tah dee KAHTZ|soh) – This was on my list, too, but it got a vote of confidence from Grey, so it gets a second apperance on this list as well. Again, it’s literally “head of dick,” and is used in the way I’d use “dickhead” or “asshole.”

vaffanculo cazzo/stronzo (vah|fahn|KOO|loh KAHTZ|soh/STROHN|zoh) – Mele419 points out that if you put either “cazzo” or “stronzo” after my #3, “vaffanculo,” you get something like “fuck you, you asshole.” And that just might come in handy sometime, you never know.

fessa (FEHS|sah) – While in some parts of Italy, this merely means “stupid” or “a fool,” in southern Italy it can also mean “cunt” – a Puglian friend of tandmark’s apparently uses it frequently. But I’d recommend you proceed with caution on this one, folks.

Thanks for all your contributions, everyone! They’re all great additions to the original list. And this is clearly rich territory, so I’m looking forward to even more suggestions.

If you missed the first post, go back and read my favorite Italian cuss words. And you can comment on either post with your favorites, just in case we’re still missing some. (I’m being sarcastic. We’re still missing a ton.)