Italy Roundtable: Why I Write About Italy 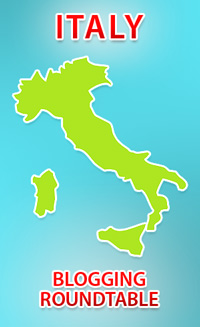 This month, I’m excited to announce the debut of a new writing partnership with some really fabulous Italy bloggers. We’re calling it the Italy Blogging Roundtable, and every month each of us will write a post on one theme, giving readers an opportunity to hear different voices than they might normally read. From me, you might typically get a travel advice take on the topic of the month – from some of the other writers, you may get a photo essay, a personal anecdote, or something else altogether.
The fine ladies around the Italy Blogging Roundtable with me are Gloria of At Home in Tuscany, Alexandra of ArtTrav, Melanie of Italofile, and Rebecca of Brigolante. For our inaugural Roundtable topic, the theme is “why I write about Italy.” You’ll find links to the other posts on the topic at the bottom – please read and enjoy all of them.

Why I Write About Italy

Ask someone who writes an Italy travel guide why she writes about Italy, and it’s nearly a guarantee that you’ll get one of two replies:

I have, at various points over the 4+ years I’ve been writing on WhyGo Italy, fluctuated between those two points – although I’m usually more in the former camp than the latter. But the question of why I write about Italy is no longer as simple as either of the options listed above. In fact, in some ways, I wonder if it ever was. 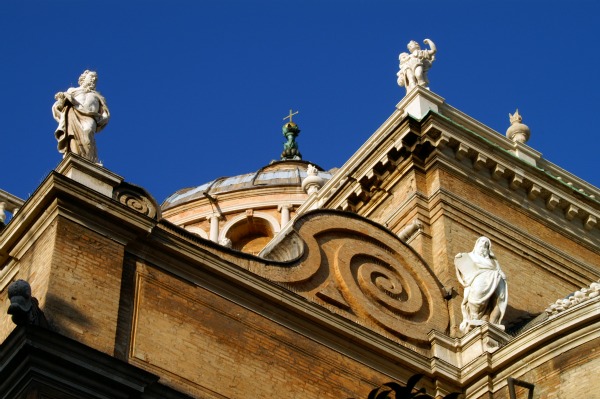 Parma church – photograph by Jessica Spiegel and may not be used without permission
Before starting WhyGo Italy, I had visited Italy several times and had already fallen quite in love with the country. Yes, it was partly due to all the stuff listed above – the history, scenery, food, etc. – but there was something more, something I couldn’t put my finger on at the time. I was, up until my first trip to Italy, a serial country-lover. Whatever place I’d visited last, that was the country I was most in love with. I went from being a New Zealand-ophile to an Anglophile to a Francophile, and probably would have continued in that vein if Italy hadn’t intervened. Since visiting Italy, I’ve been to Germany, Croatia, and Scotland, and I’ve been to England and France again, too – and nothing has “stuck” like Italy.
It’s probably fair to say that the reasons I remain so passionate about Italy after so many years and visits are likely the same reasons the country spoke to me in the first place, but that doesn’t make determining what those reasons are any easier. After all, every place I’ve been has history and beautiful scenery and lovely people. What makes Italy so different?
For many years, I didn’t have a satisfactory answer when someone asked me why I loved Italy. Everything I said sounded like every other person who’s ever come back from an Italy trip swooning. Until, that is, I let fly the first thing that came into my head, a response that surprised me then and surprises me still.
“What do you love so much about Italy?” asked a friend.
“The chaos,” I replied. 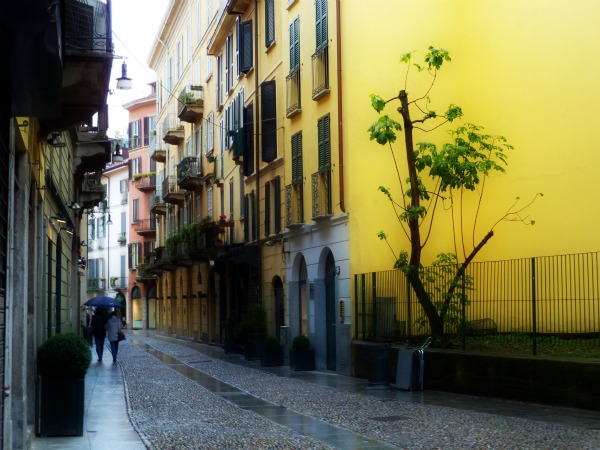 Milan street – photograph by Jessica Spiegel and may not be used without permission
Chaos isn’t generally thought of as a positive thing. As a traveler, you’re already in unfamiliar territory, so the last thing you want is to think that the few rules you’ve learned about your new surroundings could be ignored at any minute and for no reason. As a potential expat (which is how I still fancy myself), you might know your home country’s system is broken but at least it’s a system you’re comfortable with – why leave it for a country you don’t know where the system is so screwy it defies explanation?
All of this ran through my head the instant I said “chaos,” and I think I’ve been trying to make sense of that answer – and my belief in it being the right answer – ever since then. What I’ve come to is this: Italy, through its uncertainty, teaches me patience. It teaches me to have a Plan B. It teaches me to think on my feet, to accept what I’m presented with, to let the tide carry me sometimes even if I don’t know where I’m going because occasionally it carries me somewhere delightful. I have taken great leaps of faith in Italy, and – as a result – I take them more often when I’m not in Italy, too, which is completely the opposite of my character.
Now, the writing I do on WhyGo Italy is, for the most part, like an instruction manual for the country. I’m not usually writing about my experiences with those delightful places the tide has taken me, or my struggles with Italian chaos, but rather trying to categorize that chaos into something useful for others. The reason I do that is a simple one – I want travelers in Italy to have their expectations set appropriately so they can enjoy the best that Italy has to offer during their vacations without letting frustrations over things they can’t control ruin their trips. If I can help people be better prepared to deal with the occasional inexplicable problems that will arise (no matter how much planning you do), then perhaps Italy will be able to teach them a bit of patience, too.
I can’t promise serendipity, but I can certainly point the way and provide a flashlight. 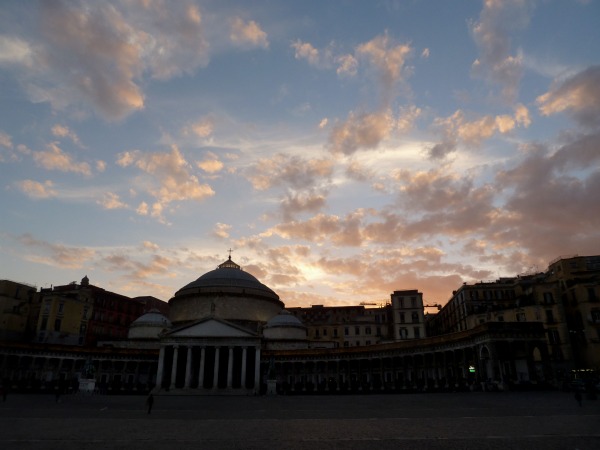 To find out how the other bloggers in this group tackled the statement “why I write about Italy,” click on the links below – read, enjoy, leave comments, and come back next month for another roundtable round-up.