Rome and Her Expat Writers

Even those who aren’t literature buffs likely know how popular Rome is and has been to writers. Thanks to today’s guest post by Amber Ruth Paulen, you’ll have an even better idea of how many writers over the centuries have been impacted by The Eternal City – and you’ll be able to pay your respects to them when you visit, since Amber has thoughtfully listed the locations of places mentioned in her post at the bottom. Thanks, Amber! 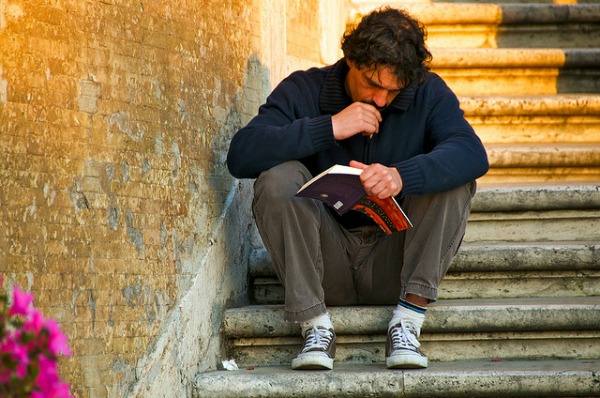 “Oh Rome! my country! city of the soul!” —Lord Byron
The attraction of the writer to Rome is as indissoluble as lovers. Over the centuries, writers have come to explore a cityscape seeped in history and myth; to study antiquities and Renaissance frescos; to imbibe this city. They came to rub up against the genius loci of masterworks, hoping to cart off some genius for themselves.
It’s easy to see that idea still prevails. The Italian-memoir-written-by-foreigners has become a genre. Eat, Pray, Love wasn’t the last nor the first but the quickest to mind. As for Rome specific memoirs, there’s Anthony Doerr’s Four Seasons in Rome and The Seasons of Rome by Paul Hofman. Or writers come to Rome to write, without producing a memoir. A few notables who have lived here in the last half century are: Gore Vidal, Zadie Smith, Stephen Mawr and Muriel Spark.
Is inspiration inherent in ruins, in the elegance of an Empire reduced to rubble? Or is inspiration found in the complexity, the idiosyncrasies, the juxtaposition of the ancient layered on medieval on the contemporary? Is our mortality reflected by this city like a living corpse? Or are writers enchanted by what Henry James calls Rome’s “aesthetic luxury”? I can’t think of another city in the Western world where one is continually integrating artistic visions spanning more than two thousand years, into the everyday.
In the 17th to 19th century, writers came to Rome in thick droves: Grand Tourists, Romantics, Victorians. During the centuries of the Grand Tour, wealthy English concluded their journey in Rome, to study its ruins and works of art. These gentleman were educated in the Classics, in Latin and Greek, and Rome was an obvious and important sojourn before the arduous trip back home.


Johann Wolfgang von Goethe came to Italy in 1786 and stayed in the country for two years. His time in Rome was similar to that of a Grand Tourist’s. But Goethe was far from average. Goethe’s fame had already been established by his The Sorrows of Young Werther. He was a multi-talented man who pursued every avenue of curiosity that sparked him. The portrait of Goethe by Tischbein, the one where he’s reclining in the Campagna complete with aqueducts and frieze, portrays an intense young man, intensely Romanized beneath the folds of his robe. After his return to Germany, Goethe published Italian Journey, which became an instant success. In fact, Germans streamed into Italy clutching this book, dogging the footsteps of the famous writer, replicating his exact itinerary.

The Romantic poets of the early 19th century had other reasons for relocating to Rome. They weren’t as concerned with learning as they were attracted to Italian “feeling.” The most notable Romantic poet to come to Rome is John Keats. Poor young Keats, the tragedy of his death and love for Fanny Brawne has perhaps lent him much of his popularity. But his short existence produced wonderful poetry the world cannot forget.
On November 15, 1820, Keats rode into Rome with his friend Joseph Severn. On February 23, 1821 he died of tuberculosis in his rented room besides the Spanish Steps. Three days later he was buried in the Protestant Cemetery, in the shadow of the pyramid of Cestius. Keats’ grave remains a point of pilgrimage for all who have been inspired by his poetry, his early death and his love. When Oscar Wilde came to Rome in 1877, it is recounted how he knelt before Keats’ grave declaring it, “the holiest place in Rome.”
Keats didn’t have much healthy time in Rome, though his vicinity to Monte Pincio and Villa Borghese allowed him sunny walks through the parks when he could. His sickness got the better of him, confining him to his bed for days and then weeks. The bubbling of the Barccaccia fountain came through Keats’ windows and is thought to be the inspiration for his gravestone’s inscription: Here lies one whose name was writ in water.
Percy Bysshe Shelley and Lord Byron also made Italy their home, frequently moving between her cities. Lord Byron is known for a Casanova swagger and narrative poems. It was through Byron’s impregnation of Claire Clairmont, Shelley’s step-sister-in-law, that the two poets met. Rome inspired the two poets to verses and complete poems. The supposed portrait of Beatrice Cenci, supposedly by Guido Reni, hanging in Palazzo Barberini provoked Shelley to write The Cenci: A Tragedy. The poem Childe Harolde’s Pilgrimage by Lord Byron, can be interpreted as a long poetical homage to Italy, invoking many monuments in Rome.
These Romantics died young. Percy Shelley at the age of 29 and Lord Byron at 36. The poets’ time in Italy and Rome was brief, yet their works sparked more interest in the country and the city that had inspired the poets, paving the way for later generations of writers to come, to visit or to settle.

“Every winter there is a gay and pleasant English colony in Rome, of course more or less remarkable for rank, fashion, or agreeability, with every varying year… In a word, the ancient city of the Caesars, the august fanes of the popes, with their splendor and ceremony, are all mapped out and arranged for English diversion.” —Thackeray
During the 19th century, the area around the Spanish Steps became known as “er ghetto de l’inglese,” the English Quarter or Ghetto. Many foreigners took apartments in this area for long visits or to live. The English Victorian writers were represented in numbers and by great names: George Eliot, Charles Dickens, Robert and Elizabeth Barrett Browning and William Thackeray. And there were others: Americans: Henry James, Mark Twain, Edith Wharton and Nathaniel Hawthorne; Danish: Hans Christian Anderson; Russian: Nickolai Gogol; French: Stendhal.
The time these writers spent in Rome overlapped. Maybe they bumped into each other at the local hang-out, Antico Caffé Greco on Via Condotti or as they walked through the area’s viccoli, now overrun with pricey shops. In any case, Rome got under their skin. Many went home to publish books about their travels through Italy; while others wove their experiences and thoughts into fiction. The best example of the latter is Hawthorne’s The Marble Faun. After the novel was published in 1860, Americans explored Rome according to this fictive guide to the city. The highlight of the tour was the Capitoline Museum’s statue of the “Marble Faun” (Faun of Praxiteles), the direct inspiration for Hawthorne’s book.
Middlemarch by George Eliot features a Roman honeymoon for an ill-suited couple. Edith Wharton wrote Roman Fever, a short story where two long-time friends return to Rome and are confronted with an old rivalry. Gogol also wrote a short story called Rome, but this was not received with any success. The comparison between this piece and his famous The Inspector General always brings up its un-Gogolian character, as if not worth the author’s genius. Because of this bias, it’s difficult to find an English translation.
Others wrote travelogues. After his 1844 visit, Charles Dickens wrote Pictures from Italy. Similar in tone is Mark Twain’s, The Innocents Abroad, a much longer book that recounts Twain’s around-the-world ship voyage. Twain’s writing is satirical; he sets his keen eye on the tourists, the Catholic church and the ancient rubble. Then there is Henry James’ Italian Hours and Stendhal’s Rome, Florence and Naples, now out of print; both praise Rome without restraint.
This veritable inundation of books about Italy by the top authors of the time would have convinced the reading public of Rome’s literary importance as a city of vast inspirations. Today, the continuing success of Italian memoirs proves that readers still crave insight into the complex impressions associated with the Eternal City. Whether you agree or disagree with an author’s praise or criticism, anyone living in Rome can attest to the myriad fascinations and frustrations synonymous with life here.
Mark Twain wrote, “What is there in Rome to see that others have not seen before me?” In my opinion, plenty! And maybe that is the attraction of Rome for the writer, for it is certainly her challenge, to interpret the same old things in refreshing new ways. 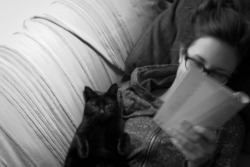 About the Author:
Amber Ruth Paulen lives and writes in Rome, Italy. She can also be found at “Descriptedlines.”
photo of man reading on the Spanish Steps by Ed Yourdon, of Gogol’s plaque by Rémi Jouan, and of Keats’ grave by Paul-W