The Weirdest Laws in Italy 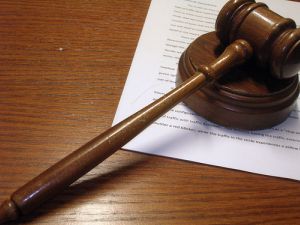 I like to say that Italy invented red tape. It certainly seems that way to anyone who’s attempted to navigate the murky waters of the Italian bureaucracy to do just about anything.

But even I had to chuckle out loud when I read about some of these crazy Italian laws.

Some of them are nation-wide, while others are limited to certain cities. And while I’m sure many of them are completely ignored by both locals and tourists, the risk of being arrested or fined is probably enough to keep me from building sandcastles near Venice or feeding the pigeons in Lucca!

UPDATE: My blogging friend Tui sent me a note about a great new weird law to add to this list; it’s not been put into widespread practice yet, but one town in Northern Italy is apparently going “to create a DNA database of all registered dogs and then test droppings left on pavements and in parks to identify the culprit and fine owners who fail to clean up after their pets.” Yes, you read that right – we’re talking about DNA samples of dogs and then DNA tests on dog poop. I love Italy…

>> Do you know of any weird laws in Italy? Have you seen anyone get fined or arrested for doing any of the things listed above? Send me an email or leave a comment below!

Thanks to several websites for many of these tidbits, including My Melange, The Guardian, Reuters, and Shaun Aisbitt.