What do the Italians call themselves? 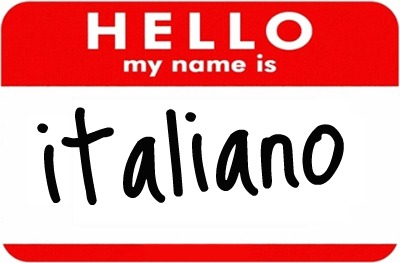 When you’re considering what to call people from Italy, it’s likely that you’ll know the English version – Italians. You may even know the Italian word – italiani – but the real answer is a bit more complicated.
(Just like Italy.)
Since Italy is has only been a concept as a unified country since 1861, most people think of themselves first as being of the region from which their family comes, and then secondarily as Italians. In some parts of the country, being Italian is actually the third identification after one’s region and the entire European Union. So when you ask someone where he or she is from, you’re going to get a more local answer than simply, “I’m Italian.”
Because the words used to describe people from each of the 20 regions in Italy aren’t always easy to figure out, I’ve included them on each of the region pages on WhyGo Italy. Click on any of the region pages and scroll down to the “Fast Facts” section to find a listing for what the people of that region call themselves.
>> Start on the main “Regions of Italy” page and click on any of the regions to find what the people are called.
The question of what to call someone is even more complex than that, however, as many Italians will invariably tell you they’re of the town or city their family comes from – even more specifically than their home region. Rather than calling himself lombardo, then, a man from Milan would more likely call himself milanese. It would take quite awhile, indeed, to list out the names for what every single town resident would call him or herself, but here are a few of the big cities and towns in Italy and what the people call themselves.
>> Note that in each case, I’m giving you the masculine singular version first. Plural and feminine versions are listed after. For words where the masculine singular ends in an “e,” there is no distinction between masculine and feminine – there is only singular and plural.

>> Want more fun Italian language tidbits? Read more about the “geographical alphabet” used when spelling out Italian words, and some of my favorite Italian swear words.