When the region next door contains the capital of the country and one of the biggest tourist destinatoins on the planet, it’s easy to understand why the Abruzzo region is often overlooked. It doesn’t take much, however, to convince any traveler looking for “quintessential Italy” that it’s well worth a visit. 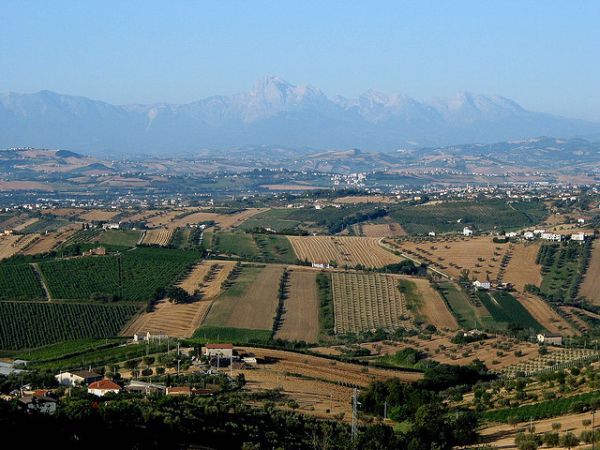 Abruzzo lies in south-central Italy on the eastern coast just beneath the gentle outward curve that is Le Marche. Its western border is less than 50 miles from the Italian capital. One-third of the region is made up of national parks, it’s incredibly mountainous, and it’s home to some of the country’s best-preserved medieval and Renaissance hilltowns. Yet because Abruzzo has no big cities or major monuments on the radar of most tourists, even those picturesque hilltowns remain mostly unseen by outsiders.

On this page, you’ll find a basic overview of travel information for Abruzzo, including links to other articles on WhyGo Italy to help you plan your Abruzzo trip. If you have trouble finding what you’re looking for, please don’t hesitate to let me know. 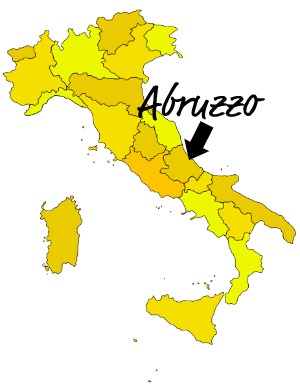 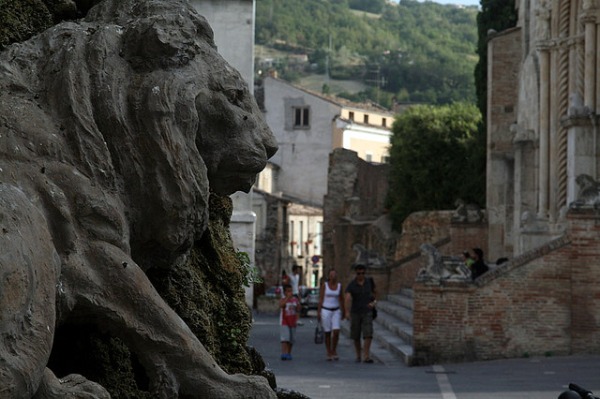 Where to Stay in Abruzzo

Owing to its largely mountainous landscape and rural nature, Abruzzo isn’t as full of big hotels as some other regions. Outside the larger cities and towns, you’re most likely to find smaller family-run hotels, vacation rentals, B&Bs, and agriturismo options. Additionally, because the region is popular for outdoor pursuits, there are also camping opportunities in Abruzzo for the budget traveler.

During the summer, the Abruzzo coastal towns are more popular as vacation destinations for Italians, so accommodation along the beaches is more expensive and more difficult to come by. Keep in mind that many budget-friendly accommodation options in more rural areas – places like small hotels, B&Bs, and farm stays – list themselves under “hostels” so they’re seen by budget-conscious travelers. Don’t disregard the “hostels” listings below, therefore, as all being dorm-style backpacker places. Also note that the further from a city or town center your accommodation is, the more likely you’ll need to have a rental car to get there and back.

Here are some links to articles about hotels and hostels in some of the cities in Abruzzo:

What to Do & See in Abruzzo

As mentioned, roughly one-third of Abruzzo is designated as a national park, so it probably won’t be surprising to hear that some of the top things to do in Abruzzo involve being outdoors. Among the parks lying entirely or partially in Abruzzo are the Abruzzo National Park, Majella National Park, and Gran Sasso e Monti della Laga National Park. The latter contains the Italian peninsula’s tallest mountain peak, Corno Grande.

The region is popular for its hiking, rock climbing, and horseback riding in the summer, and its skiing in the winter. In fact, with Abruzzo being so close to Rome it’s not uncommon for the capital’s residents to take day trips or long weekends into the Abruzzo parks for a break from city life. Abruzzo is also known for its beaches – Italians love their summertime beach holidays, and especially in August the Abruzzo beaches can get quite crowded.

When you get tired of the great outdoors, there are other things to do in Abruzzo. Like much of central Italy, Abruzzo is dotted with hilltop villages – but many of the Abruzzo villages are notable as being particularly well-preserved medieval and Renaissance towns. Some lie completely within the boundaries of national parks, too, which has saved them over the years from over-development. There are few things more enjoyable than to wander the cobbled streets of a hilltop village in central Italy, especially when it isn’t crowded with visitors. 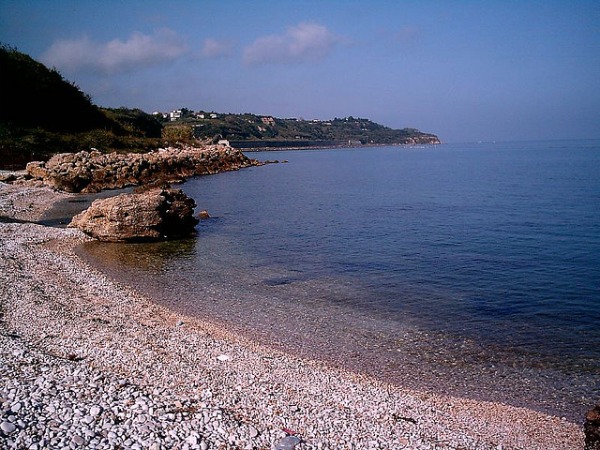 Where to Go in Abruzzo

Outdoor enthusiasts may want to make a beeline for one of the parks in Abruzzo – especially when the weather is nice – to see what city-dwellers in the area enjoy every chance they get. Even in the dead of winter, Abruzzo is a major draw for skiers – there are 21 ski areas, including the ski resorts of Roccaraso, Campo Felice, and Campo Imperatore.

The Abruzzo capital of L’Aquila is home to several notable churches, a 16th century castle, and the region’s main historic museum. Pescara, Abruzzo’s largest city, is also one of the region’s main ports and beach cities. The ancient poet Ovid was born in Sulmona, but the town is perhaps more famous today as being the home of those sugar-coated almond wedding favors known as confetti. And then there are those aforementioned well-preserved hilltowns of Castel del Monte and Santo Stefano di Sessanio, among others.

Here are a few of the cities and towns of Abruzzo you might have on your list: