Florence Hotel Tax: What it Costs & How to Avoid It

Following closely in Rome’s footsteps, the city of Florence voted recently to implement a hotel tax, which took effect July 1. Although the cost of the tax itself is small in comparison to the amount you’ll spend on your whole Italy trip, it doesn’t feel good to think you’ve been swindled out of money unexpectedly – and that’s exactly what it may feel like if you don’t know the details of the new Florence hotel tax in advance.
Here, then, is information about the Florence hotel tax, including how much it will cost you and how to avoid paying more tax than you need to during your trip. 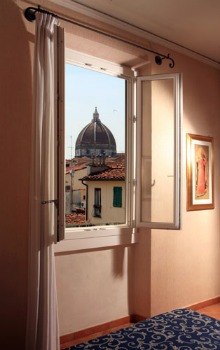 Like the Rome hotel tax, the tax in Florence is also based on how many stars a hotel has – more stars equals a higher per-night tax. In fact, calling this a “hotel tax” isn’t completely accurate, either, as it applies to hostels, apartment rentals, and even camping.
Generally speaking, the tax amounts to €1 per person per night and per hotel star – but here’s a more detailed breakdown of what you’ll pay per person/per night for the various accommodation options in Florence:

‡ Note that while hostels are listed as charging only €1 per person per night, the process of getting licensed as an official hostel in Italy is more complicated than many people are willing to deal with. Because of this, many of the places calling themselves “hostels” may not be officially registered as “hostels” with the city – and will, therefore, charge a different per person/per night rate. Ask when you’re booking what the tax rate will be.
* Agriturismo properties are given “spiga” designations rather than “star” designations; there are 1-3 spighe available. The word spiga in this case means a stalk of wheat, which is the symbol of agriturismi.
** Properties that are essentially residential hotels are called “residence” in Italian; they have many of the services of hotels, but people tend to stay in them for much longer periods – like you might in an apartment rental (but they’re often much cheaper than apartment rentals). These are given “key” designations – chiave in Italian – rather than “stars.”
A few important notes about the Florence hotel tax:

>> Official details about the Florence hotel tax (PDF, in Italian) 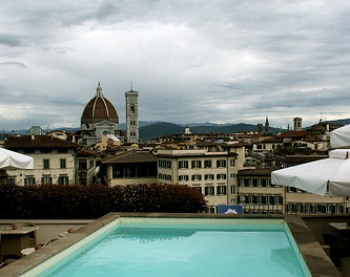 So, you aren’t lucky enough to have relatives or friends in Florence with whom you can stay while you’re visiting the Tuscan capital? That will mean booking a bed in the city, and now that comes with an additional tax. Since the amount of tax per night varies, there are a few things you can do to limit the amount you’re paying on accommodation taxes.

Further reading about accommodation in Florence