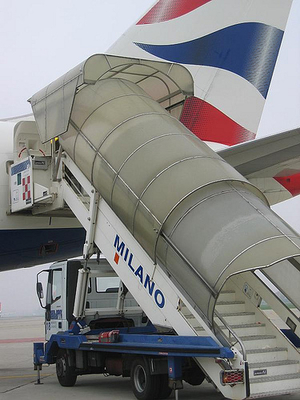 If you’re anything like me, you probably think hunting for an airport hotel isn’t exactly fun stuff. A hotel in a city center means you’re going to see something in the city – whether you’re there for business or pleasure – but an airport hotel? That means you’ve either got a pre-dawn flight out or such a late arrival that you’ll be incoherent. Either way, it doesn’t translate into “fun” in my book.
Still, you’ve got things you’ll need at an airport hotel – close proximity to the airport being top of the list. So although there are lots of Milan area hotels that either had “Malpensa Airport hotel” in their description or use the word “Malpensa” in their title, a quick look at a map shows how far some of them are from the actual airport. The Malpensa Airport hotels I’ve listed here are actually close enough to the airport to be useful for flights in or out.
To learn more about each of these Milan Malpensa Airport hotels, you can click on the icons on the map below – or you can scroll further down to read a short description about the hotels and then click through to the links for more details. If you choose to click through the map, note that some of the hotels are so close together that the icons might be overlapping to such a degree you won’t see all of them. You may need to zoom in further to differentiate between individual hotels.
Either way you decide to find out more about them, you have my condolences for whatever’s requiring you to book an airport hotel in the first place.