Vacation Rentals in Italy: What to Expect

No matter how much you might be aware that apartments and houses in Italy aren’t like the ones you’re used to where you live, it can still come as a surprise when you turn the key to your Italian vacation rental and find it doesn’t feel quite like “coming home.” 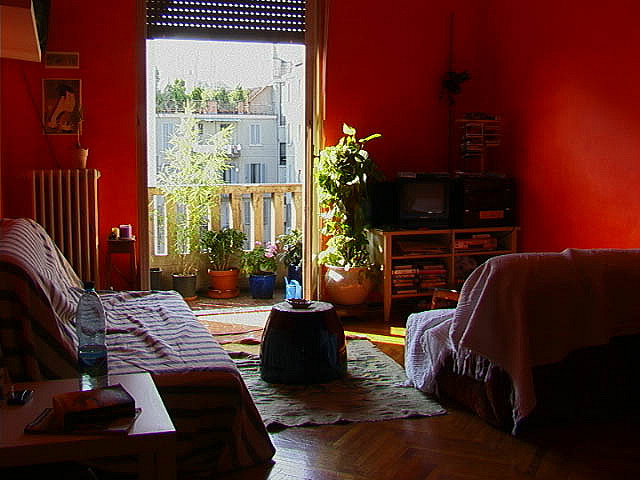 Some of the little surprises that come when you rent a vacation home can be delightful, some make for good stories when you get home, and others can be completely frustrating if you’re not prepared for them. To help alleviate that last category, here are some things to be aware of about Italian apartments and houses so you’re better able to enjoy your vacation rental.
Want to dive right into hunting for a vacation rental in Italy? Browse these listings:

>> Read about 6 reasons to rent a villa in Italy

Before you can even see your apartment, you may be confused about how to get in. Many door locks require you to turn the key not once or twice but three or four times in order to fully lock or unlock. You’ll know when you’re done when the door either does what you want it to, or it doesn’t go around anymore. Note that there will also often be a key for every entry point – the front door of an apartment complex, the door to a particular building (if there’s an inner courtyard you need to pass through), and then the door to the apartment itself.

Should you be staying in an apartment for any length of time and expecting guests, you’ll likely need to use a buzzer system to let them in. Visitors will ring your doorbell from the selection of buzzers outside the main door to the building, and you’ll have a special phone in the apartment which you can answer and then push a button to “buzz” them through (the button temporarily unlocks the door remotely).

Living spaces in Italy are, for the most part, significantly smaller than their counterparts in North America. Rooms are smaller, the furniture is smaller (you’ll rarely find anything larger than a queen-sized bed in Italy), the storage spaces are smaller, and the appliances are smaller. Kitchens often have what look like the tiny fridge I had in my college dorm room, but this is partly due to the Italian emphasis on shopping frequently for the freshest and best ingredients. Smaller living spaces are found throughout most of Europe, and people have gotten very creative about using space, so you may even go home with a few space-saving tips to apply to your own house.

If you’re renting an apartment, you might expect every apartment building to have an elevator – but they don’t. It doesn’t have to be an historic building to be stairs-only, either. You can either make sure you’re only looking at apartments in buildings with an elevator (or a “lift” as it’s often called in Italian rental listings), or you can look for apartments on the ground floor or first floor (which are the American first and second floor, respectively) to minimize stair climbing. Or, you can climb lots of stairs and have rock-hard legs when you get home!

As mentioned, the rooms are smaller in most Italian homes – and that’s especially true of the bathrooms. These are often barely big enough for two people to make use of at the same time, and shower stalls can be tight squeezes. Bathtubs are fairly common in Italy, and you may even find that the only shower is a hand-held nozzle with nowhere on the wall to hook it for when you want to rinse out your hair.
Another common issue with showers in Italy is that there’s often very little to keep the spray of the shower from going all over the place – there usually aren’t shower curtains, and sometimes there’s just a small semi-partition at one end of the tub. Keep your things away from the shower, and if the bathroom is all tile (which most are) then at least it’s easy to sop up water later on.
Finally, you’ll almost always find both a toilet and a bidet in Italian bathrooms. If you’ve never used a bidet, this could be the ideal time to give it a try – but if you’re not interested, just ignore it. It won’t bite.
>> Read this funny and informative post on how to flush an Italian toilet

Despite the fact that much of Italy is plagued by mosquitoes during the summer, the Italians don’t have screens on their windows. In fact, I’ve never seen them for sale nor have I ever found an Italian word for “window screen.” (If you’re sensing a business opportunity here, you’re not alone.) The best way to keep mosquitoes out of your rooms is to make sure that anytime you’re in your room after dusk that the windows (or at least the shutters) are closed when you’ve got a light on – and get one of those plug-in bug repellents at the store, if there isn’t already one in the apartment, for every bedroom.

You may sense a theme here, but it’s true – even the washing machines are smaller in Italy. You won’t be able to fit even a third of the size of a load of laundry you’re likely used to doing, so it’s a good idea to do laundry more frequently rather than letting it pile up until you’ve got 5-6 loads in a row to do (which is no fun, leaves you with not enough space to hang clothes to dry, and may cause you to run out of hot water quickly). Also note that washing machines are often found in the kitchen.
Electricity is exceptionally expensive in Italy, so even if a home has a washing machine, dryers are rare. Italians dry their clothes by hanging them – either on portable racks they put on balconies or in sunny spots indoors, or on lines that are affixed to the outside of the building.

Another product of expensive electricity is that lights in common areas are typically on timers. This means the lights in apartment building entryways and hallways are off by default. There’s usually a button near the door with a small orange light on it (so you can find it in the dark!), and pressing the button will make the lights go on for a predetermined amount of time. It should be enough for you to get to where you need to go, or at least to the next button which you can press for more light.

Most Italians don’t have dishwashers – they do dishes by hand – so get used to that. In vacation rentals you’re not likely to find a huge supply of dishes or silverware anyway, so you’re going to need to do dishes more frequently than you might at home. A particular favorite aspect of dishwashing for me are the drying racks you sometimes find occupying the bottom shelf of the cabinet above the sink.

While it used to be that Italians didn’t have air conditioning in private homes, that’s changing somewhat. Many younger generations don’t have the same superstitions against cold air that their grandmothers did, and are installing A/C units in individual rooms (usually bedrooms). You may have a portable A/C unit in your apartment rental, which may need to be vented out of a partially open window, so ask if you don’t know how to operate it or you’ll end up with a watery mess on the floor if it’s not vented properly.
Many homes still don’t have air conditioning, so don’t be surprised if you don’t have it. Homes without A/C usually have big shutters that can be closed during the hottest part of the day to keep out the sun. When the shutters are open, be sure to latch them onto the building (you’ll be able to reach the latches by leaning out of the window) so they don’t clang around in the wind.

You won’t often find wall-to-wall carpeting in Italian apartments – floors are usually wood or tile – so in buildings with multiple floors you’ll want to remember to tread lightly so your downstairs neighbors (however temporary) aren’t driven to insanity by your high-heels all day. This is also a warning that you may hear the comings and goings of your upstairs neighbor more than you’d expect, too. Hopefully they’re exercising common courtesy and taking off their shoes before they run around in their apartment.
photo by Eoin Murphy