Venice Hotel Tax: What it Costs & How to Avoid It 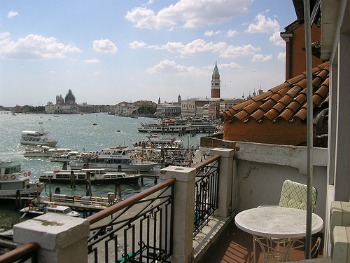 2011 is, as far as I’m concerned, going to be known henceforth as the year of the hotel taxes in Italy.
In January 2011, Rome added a new per-night tax on hotels in the city. In July 2011, Florence followed suit. As of August 24, 2011, Venice will also have a per-night hotel tax on its books. Since these are the main cities most visitors to Italy want to see, it’s unlikely that vast numbers of tourists will all of a sudden say, “Right, we’ll just skip those cities, then.” For most people, it’s going to be a case of budgeting an extra few euro each night to make their Italy trip a reality.
There are differences in how much is charged per night according to the kind of accommodation you choose, however, as is the case in Rome and Florence. Here, then, is what you need to know about the Venice hotel tax, including how much it will cost for the various accommodation categories in the city as well as some ideas to help you avoid paying more tax than you need to during your trip.

Like the taxes in Rome and Florence, the hotel tax in Venice is also partly based on how many stars a hotel has – more stars means a higher per-night tax. In Venice, however, there are added complexities to how much you’ll pay per night. The factors that go into how much the per-night tax in Venice will be are:

It’s kind of confusing, so hopefully this chart will help you figure out what you’ll pay per person/per night for the various accommodation options in Venice. Be sure to read the additional information below the chart, too.

Important notes regarding the table above:

‡ Note that while hostels are legally listed as “exempt” from this tax, many places that call themselves hostels in Italy aren’t legally registered as such. It’s complicated to get officially licensed as a hostel, so many choose instead to register as a B&B or a room rental – which means they’re subject to the taxes that a B&B or room rental would be, rather than to the exemption that hostels are offered. Find out whether the “hostel” you’re looking at is officially registered as a hostel before you book so you’ll know what the tax rate will be.
>> Official declaration about the Venice hotel tax (in Italian), and a breakdown of all the tax rates (PDF, in Italian) 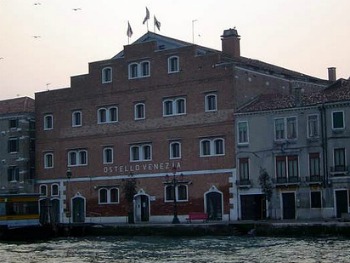 What’s that? You don’t have long-lost cousins with a palazzo overlooking the Grand Canal, with whom you can stay during your Venice visit? Okay, so I’m being sarcastic, but you get the idea – the bottom line is that if you’ll be visiting Venice for anything more than a day trip (which I still highly recommend) you’re going to need to book a place to stay. And as of August 24, 2011, that place to stay is going to cost a bit more.
Since the amount of the tax varies quite a bit, however, there are ways to avoid paying the highest tax rates. Here are things you can do to make your stay in Venice cheaper.

Further reading about accommodation in Venice