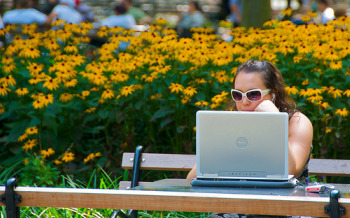 When I first started looking around online for blogs and websites written by expats living in Italy a few years ago, I was surprised at how many there were. Since that time, the number has grown exponentially – and I’m still finding out about new (to me) sites every day. So when I sat down today to make a list of what I think are some of the best expat blogs, I should have known what a difficult task that would be.
In the end, I’ve decided to break the list down into a few articles, which I’ll post over the next few weeks. To start with, I’m going to highlight some of the expat blogs in Italy that I think are most helpful. These are the sites that aren’t just about “here’s what my daily life in Italy is like” (I love those blogs, and I’ll get to those in another article), but the ones that offer some kind of assistance to people who are traveling to Italy or who (like me) are hoping to become expats themselves. I’ve found the authors of these sites to be generous with their time and information, and in most cases they’re now friends of mine – either virtually or “in real life.”
As mentioned above, this list – indeed, the entire collection of lists – will by no means be exhaustive. Either Italy is attracting more and more expats every day, or more of the expats who are already living there are deciding to start blogs (or some combination thereof) – whatever the reason, the number of expat in Italy blogs is undoubtedly going to keep growing. Which means eventually I’ll have to update these lists. But for now, I bring you:

Expat in Italy Blogs with the Most Helpful Authors

Did I miss your favorite helpful expat blog in Italy?

I said this was by no means an exhaustive list, and that new Italy expat blogs are popping up daily (or so it seems), but if you think I’m missing a blog that should be listed here please let me know in the comments. Despite having a long list of Italy-related sites I already follow, I really do enjoy finding out about new blogs that are written by interesting and helpful people.
photo by Ed Yourdon