A Trip to the Lamborghini Museum 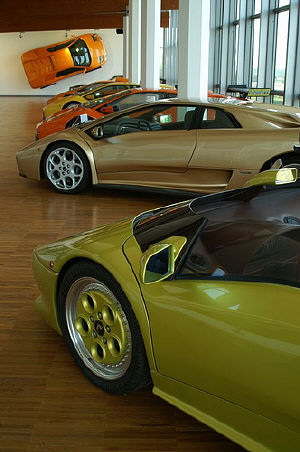 Even if you’re not a hard-core automotive enthusiast, the name Lamborghini will no doubt be familiar to you. This famous car maker in Italy has been producing some of the most sought-after luxury sports cars in the world for decades (including one of the most expensive Italian cars made) – and if you do happen to be a car nut, you’ll be pleased to know that the Lamborghini Museum outside Bologna is an excellent addition to your Italy itinerary.

Lamborghini has been based in the village of Sant’Agata Bolognese, about 21 miles from Bologna, since the company was born in 1963, and that’s still where the cars are made today. But in addition to the Lamborghini factory, the complex at Sant’Agata Bolognese also includes a top-notch museum of Lamborghinis, from vintage cars to race cars to concept cars. The two best things about the Lamborghini museum, opened in 2001, used to be the window overlooking the factory floor so you can see the cars actually being made, and the lack of an admission fee (I used to think that was the only thing Lamborghini had its name on that didn’t cost a small fortune), but according to the official website there’s now an admission fee. Well, at least the factory window is still there.

>> Find driving directions to the museum, plus bus & train options, further down the page or by clicking here.

Visiting the Lamborghini museum is easier than you might think. Most websites say that you’ve got to arrange your visit to the museum ahead of time (some say up to four days in advance), but when I visited the museum I didn’t pre-arrange anything and was able to just walk in without any questions. And in fact, many of the websites that talk about calling the museum in advance also say that even though they followed the instructions they weren’t asked whether they’d called ahead when they actually showed up. I can’t find any evidence that says you’ll be turned away if you don’t pre-arrange your visit, but if you’re paranoid and don’t want to risk being turned away, contact information for the museum is at the bottom of this post. 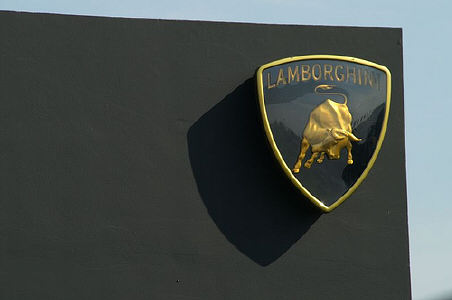 The Lamborghini Museum has an incredible collection of cars on display over two levels. The cars are, as you’d expect, polished to a gleaming shine – but what I didn’t expect was that the older cars would actually show some signs of their age. A few of the cars have, when you look closely, small nicks in the otherwise beautiful paint jobs. Instead of detracting from the look, however, what those nicks said to me was that these cars had been loved in the best way possible – they’d been driven by people who appreciated them rather than permanently garaged. And that impression is further borne out by the fact that many of the cars on display came from the company’s founder’s personal collection. 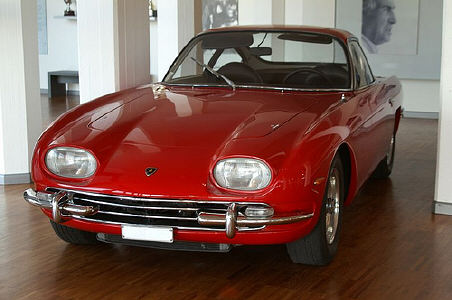 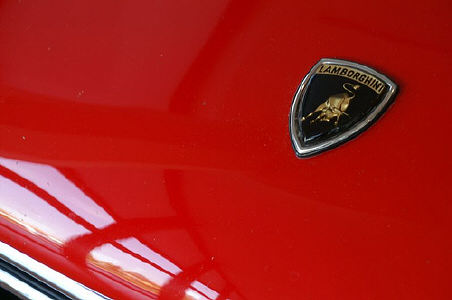 The Lamborghini Museum’s first floor looks almost like a parking lot, with Lamborghinis from several different decades lined up nose-to-tail along the walls as well as several others set apart from the rows of cars. I’ll admit that I’m not a car person, so other than the fact that I find them interesting to photograph I really have no idea what I was looking at. The husband, on the other hand, was in heaven. 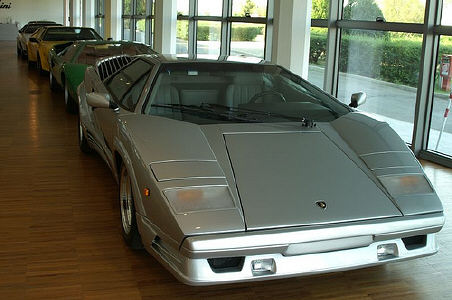 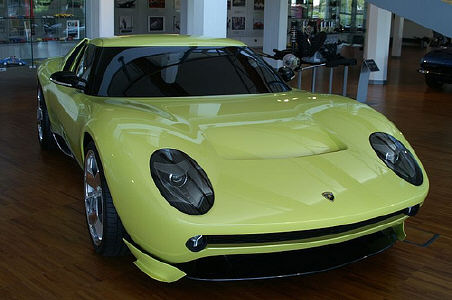 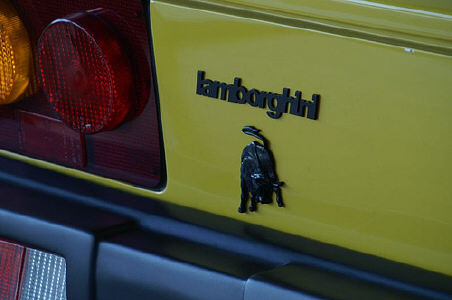 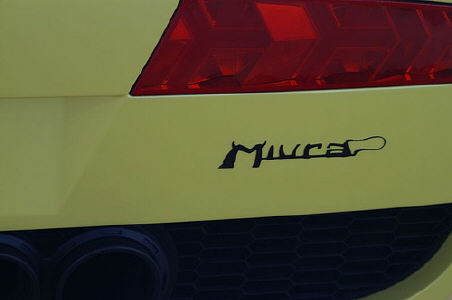 On the second floor of the museum, you’ll find some of the race cars Lamborghini made during the 1980s and 1990s, some of the company’s concept cars, and the window that gives you a peek onto the factory floor. The Lamborghini website indicates that there are opportunities for guided tours of both the museum and the production line, for which you’ll definitely need to arrange a visit in advance via email. If you don’t want to pay the extra money for a factory tour, or you’ve got small kids who aren’t allowed into the factory, the window from the museum offers a glimpse of the production floor for free. 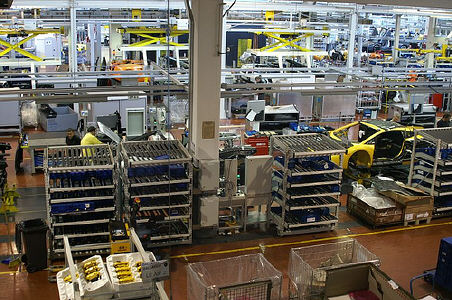 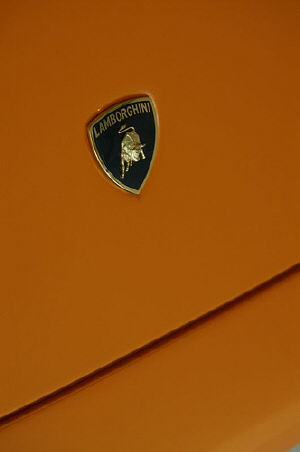 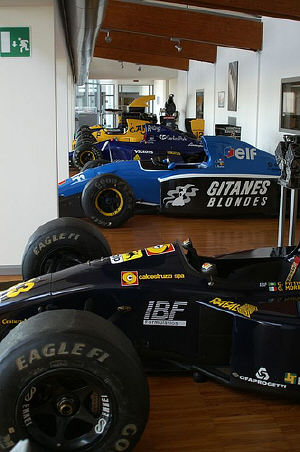 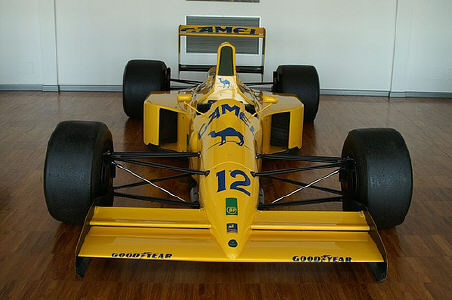 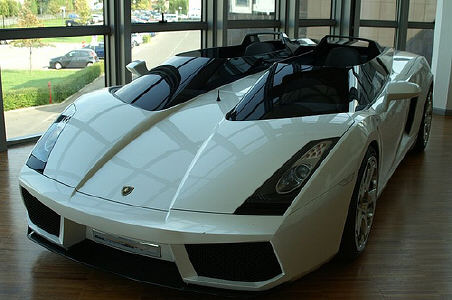 Unlike just about every other museum I’ve been to on the planet, this one doesn’t dump you into a gift shop as you’re leaving. In fact, finding the gift shop at Lamborghini is something of a challenge. The front desk of the factory is in a different building than the museum, so when you depart the museum you’ll need to head to the building next door. When I visited, the people at the desk spoke minimal English (enough to tell me that the museum was free of charge and we could just wander over unattended) and seemed totally uninterested in talking with tourists. And that makes sense, because they’re not tour guides – they’re Lamborghini employees, and that’s the front desk of the factory. But if you politely ask where the gift shop is, they’ll direct you around the corner to the left, where you can drop all kinds of euro on Lamborghini gear. 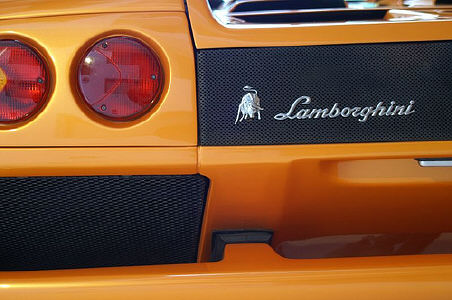 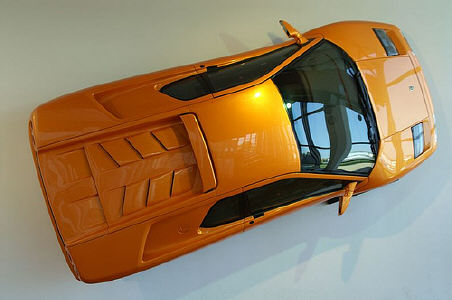 Yes, that’s a car on the wall

What You’ll Find at the Lamborhini Museum

According to the official Lamborghini website, here are some of the cars on display at the museum:

How to Get to the Lamborghini Museum

A trip to the Lamborghini Museum is easiest if you have a car at your disposal, because the complex isn’t in a tourist area or even the center of Sant’Agata Bolognese. It’s a great side-trip if you’re staying in nearby Bologna – just stop into the tourist information office on Piazza Maggiore before you head out and they’ll give you an excellent driving map with instructions on how to get to the museum. The Lamborghini website includes the following driving directions from the town of Modena (why they assume you’re starting in Modena is beyond me): “direction Ferrara -> direction Nonantola -> direction Bologna -> S. Agata Bolognese (around 40 minutes).” In other words, unless you find those instructions helpful, you’ll want to stop at the tourist information center first!

Admission: €10 for museum only, €35 for museum + production line visit
(children aged 6-10 are allowed in for free with paid adult, children under 6 aren’t allowed onto the factory floor for safety reasons)