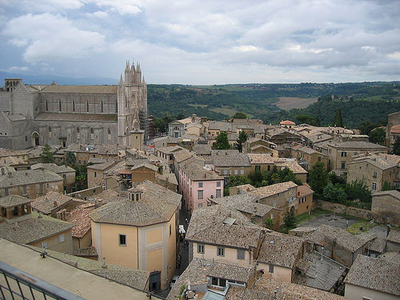 Rome‘s nickname is the Eternal City, but unless you have an eternity there you’ll never see everything. And you shouldn’t try – you’ll just wear yourself out completely, which is no way to spend your holiday. But even though you’d never really run out of things to see or do in Rome, there are still plenty of good reasons to get out of the city for a day or two. Luckily, there are plenty of great options for day trips from Rome.
One of the best reasons to escape for a day is the city itself. If Rome is getting to you after a couple days and you still have enough time left in your visit, then getting beyond the city limits for a break is an exceptionally good idea. Another good reason is that while traveling around has its perks, all that packing and unpacking when you’re constantly moving from place to place can be a headache. Which means that if you’ve gotten comfortable at one of the hostels in Rome or found a steal of a deal at one of the cheap hotels in Rome, you might as well stay there and just make day-long excursions. And if you’re like most people, having found the best airfare deal on airline tickets to Rome instead of splurging on open-jaw tickets, that means you’ll be starting and ending your trip in the capital city. If that’s the case, why not take advantage of an extra day or two in Rome by visiting another place nearby?
Most of the places on this list are easily accessible via public transportation from central Rome, which makes them ideal day trips – even if you’ve got a rental car and are planning to drive your way out of the capital eventually. I’ve also tried to include a variety of kinds of destinations, so that you can visit another city if you’re not all citied out – but you can also take a break from the big city in some of these places as well. And it’s likely I’ll be adding to this list eventually, so if you have suggestions of places I should add, please let me know in the comments below.

Did you know you can book discounted shore excursions in Rome without going through the cruise line? And that they’ll guarantee to have you back at the ship in time for depature? Find out more: Discount Shore Excursions from Rome

photo at top by rdesai