Most web-savvy travelers have heard of TripAdvisor, one of the big travel websites – and since this is the time of year when everyone comes out with their “travel destinations to watch” lists for the upcoming year, it’s not surprising that TripAdvisor has their own version of that list. But what you may not know is that not only are there two destinations in Italy on their list of 2009 travel trends, an Italian city took the #1 spot. So I thought I’d take a look at the two destinations which made the list: Budoni in Sardinia, and Peschiera del Garda in Veneto. 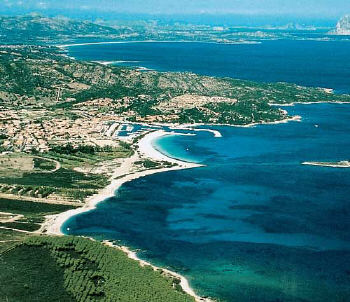 The town of Budoni is located on the northeastern coast of the island of Sardinia (Sardegna in Italian), roughly 170km from the island’s capital city of Cagliari. It’s in the province of Olbia-Tempio, and 30km from the town of Olbia. When last counted, Budoni had around 4,000 residents. What’s more, the town’s website currently says it’s “under construction” – although that may change if TripAdvisor readers start flocking to the town next year.

So what does Budoni have going for it? Well, it’s located on the Sardinian coast, which is (and has long been) popular with seaside vacationers. Italians make their way to the ocean in droves every August, and many of them head for the beaches of Sardinia. Which means that while Budoni might be a sleepy town for much of the year, that small population swells exponentially in the summer. Budoni’s beaches aren’t as massive as you might expect for a town that calls itself a “seaside resort,” but the town center is a short walk from the closest beaches and the scenery surrounding the town and the beaches is stunning. 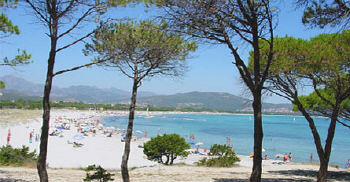 Budoni’s beaches have been described as “Caribbean beaches,” and the clear turquoise water only adds to that impression. In fact, it was in the waters off Budoni where the record for free diving was made back in 1998. The town itself has one main street, and can probably more accurately be described as a village, but due to the large numbers of tourists who visit each summer there are plenty of cheap hotel rooms and apartment/house rentals you can choose from (provided you don’t wait until the last minute, that is). 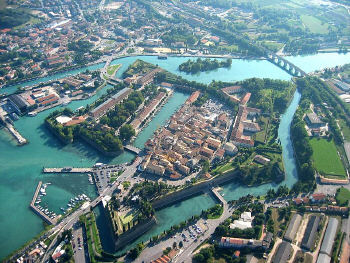 The town of Peschiera del Garda is in on the western border of the Veneto region in northern Italy, near the border with the Lombardy region. It’s only about 25km from Verona. At last count, Peschiera del Garda’s population was about 8,500 people, and unfortunately the town’s website is only in Italian. Still, there are several reasons why Peschiera del Garda may have come in at #5 on the TripAdvisor list.

For one thing, there’s been a town on this site since Roman times – back then, it was known as Gallia Transpadena. And although there aren’t major Roman ruins to visit in Peschiera del Garda, the town does boast a 16th century island fortress. The fortress was an important military post during the Napoleonic wars, and then again during the First Italian War of Independence when the goal was to reclaim the entire region from the Austrians. 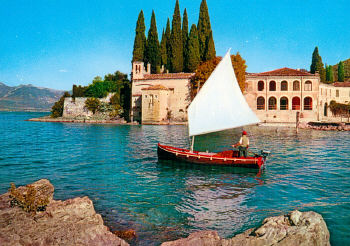 But by far the most popular reason to visit Peschiera del Garda is the lake that’s right in the town’s name – Lago di Garda, or Lake Garda. The town is right on this picturesque lake, and the equally pretty river which runs through the town flows into the lake as well. Peschiera del Garda sits on the southern-most tip of Lake Garda, and is easily accessible from several cities in the surrounding regions, so it’s not surprising that the town has lots of hotels to accommodate the influx of holiday-makers. In addition to that, there are apartment rentals and people who rent out rooms in their own homes, and Peschiera del Garda is home to most of the campgrounds in the area as well.

Why these cities?
TripAdvisor doesn’t elaborate on why they picked the cities for their list of 2009 travel trends, but the cities that make the list of “emerging travel destinations” do seem to share one thing in common which TripAdvisor also notes is an overall emerging trend in travel – going green. Now, that can mean two things, and in the cases of both Budoni and Peschiera del Garda it does. On the one hand, it can mean trying to lessen one’s environmental footprint by doing more eco-travel, and in another sense it can mean simply getting out and enjoying the best of what nature has to offer.

While I think there are other destinations on the planet doing more to promote eco-travel, I do think that both Budoni and Peschiera del Garda make great use of their natural resources. And, like many small towns which routinely deal with a major onslaught of tourists, they’re also doing what they can to minimize the impact of all of those people. After all, if they did nothing, their towns would soon become trampled and all the things that make people visit now would disappear.

When it comes to enjoying nature, however, Budoni and Peschiera del Garda have that covered in spades. The hills surrounding Budoni are lightly inhabited and perfect for exploring (if you ever get tired of exploring the gorgeous sandy beaches, that is), and Peschiera del Garda’s position on one of Italy’s beautiful lakes makes it a real treat for nature lovers.

So, whatever the real reasons behind TripAdvisor’s choices, it’s not hard to see why someone might want to visit either Budoni or Peschiera del Garda next year – or any year.