Top 10 Things to Do in Florence 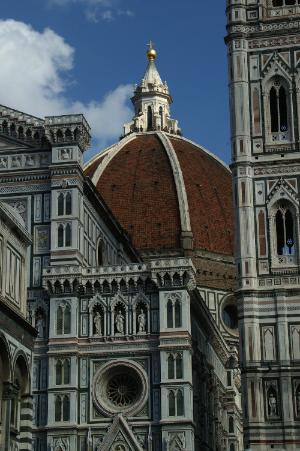 Before my first visit to Florence, I’d heard and read that one could easily spend a week in the city madly running from museum to gallery and still not hope to see all the art there is to see. Rather than fill me with excitement, that idea made me nervous. I knew I only had three days on that trip (and not even three full days, something like 2.5 days, really), and I just hated the thought of frantically darting around trying to see everything. Thankfully, once I arrived in Florence – and fell completely in love with it – I pulled myself together and had a wonderful time. I’ve been back to visit since that first trip, and I’ve still not seen everything there is to see. In fact, I may never see everything in Florence – but I don’t mind trying.
Now, if you’ve got limited time in Florence like I did on that first trip, you’ll be looking for a to-do list that lets you hit the highlights and not miss anything truly important, right? While everyone’s list of “must-see” sights in Florence is going to contain the really big-deal attractions, those lists are also going to have as many differences as they do similarities. So even though I’m delivering my Top 10 Things to Do in Florence below, I hereby give you permission to tailor it to suit your own needs.
As an aside, I have to say that I knew creating this list of the top 10 things to do in Florence would be hard, but I had no idea how hard. Florence is a city that isn’t easily condensed into short to-do lists, as you’ll find when you visit (or already know from past trips). I could probably change this list in a few different ways and be as content with it as I am now – so if your top 10 list looks different than mine, I just might agree with yours, too.

Top 10 Things to Do in Florence (According to Jessica)

You may have lost track of all the fake “David” statues by this point in your wandering around Florence, and you may be wondering where the real one is. Well, although it doesn’t make my top 10 list, the real “David” is in the Accademia and – if you don’t think anything but the original will do – it’s worth a visit. The main reason I didn’t include it here is that it’s a hefty admission fee for one piece of art. Yes, there are other things in the Accademia, but none of them compare to the “David” – and most people make a beeline for Michelangelo’s masterpiece and then head right back out again. So, unless you’re not content seeing the replicas of “David” all over the city and you simply must see the real thing, you can skip the Accademia and not feel too badly about it.
>> Find out more about what to do in Florence
original photos, from top to bottom, by: Jessica Spiegel, cfwee, kmakice, Gaspa, Aschaf, robin.elaine, DuccioBartolozzi, Mick Ø, GOC53, mahesh f, and Jessica Spiegel
[display_feed=https://www.italylogue.com/tag/florence/feed;title=Other articles about Florence;items=10;desc=0]