Why You Shouldn’t Say “Ciao” in Italy 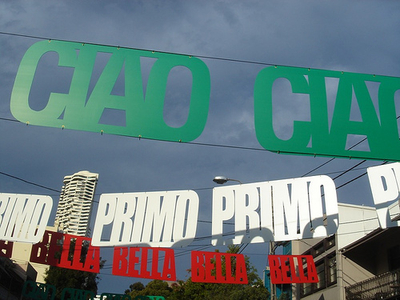 Even if you don’t plan on learning Italian before a trip to Italy, you probably know plenty of Italian words already. You’ll be able to recognize many of the things on a restaurant menu, since pasta names in Italy are the same ones used in other parts of the world, and Italian coffee has thankfully spread everywhere. But one Italian word, which has crossed borders and become an incredibly common greeting the world over, is something you might want to think twice about using.

It seems innocuous, right? I’ve heard the word ciao described as the Italian version of “aloha,” meaning both “hello” and “goodbye,” so how can that be bad?

As with many things in Italy, it all comes down to history.

History of the Word Ciao 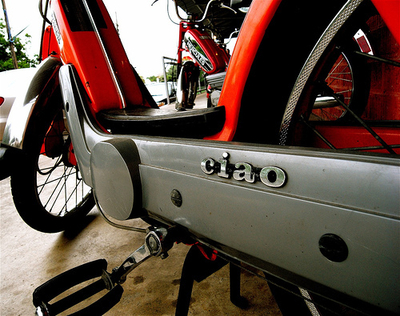 Ciao (pronounced CHOW) as we know it today has its roots in the Venetian dialect, where the phrase s-ciào vostro meant “I am your slave.” Often, s-ciào vostro was shortened to simply s-ciào. While the idea among the Venetians who used with one another wasn’t a literal translation of the phrase (they meant it more along the lines of, “if you need anything, lemme know”), the Italian word that remains currently in use for the word “slave” is schiavo (sk|YA|vo) which is where s-ciào came from in the first place. So the link isn’t entirely meaningless.

Now, whether the old s-ciào was intended to imply actual slavery or not, because of the origins of ciao it remains to this day a very informal greeting or parting word. This means that unless you know someone already, or unless they say ciao to you first, your best bet is to pick another slightly more formal greeting.

You’ve no doubt heard the word arrivederci (ahr|ree|veh|DEHR|chee) in Italian films or if you’ve spent any time in Italy already, but this is also an informal word. The formal version is arrivederLa (ahr|ree|veh|DEHR|lah), so if this one strikes your fancy then I’d recommend starting with arrivederLa and waiting until the person you’re talking with tells you that’s too formal. At that point, arrivederci is perfectly fine. One important point with either of these options, however, is that they only mean goodbye – not hello – so you can’t use them to start a conversation, only to end one.

You could also use the words buongiorno (bwon|JOR|noh) or buona sera (bwon|ah SEHR|ah), depending on the time of day. These can be both greetings or parting words.

But perhaps my favorite alternative to ciao is even simpler, and you don’t need to worry about a formal or informal version or what time of day it can be used. It’s salve (SAHL|vey), which is more formal than ciao but not as formal as arrivederLa – it’s the perfect compromise. It’s incredibly polite, and instead of hinting at a meaning of slavery the word salve hints at a meaning of good health, which is a lovely way to greet people if you ask me.

Unfortunately, the only quirk with salve is that it’s not used when you say goodbye, so when leaving people I don’t know well I’d still go with buongiorno or buona sera (or you can use arrivederLa or arrivederci to say goodbye, too).

Does this mean I can’t ever say “ciao?” 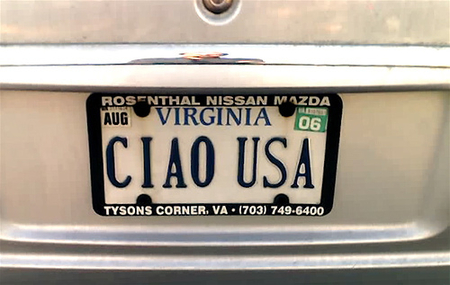 Of course the answer to this is no. You’ll hear ciao being said all over Italy – it’s an incredibly common greeting throughout the country. But if you’re paying closer attention, you’ll see that it’s almost always used between people who know one another or are in the same peer group. Among strangers, or when addressing an elder or someone more senior, even most Italians typically choose salve or some other more formal greeting.

As with many living languages, this is changing. Younger generations are using ciao more and more as the word of choice for both “hello” and “goodbye,” and I wouldn’t be surprised if eventually it becomes acceptable as a common, everyday, formal-enough greeting. For the time being, however, I can attest to having gotten sideways glances from older Italians I didn’t know to whom I said ciao without thinking.

For the most part, you won’t be seen as rude or overly informal if you simply say ciao to a shopkeeper or the person selling tickets at the museum. But if you can remember to start with salve instead, the Italians will think your language skills are even better than they really are. And in Italy, that’s a big deal.