Loyal WhyGo Italy readers may get tired of hearing me talk incessantly about how eating in Italy totally counts as sight-seeing, but rest assured I’m not the only one who’s enamored with Italian food. Today’s guest post is by Kenny Dunn, an American expat living in Rome who loves Italian food so much he runs Eating Italy Food Tours. Kenny has a sweet tooth (as do I) so in this post he’s covering the various sweet treats visitors to Rome should expect to find – and, in some cases, should make an effort to seek out.
When you have a sweet tooth that is as nagging as mine, then it’s a good idea to learn what you can about the local sweets scene before you go travelling to a foreign city. There is nothing worse than feeling that unmistaken hankering for something sugary or chocolaty or fruity without knowing where you can go to satisfy it.
For all of you dessert junkies (me included) that are planning a trip to Rome I have prepared this invaluable Sweet Tooth Survival Guide just for you (us). Below you will find six of the best local fixes in Rome for even the strongest sugar craving and where to go to indulge in them. 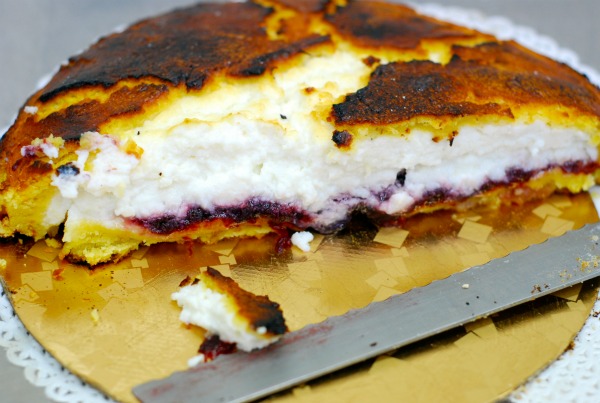 One of the oldest Roman pastries, Crostata di Ricotta e Viciole, is as good today as it was in the middle ages.
A true Roman classic, the crostata di ricotta or torta di ricotta (both names work) is one of many culinary contributions by Rome’s ancient Jewish community to the city’s own unique cuisine. This outrageously delicious dessert is made of a burnt, pie-like crust that is double stuffed with ricotta cheese and viciole (wild sour cherries). For those who feel that everything is even better if it has chocolate – have no fear, you can get a torta di ricotta with chocolate instead of sour cherries.
To indulge in this marvelous creation you must head to the Jewish Ghetto. While most bakeries and restaurants in the Ghetto have this Roman classic on the menu, the most famous place in all of Rome is Pasticceria “Boccione” Limentani. All you need is one bite of their crostata di ricotta and you will be smiling all day. 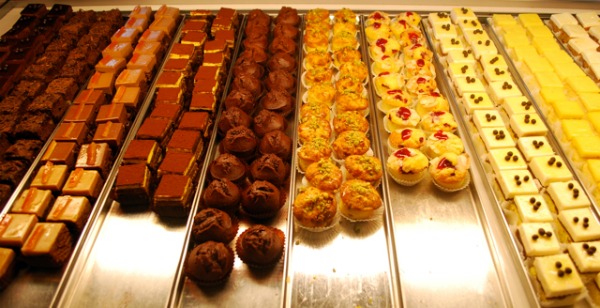 While just one of these bite-size masterpieces at Cristalli di Zucchero is all you need, good luck pulling that off.
When it comes to Italian desserts there may be none more known around the world than tiramisu. The word tiramisu literally means “pick me up” – with all the espresso that it contains there is no wonder why.
While the love for this culinary masterpiece is virtually unanimous, its origins are a bit more contested. Some say it was first invented in the town of Treviso near Venice, while others claim that it comes from Siena in Tuscany. All that really matters, however, is that it was invented – and in Rome it is readily available.
The consensus is that the best tiramisu in Rome can be found at Pompi in the neighborhood of San Giovanni, where they serve it at their large caffe – they also have their refrigerators stuffed with tins of this marvelous stuff to take home. If you are not craving a whole portion but just a mere taste, then head to Crystali di Zucchero where they serve mini tiramisu squares that are bursting with more sweet goodnes than most full-size servings. 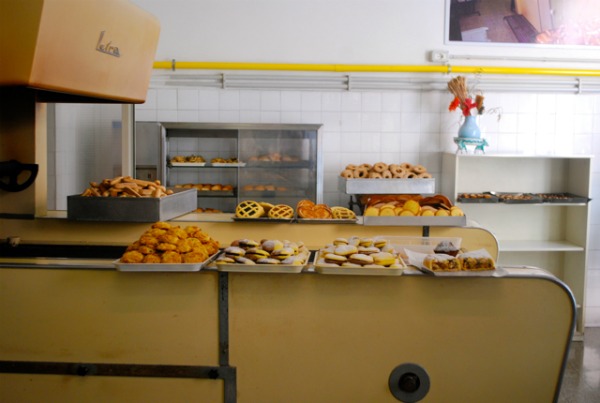 Biscottificio Artigiano Innocenti is an old-fashioned Biscotti palace.
A popular misconception outside of Italy is that the word biscotti refers only to that long, hard Italian biscuit that is dipped in coffee. The word biscotti in Italian means cookies or biscuits in general. Tozetti rather, is the name of only one kind of biscotti – the kind most people are familiar with outside of Italy.
Biscotti come in all shapes and sizes – soft, hard, long, short, stuffed with jam, chocolate or nutella, made with milk or without, as well as hundreds of other wonderful combinations. If you don’t know where to start your biscotti education, there is no better place to get introduced to this delicious world than Biscottificio Artigiano Innocenti in Trastevere. They have over 100 freshly-baked kinds of biscotti on display at all times along with the giant 8-foot old-fashioned oven in which they were baked. At Innocenti, like in all pastry shops, you pay by weight, so feel mix and match until your heart is content. 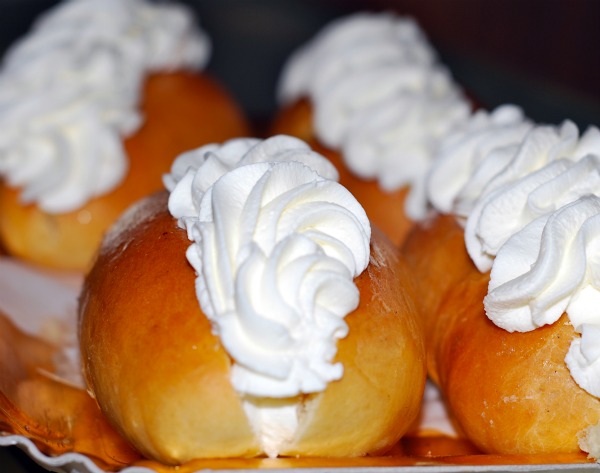 Could there be a better way to start off a marriage than with a box of maritozzi?
Food in Rome is very simple cuisine – desserts included.  A great example of the Roman’s ability to make something incredibly simple absolutely sinful is the Roman invention, maritozzi.
These are soft, sweet buns made with sugar, eggs, almond extract and candied orange peel and then filled with fresh whipped cream. The name maritozzi means “almost married” and it comes from the Roman pre-wedding tradition when the soon-to-be groom offers these sweet delights to his soon-to-be bride and her family.
If you want to try fabulous maritozzi then head to Barberini where this former 1940s latteria (dairy bar) turned pastry shop not only bakes them fresh throughout the day, they wait until you have ordered one up to fill it with their homemade whipped cream. 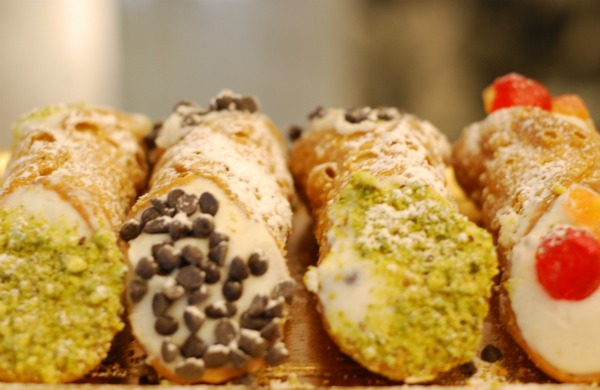 Cannoli are one of many contributions by Sicilians that have made this world a sweeter place to live.
Cannoli like tiramisu, has gained international status and fame. Many people may not know that cannoli (or cannolo in the singular form) are a traditional Sicilian sweet.
While no one is certain of the exact origin of cannoli it is believed that the Arabs who ruled Sicily nearly 1100 years ago invented this pastry. Later, cannoli were adopted by the Christians as a delicacy served during Carnival. Really good cannoli will have a thin outer shell and should not be filled with rich ricotta until they are ready to be served.
There are two phenomenal bakeries that I would recommend for cannoli and all other Sicilian sweets. The first is Bar Mizzica where locals line up until the wee hours of the night for their cannoli and other Sicilian delicacies. The other place is Rome’s loved Sicilian pastry chain called Ciuri Ciuri that has several fabulous locations scattered across the city. 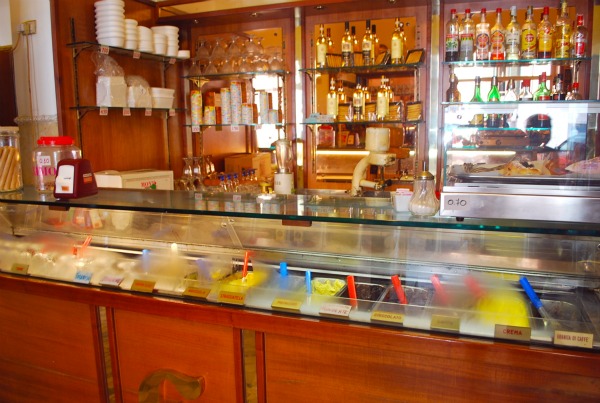 Some recipes do not need any improvement. Giolitti has been making homemade gelato the same way for 97 years.
Is it possible to put together a sweet tooth survival guide for Rome without mentioning gelato? Is not every visit to Italy motivated somewhat by gelato?
Gelato is the quintessential Italian frozen dessert. It is said to have been invented by the ancient Romans who used fresh snow from the mountains and added fruit – this was the original snow cone. However, the gelato we know and love today was first created in Florence for the Medici family and later perfected by a Sicilian fisherman named Francesco Procopio dei Coltelli, who mechanized the process with his own gelato maker. In Rome the challenge is not finding a gelateria – there is nearly one on every block – but rather to find a gelateria that uses natural ingredients and not powdered ones.
There are about a dozen fabulous gelato shops in Rome selling the real thing. I have listed here three notable places where your taste buds are sure to be dazzled. 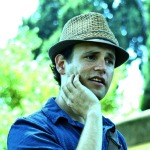 Kenny Dunn is the owner of Eating Italy Food Tours, offering daily food tasting and cultural walking tours through Rome’s most delicious and offbeat neighborhoods. For more information, visit the Eating Italy Food Tours in Rome website.
All the delectable photos in this article are all rights reserved by Kenny Dunn, and may not be used without permission.