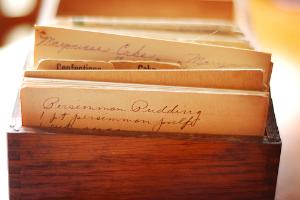 While lentils may be more closely associated with Indian than Italian cuisine, they’ve been fully adopted by many Italian cooks and are a quite common ingredient in central Italian cuisine. Judith Klinger sent me this recipe for lentil soup which she says is typical of Umbria and other parts of central Italy. It’s a great wintertime dish that’ll warm up both your kitchen and your stomach. I’m pleased to introduce what I hope will be a long series of guest-posted Italian recipes on WhyGo Italy with this easy Italian soup!

But before we get to the soup, I have to tell you the story of how Judith & I “met.” She was referred to WhyGo Italy via another expat in Italy, and responded to my call for Italian recipes without knowing that one of my friends in my local Italian conversation group is someone who also lives part-time in the same tiny Umbrian town Judith lives in! When I put two and two together and asked Judith if she knew that I was a friend of Jody’s, she and I both just about fell out of our chairs. Ahh, the wonders of the internet!

So, thanks to Judith for this recipe, and thanks to the internet for reminding me what a very small world this really is.

Add some crusty bread, a green salad, a glass of wine, a visit with old friends to a big bowl of this Italian lentil soup and you have all the makings of quite a memorable lunch! 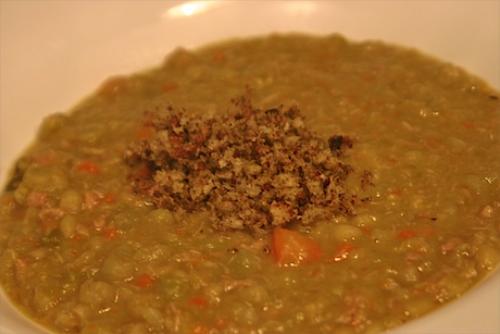 Judith Klinger splits her life between the hustle and energy of New York City and the ringing bells and slow pace of the medieval village of Montone, Italy. After running a successful apparel design company, she turned fulltime to her passion for food. She is currently the chef and co-owner of the recently reopened Erba Luna Ristorante in Montone, Italy, and the chef and creator of Aroma Cucina, which provides various private dining, and learning experiences in Umbria, Italy. She has earned degrees from the New York Restaurant School, and Ital.Cook, a Slow Food institution located in Jesi, Italy where she attended master classes dedicated to the intricacies of regional Italian cooking. Throughout this development she created her web site AromaCucina.com and has developed an international following with her daily blog.

Never one to sit still, and a committed hedonist, Judith’s other interests include: culinary history and anthropology, bread baking, sharing meals with family and friends, skiing, biking, playing outdoors, traveling, being in the mountains, swimming in the sea, wine and libations, and photography.