Menu Tips to Help You Order in Restaurants in Italy 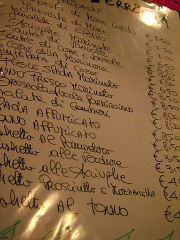 Lucky for those of us who speak English as our native language, most menus in restaurants in Italy will have plenty of things that look completely familiar from the Italian restaurants you’ve eaten in back home. We all know what spaghetti, ravioli, lasagna, ragu and cappuccino mean. I always used to tell my Italian students that at the very least, they wouldn’t starve during their vacation in Italy. But you want to do more than simply “not starve,” right?

Here are a few tips for when you’re reading the menu in restaurants (and trattorias, osterias, etc.) in Italy: