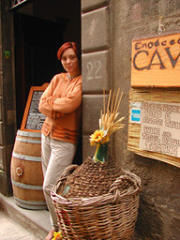 It’s good to know that the US isn’t the only government that has a “Duh” department pumping out studies and poll results. Italy’s National Research Council says that interest in Italian culture and art is “a major draw” for people visiting Italy. Sorpresa, indeed.

You really ought to help the folks in the Italian “Duh” department out by getting to Italy and checking out some of that culture and art stuff. Check out these cheap plane tickets and get on your way.