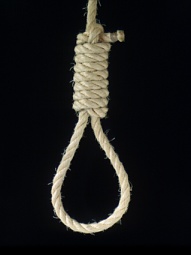 The Italian government has renewed its anti-death penalty campaign with the United Nations in the aftermath of the execution of Saddam Hussein. Italy, which joined the UN Security Council in one of the ten non-permanent seats which it will hold for two years, said it will lobby the UN for a worldwide ban on capital punishment. Center-left Prime Minister Romano Prodi said, “No crime can justify one person killing another. That is a principle which all civilisations and religions share and is the only one on which it is possible to build solid and lasting peace.”

Italy has been vocally opposed to the death penalty in the past, presenting moratorium proposals at the UN Assembly in 1994 and 1995, and this opposition crosses party lines. Hard-right MP Alessandra Mussolini, granddaughter of the former dictator, said that “the death penalty should be firmly condemned by all political sides otherwise history has taught us nothing.”