Pope Calendar 2007: You Know You Want One

Italians like their calendar pin-up girls just as much as anyone else. Unlike every other country on earth, however, Italians also have a resident Pope. This one’s trying to clean things up a bit.

Pope Benedict XVI has his own 2007 calendar, featuring portraits “taken at his lakeside residence of Castel Gandolfo, outside Rome” and is being distributed with copies of Famiglia Cristiana, Italy’s best-selling weekly. It’s the first time a pope has posed for a photo calendar. I’m not surprised. You wanna see that guy in a swimsuit?

(Yes, I know I’m probably going to hell for that comment. I’ll take my chances.)

Edit: Oooh, I finally found a photo of the calendar – which is, naturally, available on eBay. At least I think it’s the same calendar. Anyway, here’s the cover, and a shot of the back, which has mini-version of all the photos (I love the one where he’s on the phone): 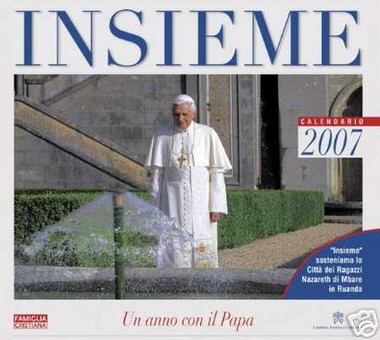 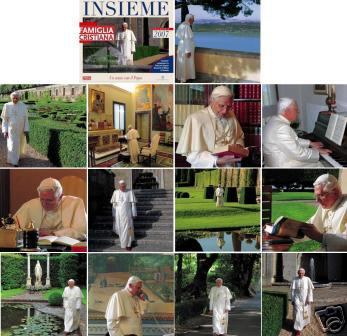