For this Italy photo of the week, we’re in Ravenna: 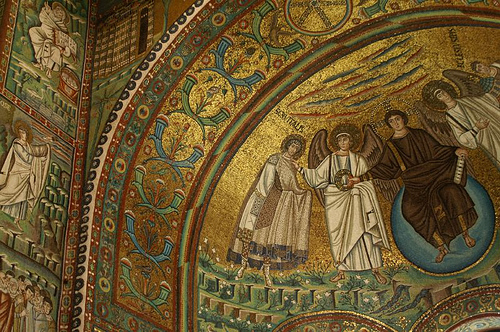 Ravenna is one of those places you may not need to spend more than a couple of hours – but if you like the Byzantine mosaics of St. Mark’s Basilica in Venice, you should do yourself the favor of a two-hour tour of Ravenna. You can reach the city by train as a day-trip from Venice, or en route between Venice and points south. I snapped this picture in San Vitale church, my favorite of the churches in Ravenna – although it’s pretty nondescript from the outside, the mosaics inside are so brightly colored you’ll think they’re brand new. But unlike paintings which can fade, these mosaics are stone, and so they’re as bright as they were when they were first done in the 6th century. They are, in fact, some of the best Byzantine mosaics outside of Constantinople itself.

Check out my other Italy photos and the other photos of the week!