While everyone’s been busy looking for undiscovered corners in Tuscany, Le Marche has been quietly waiting – just there, just to the east. Trouble is, it won’t be quiet forever. 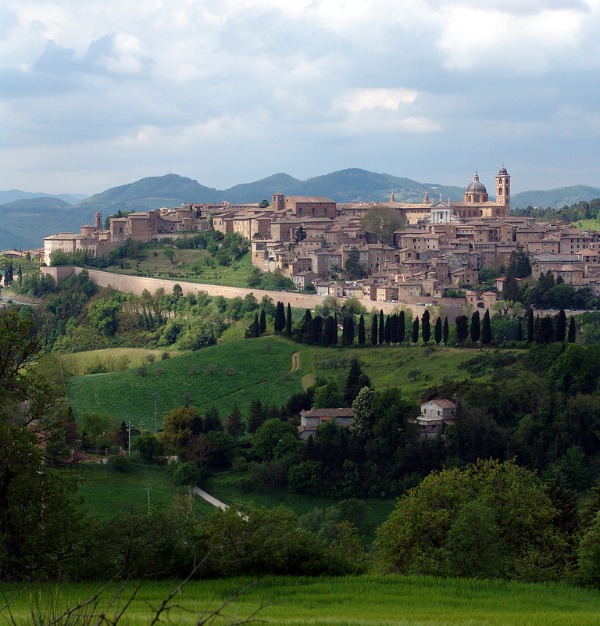 Le Marche isn’t a particularly huge region, but its varied landscape includes mountains, beaches, cities, and hilltop towns. It’s the bump on the eastern coast of Italy, the one that looks like a calf muscle to the country’s boot shape.

The region of Le Marche is, by some accounts, what Tuscany was like in the days before Frances Mayes showed up. It’s not undiscovered – not by a long shot – and it’s actually quite popular (especially with the English) as both a vacation destination and a place for a second home. It has not, however, gained the cult status that Tuscany has. At least not yet.

On this page, there’s an overview of the basics when it comes to travel information for Le Marche, including links to articles elsewhere on WhyGo Italy to help you plan your trip to Le Marche. If you have trouble finding what you’re looking for, please don’t hesitate to let me know. 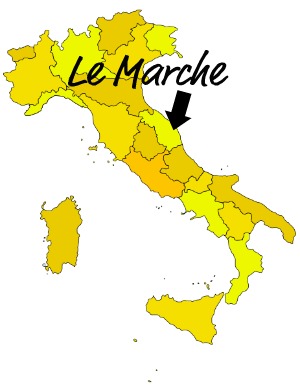 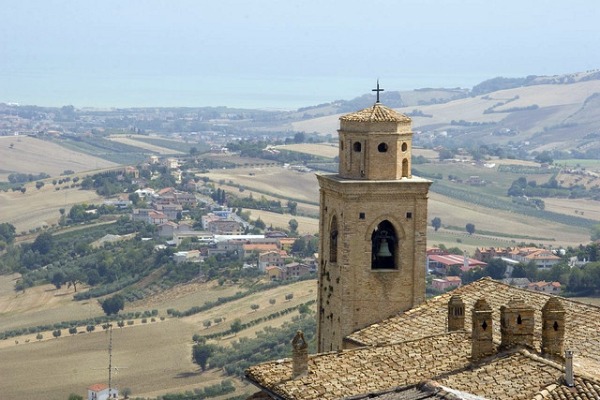 Where to Stay in Le Marche

There are cities and sizeable towns in Le Marche where you’ll be able to find the usual array of standard accommodation options – hotels, hostels, etc. But because this region has traditionally been further off the radar of most casual tourists, instead being popular with long-term travelers and people with second homes here, there are more accommodation choices in the realm of family-run small hotels, agriturismi and B&Bs than you might find in some other regions.

Along the coast of Le Marche you’ll find more in the way of hotels and resorts, as this is a popular area for Italians to go on their beach holidays (not to mention people from outside the country). For the time being, however, Le Marche remains less touristed than its central Italian neighbors of Tuscany and Umbria.

Keep in mind that with most agriturismo locations and many vacation rentals – especially in a more rural region like Le Marche – it’s important to find out about your transportation options. It’s likely you’ll need to rent a car to get around.

Also note that many budget-friendly lodging options get listed under “hostels” even if they’re not really hostels, so don’t be afraid to scour the “hostels” listings below.

Here are some links to articles about hotels and hostels in some of the cities in Le Marche: 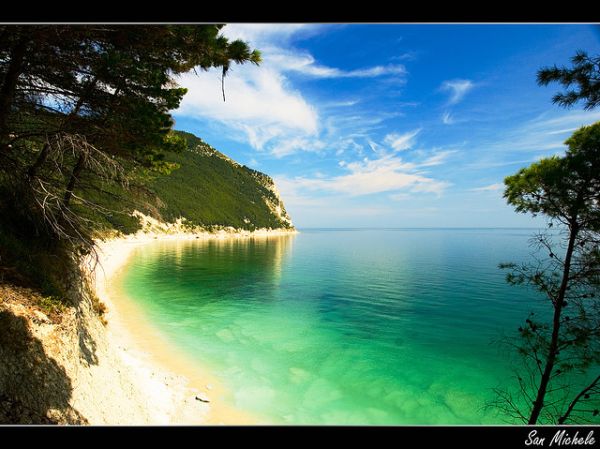 What to Do & See in Le Marche

Le Marche is known for a few things, including beaches, nature, and pretty historic towns. Depending on when you visit, you might not be able to take advantage of all three – it’s not always beach weather, for instance – but since there isn’t an enormous list of famous sights in the region you can relax and enjoy whatever town you stumble into.

The beaches of Le Marche are, as mentioned, popular with Italians on their annual summer holidays and are increasingly apt to draw other Europeans (particularly the English) on their holidays. The coastal city of Ancona is a major port, and it happens to be one visitors often use to get in and out of the country to and from places like Croatia and Greece, which can make it a busy city especially during the high season.

With all of its mountains and valleys, Le Marche is also known as a haven for hikers, mountain bikers, and other outdoor enthusiasts. Many towns have places nearby where you can go for short casual hikes, but to really get into it head for the Sibillini Mountains National Park. You can pick up a good map of the park and head out on your own, hire a guide, or join a tour. 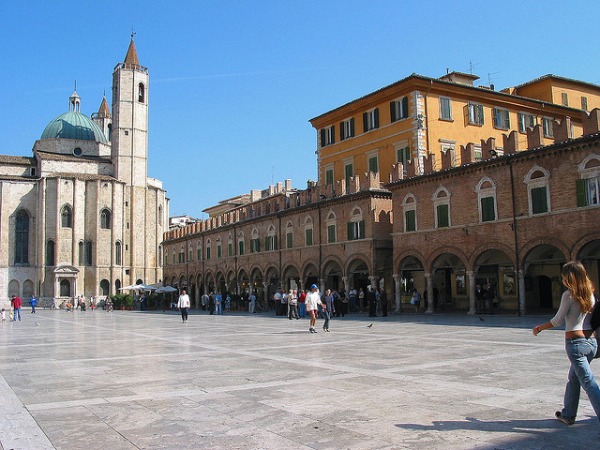 Where to Go in Le Marche

While Le Marche is slowly rising on the tourism ladder to compete with its central Italian neighbors, it’s unlikely to ever have the same influx of visitors as Tuscany or even Umbria – there simply aren’t enough cities and towns in Le Marche to hold the number of people who flood into Tuscany each year. The cities and towns that are in Le Marche, however, are noteworthy and delightful.

While Ancona is a major port city without much of an old center anymore, it’s a gateway for many into Le Marche from other countries and it’s close to some lovely beaches. The towns of Pesaro and Fano are popular beach resorts.
The city of Urbino contains the region’s only UNESCO World Heritage Site and an important Italian university. And there are countless towns throughout the mountains of Le Marche well worth exploring.

Here are a few of the cities and towns of Le Marche you might have on your list: