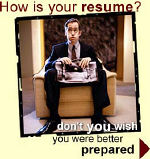 UPDATE: Unfortunately, it appears that the Living Abroad Report is no longer available online… At least at the moment. The links are all coming up blank, so it looks like this is one expat resource that has bit the dust.

I just found the Living Abroad Report, and have yet to really plumb the depths of the site yet, but I did add the blog to Bloglines. A few of the posts there caught my eye as potentially quite useful, especially to the husband (the poor dear who has to actually apply for the Italian jobs, unlike me who’s just kind of along for the ride), so I thought I’d share them here for those of you who are contemplating the jump as well.

First there’s the all-important international CV/resume – it’s different than what we’re used to here in the US, though the husband has seen differing opinions on how to approach this. One is along the lines of “When in Rome,” essentially saying that if you’re trying to get a job in Italy you’d better have a CV that looks like the Italian ones you’re up against. Another says that while it’s not a bad idea to include a few elements we don’t put on resumes (date of birth, city of birth), the whole idea is that you’re trying to rise above the other CVs – that you’re trying to look better than every other applicant in the pool – so why “stoop to their level?” I don’t know which is the better tactic, and I’m sure there are plenty more opinions on the subject, but either way it’s a good idea to know how your competition is presenting itself.

Next, since I’m Type-A and therefore a big fan of lists, here are a couple for you – Seven Ways to Look for a Job Abroad, and 11 Traits of Successful International Citizens. The first is obviously only a starting point, a way to help you generate ideas, and there are undoubtedly a gajillion more great ideas out there (send them my way if you’ve got them). The second is only useful once you’ve been successful with the first list (duh), and I think it’s a good one to keep around. I can imagine that expats can have a pretty high burnout rate, especially if they’re enchanted with the idea of expat-hood without understanding the realities of how difficult it can be. Expat “support groups” have cropped up around the world, both in-person and online, for this very reason.