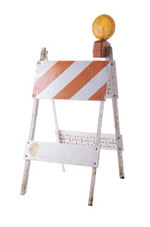 Well, I got some disappointing emails this morning. The husband and I had kind of figured that Milan would be the place we’d end up because of his work… Our friends who live in the Veneto hate Milan, but, since we’ve never visited the city, we were trying to keep an open mind.

One email I got is from a friend of mine who lives in the Friuli (he’s a native Italian, not like our Veneto friends who are expats), and he confirmed all the bad things our Veneto friends said about Milan. Then I got a note from a British expat who’s lived in Milan for nearly 30 years – she must like it there, right? Wrong. She hates the city, too. From her email:

Honestly, on the one hand I feel like beggars can’t be choosers – and since it’s already quite difficult for non-EU citizens to get work in Italy, if the husband’s job put him smack-dab in the middle of Milan, we’d make do. I mean, Milan is a helluva lot closer to, say, Florence than Oregon is! And on the other hand, I’m feeling like this is the first in what I expect will be many, many bumps on this road. If it were easy to find a job in Italy and move to an idyllic village in Tuscany, everyone would do it.

At any rate, for me it’s back to the book I’ve been immersed in since Christmas, and for the husband it’s continued work on his CV, which he’ll then have to get translated into Italian. Then we both get to reach our tentacles into the world and see if anyone we know can help us make all of this work.

So, yes – it would be nice if this were an easier prospect. And then again, if we can make this happen, it’ll be that much more satisfying. Right?

P.S. – Since I figure we’ll be finding roadblocks a-plenty en route to expat-hood, I’m starting a series here. I’ll call all of these posts “Expat Roadblocks” and will also tag them with “expat roadblocks” as well so they’re easy to find later. And yes, that’s just as much for me as it is for you.