Are you planning a trip to Italy in 2012 and still trying to figure out where to go? Here are five suggestions for destinations that may be worth visiting during any year – but are particularly worth checking out in 2012.
What’s on your must-visit list in Italy for 2012 – and why?

Rome may seem like an odd choice as a must-see spot for 2012, because it’s always a must-see spot – especially for first-time travelers to Italy. In 2012, however, there’s a very special reason why you should include Rome (and one museum in particular) on your itinerary.
To mark the 400th anniversary of the creation of the Vatican‘s Secret Archives, the Vatican is putting some of the contents of those archives on display for the first – and likely the last – time. Rome’s Capitoline Museums are the venue for the exhibit, called “Lux in Arcana: The Vatican Secret Archives Revealed” and set to run from February-September 2012.
Some of the documents that will be on display are from the 17th century heresy trial of Galileo, a 16th century letter written by Mary Queen of Scots a few weeks before she was executed, and a 17th century letter written on silk by a Chinese empress. Tickets for the “Lux in Arcana” exhibit will be €12 for adults (free to children age six and under), and open hours are Tuesday-Sunday from 09:00 until 20:00 (closed Mondays).
>> Find out about other things to do in Rome during your trip 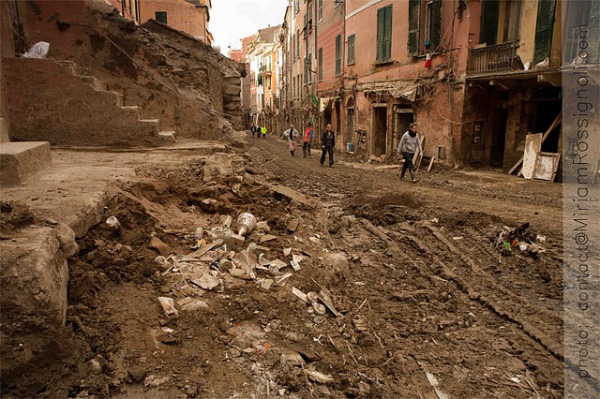 Again, the Ligurian coast – and especially the Cinque Terre – is a popular stop on many an Italy itinerary, regardless of the year. After the region was devastated by flooding and mudslides in late October 2011, however, two of the Cinque Terre towns were cut off and many have been forced to rethink their travel plans. In some ways, the timing of the mudslides could have been worse – the winter is generally a very slow time in the Cinque Terre, with only a trickle of tourists, when the towns take time to do things like repair work on the hiking trails. But the damage is so severe that it will take more than a few months of repair work to put things back to the way they were previously.
Why, then, am I recommending that you visit the area in 2012? There are a few reasons. The Cinque Terre itself is made up of five small villages, only two of which – Monterosso and Vernazza – were cut off by the mudslides. As of late December 2011, Megan McCaffrey-Guerrera of the Liguria-based Bella Vita Italia told me that although Vernazza is “still unlivable (no gas, water or electricity),” Monterosso is making a bit more progress toward recovery – and the other three villages are essentially as they were before the floods. There’s no telling how Monterosso and Vernazza will look come spring, when tourists would usually begin filing back in, but the other three villages – Corniglia, Manarola, and Riomaggiore – should be open for business as usual. And, of course, a region hit by a natural disaster could certainly use the influx of tourist income.
Not only that, the Ligurian coast is made up of far more than just the Cinque Terre – and hikers will be pleased to know that there are trails besides the famous one linking the five villages. You could choose a home base of Levanto, Portovenere, or Lerici – all of which have trails nearby as well as the usual seaside activities – and visit the Cinque Terre villages as a day trip. Eat in the local restaurants, shop for souvenirs, and help the region recover.
While I encourage you to visit the Ligurian coast in 2012, I also strongly advise you to do your homework before you finalize plans to make absolutely sure the town to which you’re headed is ready to host visitors. In the meantime, you can also chip in to assist the region rebuild via a few different charities outlined in the link below.
>> Find out more about the October 2011 floods and mudslides in the Cinque Terre and how you can help 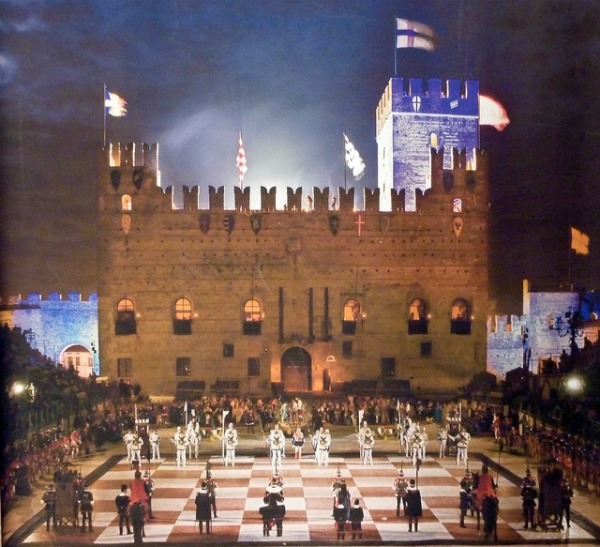 Most of Italy’s festivals – of which there are many – happen every year on a certain date or at a certain time of year. A few, however, only happen every other year – including the living chess match in Marostica, occuring only in even-numbered years. This is why the tiny town of Marostica is worth considering for a 2012 trip.
Every two years, Marostica’s enormous chess-board painted piazza is the setting for a live chess match, with people dressed in medieval garb and even horses representing the knights, as they reenact a game played in 1454. That match was proposed by a nobleman to eliminate one of two suitors for his daughter’s hand, and the modern-day reenactment includes the characters of the nobleman, his daughter, and the two suitors – each of whom governs the moves of one side of the board. The outcome of the game, then, is not predetermined.
(As an aside, the loser in the 15th-century chess match didn’t walk away empty-handed – he got to marry the nobleman’s younger daughter.)
Marostica’s living chess match takes place the second weekend in September, and tickets range in price from €10-80. The fall is a fine time to visit the greater Veneto region, too, with typically nice weather and smaller tourist crowds, as well as the start of the fall harvest festival season. You’ll find getting around easier if you rent a car, which helps you get out to Marostica (which doesn’t have a train station) and gives you the ability to explore the area’s other small towns better.
>> Find out more about the living chess match in Marostica 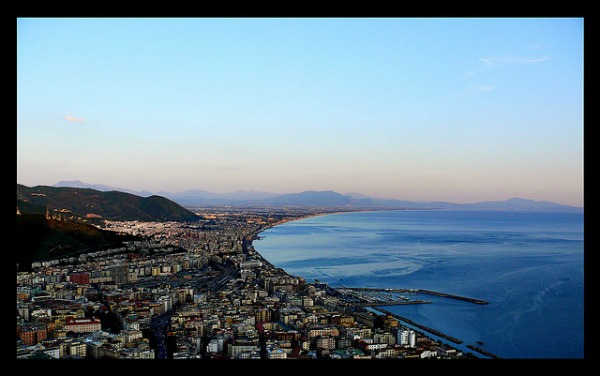 It’s not often you get a new transportation option in a country as old as Italy – but 2012 marks the year that a new private high-speed train line (Europe’s first) will begin service to nine Italian cities. All of the cities are already served by Trenitalia, the state’s train system, but not all by high-speed trains. 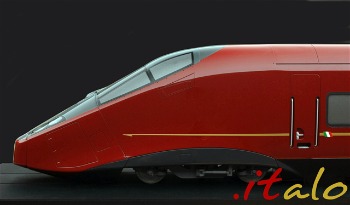 It’s worth mentioning that the new train company, called Nuovo Trasporto Viaggiatori (or NTV), is run by the chairman of Ferrari – so the fact that it’s focusing only on high-speed trains shouldn’t be surprising. The new line serves Milan, Venice, Florence, Rome, and Naples, but NTV’s high-speed trains go further south than Trenitalia’s. It’s not by much, yet, but they have grander plans. For now, starting in March 2012, you can ride NTV trains (called “Italo”) all the way to Salerno.
Salerno is the big city on the other end of the Amalfi Coast from Sorrento – it’s the end of the region that most people don’t visit, because they come in through Naples and Sorrento and go back out the same way. Salerno, however, makes an equally good base from which to explore the area – including Pompeii, Herculaneum, the Amalfi Coast, and the islands. What’s more, coming from Salerno, you’re closer to Paestum, which is oftern overlooked entirely by people focused only on Pompeii.
The Naples-Salerno trip on NTV is set to take less than a half-hour (for reference, Trenitalia trips run between 30-75 minutes), and there are three round-trip journeys planned daily. Ticket prices haven’t yet been posted, but you can expect they won’t be cheap – even the second class cars sound luxurious.
In short, Salerno has been a pretty good target for tourism for awhile – and now NTV will make it easier (or at least faster) to get there.
>> Find out more about train travel in Italy

Okay, so according to that much-talked-about (and derided) Mayan “prediction,” the world is supposed to end on December 21, 2012, right? With a date like that on the calendar, you’ve got time to make plans to be in a suitable spot for the momentous occasion – and while some might think the appropriate place to usher in the end of the world would be tranquil, allow me to suggest something a bit more dramatic: an active volcano.
And not just any volcano – Mt. Etna, Europe’s tallest active volcano, which happens to sit on the eastern part of Sicily. Mt. Etna isn’t in a constant state of eruption like some Italian volcanos are, but it is a pretty dramatic setting – and as an added bonus, even in late December, Sicily is usually still experiencing mild temperatures.
I’m being a bit facetious here with the doomsday stuff, but even if it’s just to be funny there are worse reasons to visit Sicily and the rest of southern Italy in December. It’s the off-season, which means huge discounts on everything from airfare to accommodation (as well as smaller crowds), and the south has some fine Christmas traditions that are interesting to see. Hiking up Mt. Etna in December will be cold (heck, it’s chilly even in the summer), but spending time on the island of Sicily in the winter is apt to be a way to have an Italian holiday on the cheap that doesn’t require packing for the coldest weather.
>> Find out more about how to get to Sicily from mainland Italy 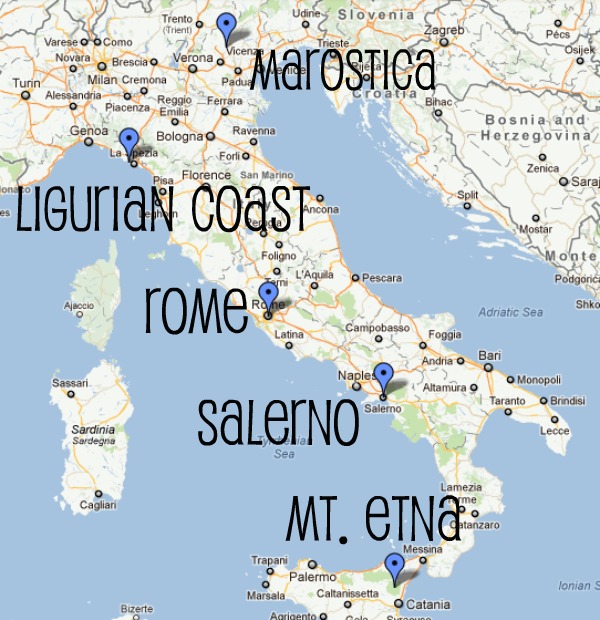