Adriatic Italy: It's More than Venice 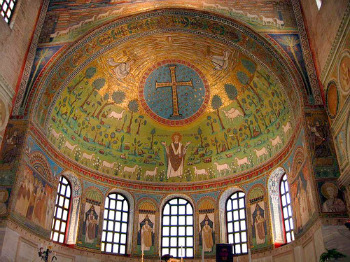 Just in case you missed it, I wanted to point out a recent article that was published on BootsnAll about Italy. You all know how I feel about Venice – how much I swoon whenever I see a picture of the canal city, and how dearly I’d love to lose myself there for a year – but the author of this recent article points out that there’s more to the Adriatic Coast of Italy than just Venice.
The article, “Five Stops on Italy’s Adriatic Coast to Add to Your Venice Trip,” combined with a friend’s assessment after a recent trip to Venice that the city is “just too touristy,” reminded me that even if I love Venice and will always try to convince people of how glorious it is, there are other delightful places along the Adriatic Coast that might be better options for your trip to Italy. Certainly seeing Venice is high on many an Italy to-do list, but if after a few hours you’re longing for an Italian city that doesn’t seem like it’s wall-to-wall foreigners then there are other choices nearby.
Of the five places listed in the article, the only one that I’ve spent any time in is Ravenna. I visited the city on a three-hour lunch break on a drive from Bologna to a town north of Venice where some friends live, and most of my time in Ravenna was spent staring up at the stunning mosaics in the churches. While paintings fade over time, mosaics retain their glow – so the rich gold, green, blue, and red tiles in the Basilica di San Vitale are as bright today as they were when the church was completed in the 6th century.
After reading through the article, however, I’ve now added the other four places to my never-ending list of places to explore someday. Chioggia and Cesenatico look like they might be what Venice would be like if it weren’t constantly being inundated by visitors. Mestre is obviously more than the last train stop before Venice, and anyone whose travel budget has them scouring the web for cheap hotels in Italy will find far more options in Mestre than on the islands. And the Parco San Bartolo appears to offer a peaceful respite from city life, whether you’re finding Venice’s quiet corners or not.
In the end, although I will always love Venice and hope to pass that affection on to others, I know that it isn’t for everyone. So while I’ll still recommend you look for flights to Venice when you’re traveling to Italy (Marco Polo Airport remains my favorite international entry point in Italy thus far, and it’s sometimes easier to find cheap flights to Venice than to Rome), I won’t scold you for bidding a fast farewell to the canal city and heading out for other points along the coast – especially not when there’s so much outside of Venice waiting to be explored.
photo by Alastair Rae