Budget Airlines that Fly to Rome 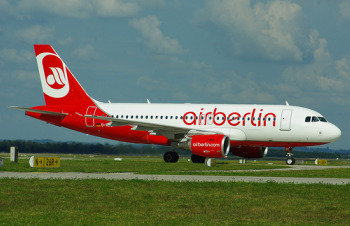 Let’s say you’ve got your heart set on a trip to Rome, but you’ve just looked at the cost of round-trip airfare from your home airport to Rome and your heart is now in need of a defibrillator. Why? Because flights to Rome are notoriously expensive – much more so than flights from the same departure points (and at the same time of year) to cities like Amsterdam, London, Paris, or even Frankfurt.
That doesn’t mean, however, that you have to abandon your dreams of a Rome vacation. Thanks to the array of budget airlines that fly to Rome from the big hubs in Europe, you can often find cheap flights to Rome from major European cities. Which means that if you can find a great deal on a flight from your home airport to one of those big European cities, you have the makings of a pretty cheap flight.
Because the budget airlines that fly to Rome aren’t all household names outside Europe, however, I thought I’d put together this list of the different discount carriers you should look for when you’re planning the second part of your journey (the one from a big European hub to Rome). But be sure to read all about what you should know when you’re flying budget airlines to Italy – because there’s definitely some additional planning that goes into these multi-stop itineraries.

Budget Airlines that Fly to Rome

There are two airports that serve Rome, so you have a couple choices for destination airports. As you’ll see, however, one of them has significantly more options than the other when it comes to discount airlines.

Rome’s primary international gateway is Fiumicino International Airport (airport code FCO). The official name for the airport is Leonardo da Vinci International Airport, but most people call it Fiumicino (pronounced few|mee|CHEE|noh). Knowing the official name will, however, help you understand why getting from Fiumicino Airport into Rome often involves a train called the Leonardo Express.
The budget airlines that fly to Fiumicino Airport in Rome are listed below, and some of the main cities from which they depart are listed after each airline name:

Rome’s second airport was originally its only airport – but Ciampino Airport (airport code CIA) is relatively small in size by today’s standards, and just wasn’t going to cut it as a major international gateway. Once Fiumicino was built, Ciampino (pronounced chahm|PEE|noh) became a secondary airport for the city. Because it lies closer to Rome’s city center than the big Fiumicino, it can be a quicker entry point to the city.
The budget airlines that fly to Ciampino Airport in Rome are listed below, and some of the main cities from which they depart are listed after each airline name:

How to Fly Budget Airlines to Rome

As mentioned above, there’s more that goes into an itinerary where you’re booking two separate flights on two different airlines than if you were just booking a trip all the way through on one ticket. I’ve written about the things you’ll need to pay attention to in another article, so be sure to read that as a companion piece to this list of budget airlines serving Rome.
>> How to Fly Budget Airlines to Italy
photo by spotterjohnsen