Usually, when travelers make vacation plans it’s only after they’ve booked tickets that they look at a calendar for the destination and realize there’s going to be a major holiday during their trip. The Christmas holiday, on the other hand, is one that enough people are aware of that it typically factors into vacation planning well before you’ve booked the trip.
Christmas for many is a time to be at home with family – but if you’re the type who likes to travel during the Christmas holidays, then I’d argue there are few places where you could spend Christmas that are more special than Italy.
Having said that, there are definitely some things to consider before you plan to travel in Italy at Christmas – and this article will help you zero in on what you should know before you go. 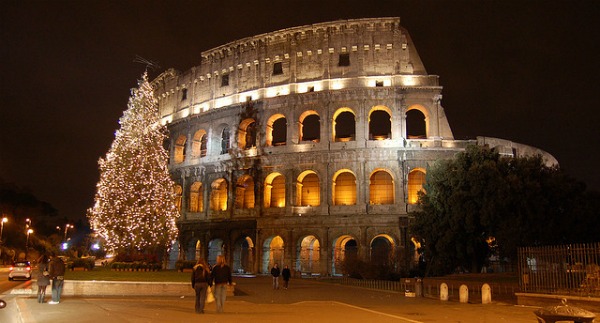 To begin with, let’s get the language straight. The word for “Christmas” in Italian is “Natale” (pronounced nah|TAH|leh), and it’s a very big deal on the Italian holiday calendar. If you’re familiar with Christmas celebrations in other Western countries, you’ll likely see familiar elements to the celebrations in Italy – down to decorated trees and lights strung on buildings. 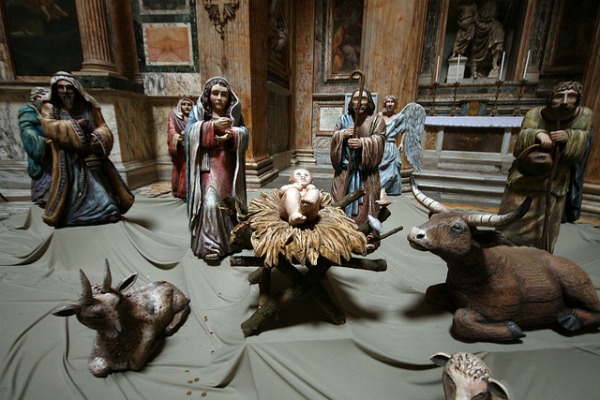 Rather than images of Santa Claus, Christmas decor in Italy is dominated by the nativity scene. In Italian, these are called either “presepe” (preh|ZEH|peh) or “presepio” (preh|ZEHP|yoh), and they’re on display throughout the country – in churches, in public squares, in private homes, in shop windows, on boats, in fountains. You name it, you’ll probably find a presepe on it during the holidays – and in some cases, you’ll even see living nativities. 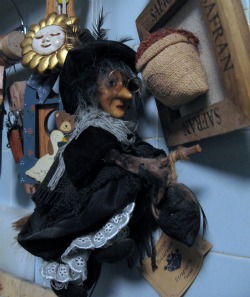 The other symbol of the holiday season in Italy is one that you might not associate with happiness – it’s “La Befana” (lah beh|FAH|nah), and it’s a witch on a broomstick! La Befana is a good witch, however, and she’s the one who deposits gifts into the stockings of Italian children. She comes on the night of January 5th (which is the night of the Epiphany), not December 25th – the former is actually a more important date on the Italian holiday calendar.
The legend of La Befana goes like this:

According to the legend, the night before the Wise Men arrived at the manger they stopped at the shack of an old woman to ask directions.
They invited her to come along but she replied that she was too busy. Then a shepherd asked her to join him but again she refused.
Later that night, she saw a great light in the sky and decided to join the Wise Men and the shepherd bearing gifts that had belonged to her child who had died. She got lost and never found the manger.
Now La Befana flies around on her broomstick each year on the 11th night, bringing gifts to children in hopes that she might find the Baby Jesus. Children hang their stockings on the evening of January 5 awaiting the visit of La Befana.

You will see Santa Claus images around, too – he’s called “Babbo Natale” (BAH|boh nah|TAH|leh), or “Father Christmas,” in Italian – but because he’s not the traditional gift-giver in Italian culture he’s not as prevalent as he is in some other countries. 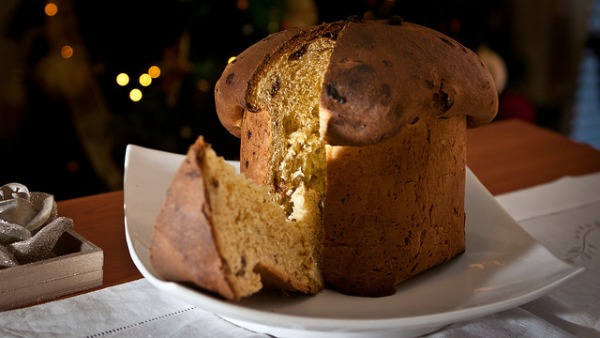 Nearly every culture has traditional holiday foods, and Italy is no different. The traditional meal on Christmas Eve is meat-free (fish doesn’t count) and the traditional Christmas day meal is centered around meat, but it’s the dessert course where the holidays really come into their own. There are regional specialties, including candied fruits and nuts, marzipan, and deep-fried pastries – but the best-known Christmas treat is the “panettone” (pah|neht|TOH|neh).
Panettone is a sweet bread filled with candied fruit, but if you’re thinking it’s akin to that brick-like liquor-soaked fruitcake we all love to hate – think again. Panettone is typically a light bread with a scattering of candied fruit (and sometimes nuts). The origins of the bread are steeped in legend, but we know that it came from Milan originally and has now become synonymous with Christmas through much of Italy. You’ll see elaborate packages of panettone in bakery windows leading up to Christmas.

People who have visited other European countries before the holidays are likely familiar with the prevalence of Christmas markets, especially in northern Europe. In the parts of Italy that were historically tied to the Austro-Hungarian empire – in other words, the northeast, and especially the Trentino-Alto Adige region – you’ll find more of these traditional German-style Christmas markets. Other cities in Italy have holiday markets as well, usually set up in the big public squares.

Traveling in Italy During the Christmas Holidays 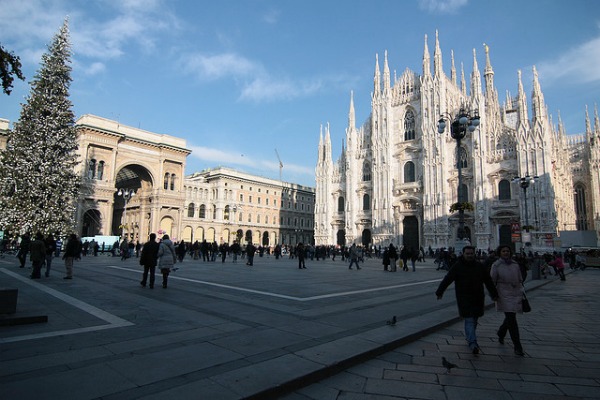 Although Christmas isn’t the biggest holiday on the Italian calendar, it’s certainly one of the major holidays – so while there are certainly perks to visiting Italy over Christmas, there are also things you need to consider before you book your flight.
The holiday season represents a minor spike in what is otherwise considered the “low season” throughout Italy, so don’t be surprised if the prices on hotels and hostels are a bit higher during Christmas than they are in early December. It’s also recommended that you book accommodation in advance, especially for places that are a bit like pilgrimage sites during the holidays (such as Rome, for those visiting the Vatican at Christmas).
Quick search for hotels in Rome:

Transportation during the holidays can be tricky, as trains and buses often run on “holiday” schedules – which is to say, far less frequently than normal). Things are still running, you’ll just have to wait a big longer – and then train cars are more crowded because there are fewer of them running. The same is true of city buses.
With train travel, you have two options to avoid getting frustrated by transportation during the holidays.

Many attractions will be closed on Christmas Day (December 25), and some will be closed on Christmas Eve (December 24) as well. Because the Epiphany (January 6) is a major holiday as well, if you stay through the New Year you may notice a few things closed on that day, too. Every town will have Christmas services in local churches, and some will have processions and bonfires on Christmas Eve. You can ask at the tourist information office about whether there are services in English (or your native language) anywhere in the city you’re visiting, or you can just follow along with the Italian services.
In particular, going to see the Pope say Christmas Mass at St. Peter’s Basilica can be a milestone for many. It’s possible to get into the church for Midnight Mass on Christmas Eve, but in order to get tickets you’ve got to plan months in advance. Otherwise, you can watch on the big screens set up in St. Peter’s Square. 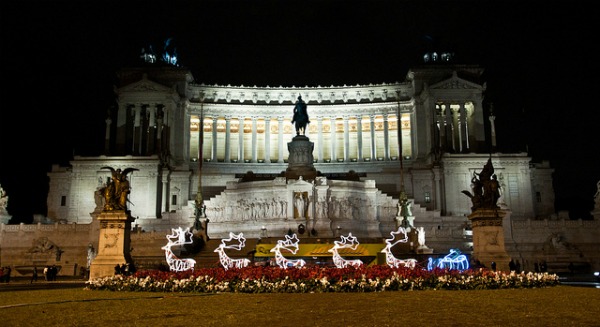 More Resources to Help You Plan Your Trip