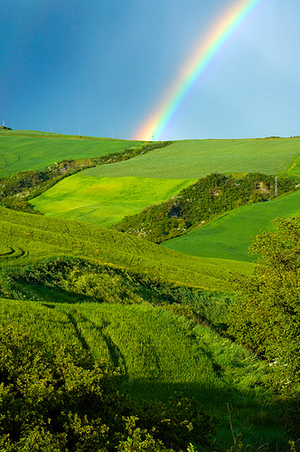 Chances are good that if you’d planned a summertime trip to Italy you’ve already got the bulk of your travel plans made. But what if you heard all the talk about how low Europe airfare’s been lately, so you figured you’d wait? Are you out of luck in the cheap airfare department?
Yes and no.
While I really think we haven’t seen the last of the astoundingly-low fares to Europe (as well as other popular vacation destinations) for this year, prices for airline tickets for summer travel are definitely higher than they’ve been for months. If you’d booked your summer travel 2-3 months ago, you might have been able to save $200 (or more, in some cases) on fares to Rome, for example.
To a certain extent, this is to be expected. Summer is, after all, when most people choose to visit Italy – and since the airlines have been hurting so much they’ll take any chance they can get to squeeze a few extra dollars out of their customers. But despite the higher fares I’m seeing now compared to 2-3 months ago, these summer fares are still lower than they were at this point last year – and far lower than they were two summers ago. In other words, if you didn’t plan ahead but you still want to head to Italy before the summer’s over, you might still be able to find a decent enough fare that’ll make it worth your while.
If you’re on the hunt for cheap airfare to Italy, even in the summer as prices go up, you’ll need to be more patient and creative than you might be on a normal airfare search. Here’s a reminder about some of the things to keep in mind:

This isn’t really a money-saving tip so much as a time-saving tip (although it is, in my opinion, the best way to make sure you’ve got the maximum amount of time on the ground in Italy during your vacation), so I’m putting it outside the boundaries of the list above… But I can’t not say it, as it’s one of my favorite pieces of advice. If you can get an open-jaw ticket (flying into one city and out of another), you won’t have to waste a day of your trip getting all the way back to the city you flew into from what could very well be the furthest point away from that city on your itinerary. It’s not always possible, and it’s not the perfect setup for every itinerary, but it’s worth considering.
And, after all this, if you poke around the interwebs and don’t find a good enough deal on airline tickets to Italy right now, just wait – I have a feeling the situtation which caused airfares to drop so dramatically earlier this year (the tanking economy) will still be around in the fall and winter when prices will probably drop again.
Vediamo… We’ll see…
photo by: Robert Crum, robertcrumphoto.com