How to Get Lost in Venice

If you’re as directionally-challenged as I am, the idea that you’d need a “how to” article for getting lost might seem a bit ludicrous. But hear me out. 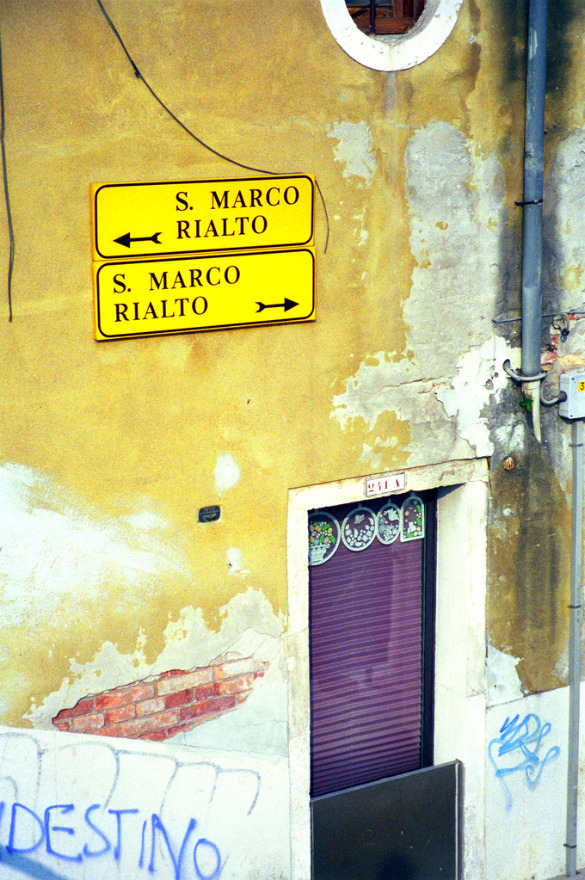 Venice, unlike most other cities, gets better as you get lost-er. And because Venice is both relatively small and almost always crowded, getting lost can be a little more challenging than you might expect – especially because the kind of “lost” I’m talking about here isn’t just the kind where you don’t know precisely where you are or where the road you’re on will take you.

I’m talking about getting lost in Venice, like you’d get lost in a lover’s eyes.

I’m talking about the kind of lost where you might forget your name and not only not care
but actually be totally okay with that.

Since “getting lost in Venice” tends to be the top tip offered by Italy travel guides – including this one – then you’ve got no time to (ahem) lose when it comes to getting lost.

How to Get Lost in Venice 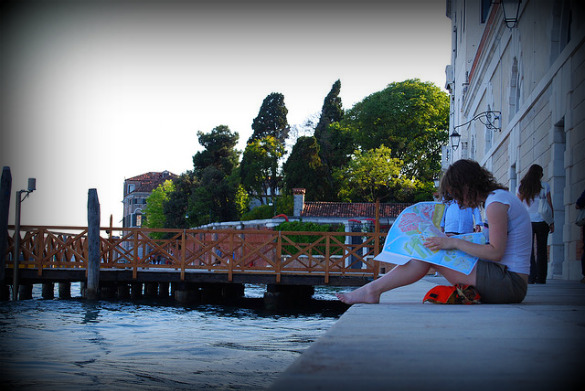 I love maps, and typically carry either a Moleskine City Notebook or a Popout city map with me wherever I go in Italy, but in Venice the best thing you can do is pretend there’s no such thing as a Venice map.
Okay, yes, you may need a map – or at least an address – to find the location of out-of-the-way Venice hostels or to get back to the train station in time for your departure, but for the rest of your visit to Venice avoid looking at maps of the city. Walk in whatever direction looks appealing, without regard to where it may lead.
When you’re feeling antsy about going in circles forever and you’re tempted to look at a map, look up instead – chances are you’ll see directional signs pointing you back toward the Piazza di San Marco or the Rialto nearby. The fact that two signs for the same Venice landmark can be pointing in opposite directions simultaneously is just another indication that you’re meant to get lost in the city. 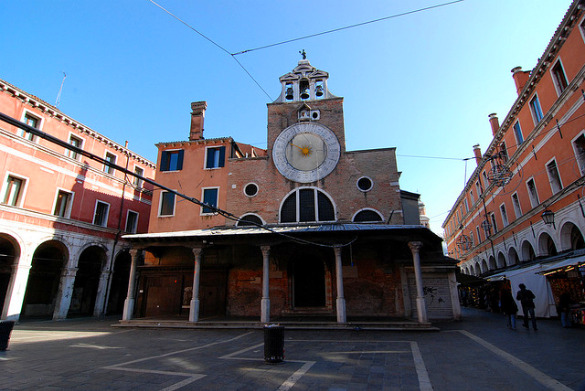 Anyone who only has a limited amount of time in Venice will constantly be looking at his or her watch, always conscious of the dwindling hours before it’s time to race back to the train station or cruise ship to move on to the next destination. In other words, having a schedule – being a slave to the clock – is the enemy of getting lost and enjoying Venice.
Sure, unless you’re moving into a palazzo on the Grand Canal or something you’ll eventually need to respect the time and make your way to the station to catch your train. But give yourself at least one day where you have no obligations, no schedule, no appointments. Wander at will, stopping to eat and shop when the mood strikes, and exploring whatever’s in front of you. 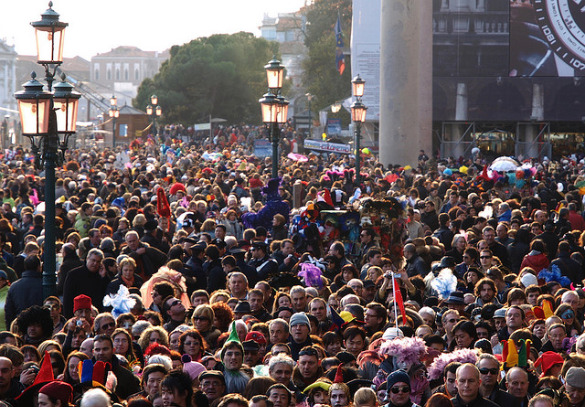 The further away you get from the well-worn main pathways in Venice, the better chance you have of getting lost. This is partly because the less-visited parts of the city aren’t as well-marked when it comes to those directional signs mentioned above, and partly because with fewer people around you’re less likely to just follow the herd from attraction to attraction.
As an added bonus, walking away from crowds in almost any direction in Venice is also more likely to lead you to those elusive good places to eat in the city, as well as decidedly un-touristy things like hardware and grocery stores, reminding you that this surreal wonderland is still home for some people. 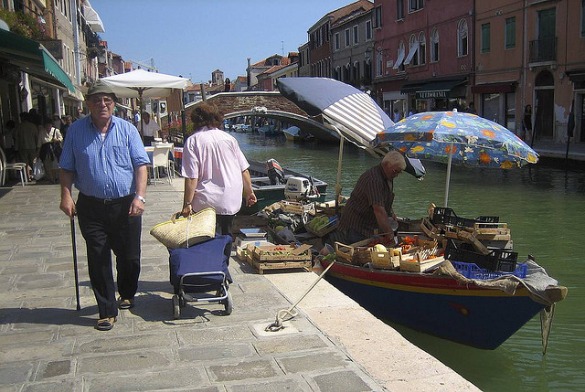 The number of people who actually live in Venice is shrinking at an alarming rate, but there are still enough people who call Venice home that you can find them out and about on any given day – and paying attention to where they go (as opposed to where the visitors go) is another great way to get lost.
Follow the lead of Venice’s residents to find things like shortcuts around the tourist throngs and restaurants that don’t have their menus translated into seven languages. Lest you want to get lost in a Venetian police station, however, I do recommend you stop short of following the locals into their homes. 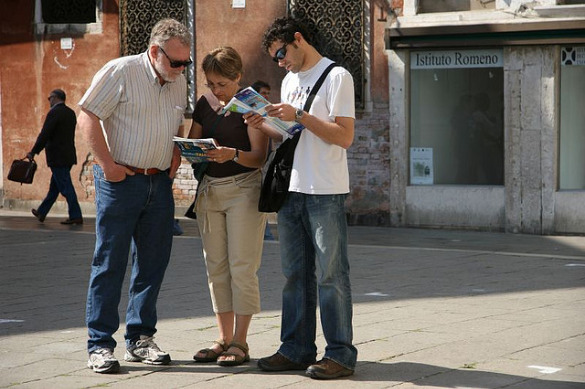 Any guidebook or online travel guide to Venice will have attractions, restaurants, hostels, and hotels in Venice that are recommended for you. If you’re looking at a good Venice guide, some of those listings will be for places away from the main roads. But the main roads are “main” for a reason – they’re where all the big sights or nicer hotels are.
Just as you’re pretending there’s no map for Venice, another good way to get truly lost in the city is to pretend there’s no guidebook. Or, if you’re trying extra-hard to lose the crowds, to deliberately avoid any place listed in the guidebook. In general, however, if you approach Venice as an explorer might then everything has the potential to be wonderful, whether it’s on someone else’s “must-see” list or not.
photos, top to bottom, by Joe Shlabotnik, majdal, Kevin H., mararie, Sonse, openroadimages