How to Get to Vatican City 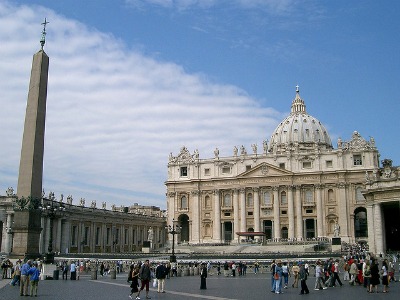 Given the title of this post, I’ve been trying really hard to avoid making a joke akin to the old “how do you get to Carnegie Hall” gem, only with a Catholic twist. We’ll see if I can get through the whole post without succumbing.
Vatican City is the smallest independent country on earth, fitting inside the city of Rome with lots of room to spare. It’s one of the most popular stops on an itinerary for Rome, and usually people need to only spend a half-day or a full day seeing the sights of the Vatican to check off all the must-see items on their list.
You can say that Vatican City doesn’t have its own public transportation system – something that would doom many destinations as unfriendly to travelers. But of course the Vatican doesn’t need its own public transportation when it can so easily use Rome’s.
Here’s an overview of how to get to Vatican City once you’re in Rome.
>> Learn more about the public transportation in Rome, including how much tickets cost

Taking the Bus to Vatican City 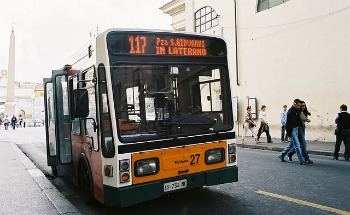 Rome’s bus system is efficient and cheap, and it gives those unfamiliar with the city the ability to look out the window for landmarks to assist with navigation. The network of buses runs throughout the entire city, making it the most far-reaching transportation system within the city, so you can get to the Vatican by bus from pretty much anywhere you are in Rome.
There are several bus lines that will get you to the Vatican. Some of the most popular are:

Buses 62 and 40 both have stops between the Castel Sant’Angelo and the Piazza San Pietro, while bus 64 stops south of the piazza and Basilica. From any of the bus stops it’s a short walk to the Basilica or Vatican Museums. If you’re unsure where to get off, you can ask the bus driver to confirm it’s the right stop by saying, “Vaticano?” as you move toward the door. If the bus is extremely crowded, however, the bus driver may not be in any mood to play tour guide.
If you’d prefer to take a tram to the Vatican, your best bet is probably to take tram 8 to the nearby Trastevere neighborhood and walk the rest of the way north along the river until you reach the Vatican.

Taking the Metro to Vatican City 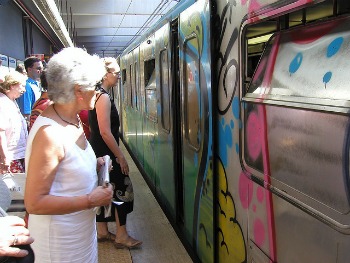 Rome’s Metro is as easy as any subway to understand, but it’s far from being the best way to get around the city. Every time they dig for a new line in Rome, they unearth a new ancient ruin – which is why Rome’s Metro is the same paltry two lines that it’s been for decades. Thankfully for those visiting the Vatican from central Rome, however, one of those lines will get you reasonably close to the Vatican.
You can take the Metro red line (line A) out to either the Ottaviano stop or the Cipro stop – the former is closer to St. Peter’s Basilica, the latter is closer to the Vatican Museums entrance. Even if you don’t remember these station names, you’re in luck – they’re labeled as “Ottaviano-San Pietro” and “Cipro-Musei Vaticani,” so they’re hard to miss.
Both of these stations are about a 10-minute walk from their targets, but that’s as close as you’ll get using the Metro in Rome. 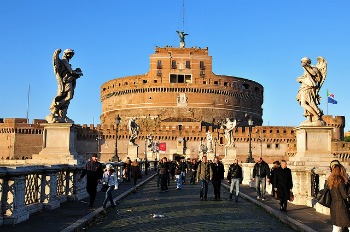 Rome is a big enough city that it pays to get comfortable with public transport instead of relying on your own two feet for your entire trip, but if the weather’s glorious and you’re taking it easy walking across the city to the Vatican, by all means enjoy the journey.
Assuming your starting point is on the side of the Tiber that’s home to things like the Colosseum, Pantheon, and Termini Station, your first order of business is to begin heading west toward a bridge to get you across the river. There are lots of bridges that cross the Tiber, and many of them carry cars as well as pedestrians.
The prettiest bridge to walk across – partly because it’s pedestrian-only – is the one that leads directly to the Castel Sant’Angelo. It’s called, cleverly, the Ponte Sant’Angelo, or Sant’Angelo Bridge. The other nearby option is the one that leads from the big Corso Emanuele II.
photos, top to bottom, by edwin.11, Omer Simkha, mikbor, Ed Yourdon