If fares to Rome are higher than usual, why not go to Venice instead? 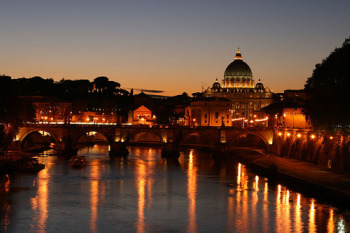 You may have noticed that I’ve been putting up a series of articles about budget airlines that fly into different cities in Italy. It’s great information if you’re already in another European country, or if you can find a steal of a deal on a flight to a big European hub airport – but not as helpful if you’re looking for a direct flight from the U.S. to Italy. Those super discount airlines don’t have long-haul flights, and airfare directly to Italy is usually annoyingly more expensive than to other cities in Europe.
So imagine my surprise when I took a peek at the Italy travel deals page on BootsnAll the other day – I found some pretty outstanding fares to Italy from the U.S., including Boston-Venice from $534 RT, Chicago-Milan from $573 RT, and San Francisco-Venice from $736 RT. Those are off-season fares, obviously, as we’re in the midst of winter – but they’re still darn good fares, especially from cities other than New York (which routinely has deals to Italy).
But what did surprise me was that the prices on flights to Rome were higher than both flights into Milan and into Venice. Rome is the country’s biggest international entry point, and typically has the best deals on airfare, so I can’t explain the change – unless the higher prices are reflecting the higher number of people who want to be in Rome for Christmas.
Whatever the reason, the lowest fare on a ticket to Rome that I’m seeing right now is New York-Rome from $702 RT, which isn’t anything to get too excited about. Now, the fares out of New York to Milan and Venice aren’t the lowest ones I’m seeing to those Italian cities, but since New Yorkers so often have such rock-bottom fares to Europe I’m not crying in my cappuccino for them.
If you’ve got your heart set on Rome, however, all is not lost. My first suggestion would be to check alternate dates after the new year to see if maybe these inflated prices are Christmas-related. My second suggestion would be to find a cheap fare to any big city in Europe – find the cheapest fare you can – and then hop on one of the budget airlines that flies to Rome from there.
You probably already know some of my other usual tips about seeing Rome on a budget once you’re in the Eternal City, but since they’re even more important if you’re not getting the best deal on airfare I’ll reiterate a few of them: 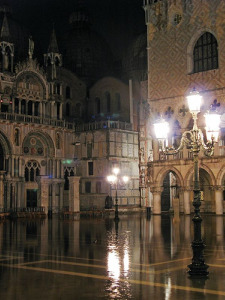 Here’s the thing, though – I think the fact that airfare to Venice is cheaper than airfare to Rome right now is a sign. It’s a sign that you should go to Venice instead. I know, I always say that – but it’s not without good reasons. Sure, the city is a year-round tourist attraction, but if you’ve ever been to Venice in the summer you owe it to yourself (and to Venice) to see it in the winter when it’s practically a ghost town compared to the high season. Sure, it’s cold in the winter – but it’s also probably cold in the winter wherever you live, right? In which case, the bonus of hopping on a wintertime flight to Venice is that – well – you’d be in Venice.
Frankly, I’m still surprised that fares to Venice are so low at the moment – but if I lived in one of the many cities with sub-$600 fares, I’d be booking my flight instead of writing this article. Yes, I mean that.
Oh, and if it’s not the crowds in Venice you mind so much, then by all means get yourself to the canal city during Carnevale – it’s crazy, it’s expensive, and it’s a heckuva lot of fun. Planning a trip now isn’t necessarily planning ahead enough for the best prices, but there are still some Venice Carnival travel deals to be found.
P.S. Are you following me on Twitter? I’ve started posting an Italy travel deal or two every day to my Twitter account whenever I see one that’s particularly interesting. If you’re not on Twitter, or if you just want more than one or two deals a day, then bookmark the BootsnAll Italy travel deals page (which is where I’m getting the deals I post). You can see deals for a particular city if you click on the city name under “Search for Deals by City,” or just scan the best offers.
photos, top to bottom, by RaSeLaSeD – Il Pinguino, Dimitry B