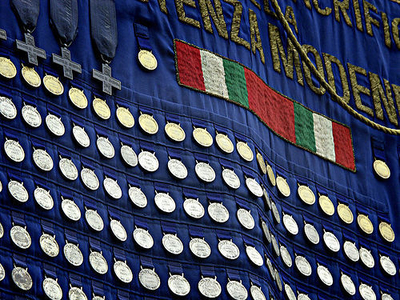 Keeping track of holidays in Italy can be tricky, since not only are there nationwide days of importance but also regional and local holidays which may not be celebrated 20 miles down the road. But one day you can count on being marked around all of Italy is on April 25th each year – the Festa della Liberazione, or Liberation Day.

Many countries around the world celebrate a day of liberation, and as the name suggests it marks the day when a place is liberated by an occupying army of some kind. In Italy, April 25, 1945 was the day when the Allied troops finally were able to liberate Italy – and today, it commemorates not just that liberation but also is a date when Italians honor their fallen soldiers.

In particular, Liberation Day is a day on which to honor the fallen partisans of the Italian Resistance who fought the Nazis as well as Mussolini’s troops throughout World War II. 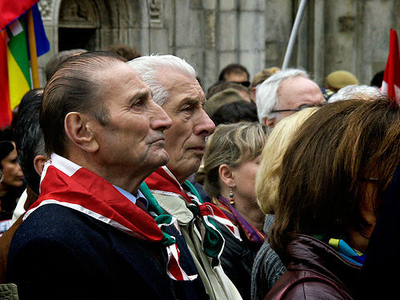 These days, April 25th in Italy is a day when you’ll see gatherings in towns of every size, large and small, some with marching bands and some with big flags, some with political rallies and some with music concerts. While some things may still be open – especially in more touristy areas – April 25th is also a day you may find things like museums, shops, banks, restaurants, and monuments closed up tight and some public transportation running much less frequently.

If your vacation in Italy in April will be over the 25th, you’ll just want to confirm that anything you were planning to do/see that day will be open – or if it won’t, you’ll need to make other plans. Check with the front desk at the hotel or hostel where you’re staying, and with the websites of any of the museums or monuments you’re going to visit. They’ll almost always have a list of public holidays during the year when they’re closed.

>> Read more about the Festa della Liberazione in this post over at Italy Magazine’s blog, including a video of some celebrations from years past

original photos both by Iguana Jo