Things You Should Know About Rome 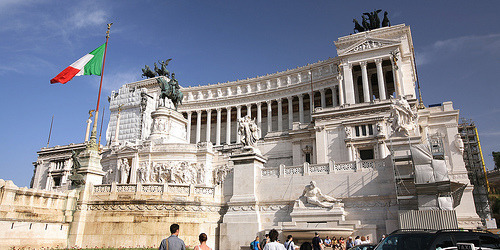 You’ve planned a trip to Rome and you’ve read everything you can get your hands on about the city. Either that or you’re the “fly by the seat of your pants” type and you just bought a ticket and are going to see what happens when you get there. It doesn’t matter which personality type you are – you should at least have a handle on some of the basics before you arrive in Rome, and some of the “must-know” things you won’t find in a guidebook.
So, whether you read nothing else about Rome before your trip or you’ve devoured the entire Rome section of your local bookstore, here are some things you should know about Rome before you arrive.

Rome is a big, modern city. 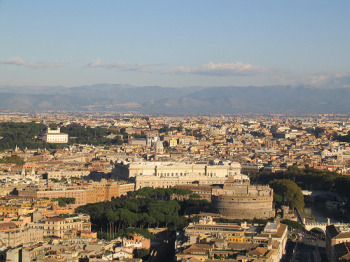 While most of us include Rome on our Italy itinerary or lifetime vacation wishlist because of its ancient ruins and centuries of history, Rome today is modern, sprawling, and very much a living city. The stops on most must-see lists might all be concentrated in what’s called the “historic center,” but even the historic center isn’t just the equivalent of a few compact city blocks.
Do yourself a favor and pick up a good city map of Rome before you arrive, or soon after you get there (the city’s Tourist Information offices usually have good free maps available) so you can visualize how far apart the sights on your to-do list really are. This will help you figure out how to spend your days, and how much you can realistically squeeze into each day. It’s better to think about that in advance than to wear yourself out (and end up crabby and disappointed) trying to pack too much in.

You will need to use public transportation. 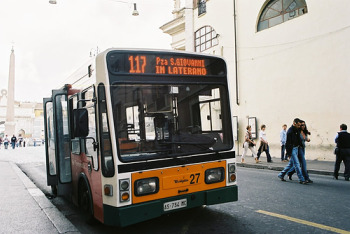 The single best way to finish your trip to Rome frustrated, tired, and unhappy with the Italian capital is to try to conquer the city without using public transportation. In many cities, walking everywhere is easily the best way to get around, and it’s often the most enjoyable (not to mention the cheapest) as well. In Rome, however, you’ll need to use the city’s buses or Metro system to get around.
Some people shy away from using public transit in places they don’t know for fear of getting on the wrong bus or not knowing where to get off the bus. The solution to these issues is to buy a Rome transportation map from one of the newsstands. They’re extremely helpful – I wouldn’t ride Rome’s buses without one of those maps. Some people steer clear of the buses and Metro because they’ve heard stories about pickpockets. While there are pickpockets who make themselves veritable regulars on some of the bus and Metro routes frequented by tourists, if you’re being a smart and aware traveler you really shouldn’t have any problems with them. In fact, you probably won’t even notice they’re there.
The bottom line is that while you could get around Rome on foot, you are much better off getting comfortable with the city’s public transportation as soon as you can. And reading my guide to Rome’s public transportation is a good way to start.

You can – and should – drink the water in the public fountains. 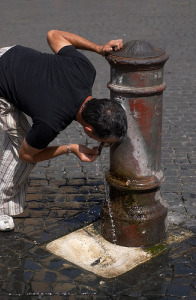 I’m not talking about the water in the big fountains like the Trevi or the fountain in front of the Pantheon here, but all over Rome you’ll see public drinking fountains that you absolutely should use. They often look like old-timey faucets which produce a constant stream of cold water. The water is brought into the city like it has been for centuries via Roman acqueducts, and it’s not only safe to drink – it’s really tasty, too.
Wintertime visitors to Rome may not be interested in the drinking fountains, and that’s fine, but if you’re in Rome when it’s even remotely warm these public drinking fountains are an excellent way to cool off as well as the perfect place to refill that water bottle you’re toting around. It’s not recommended that you dunk your head under the stream of water (that’s seen as a bit untidy, since people are drinking from that same faucet), but if you’ve got a damp kerchief or something around your neck or head to help you keep cool, by all means soak that.
Rome’s public drinking fountains are well-placed throughout the city, although they sometimes blend in so well you may not see them at first glance. One very handy one is located inside the Roman Forum, so either before or after you’ve walked around the Forum on a glaring hot day (with no shade anywhere) be sure you hydrate there.
Oh, and many of the fountains are designed so that if you plug the downward-facing spout with your finger, the water will come up through the top of the spout – thereby making it easier to drink from. You should be able to see a small hole in the top of the spout if it’s meant to be used this way. 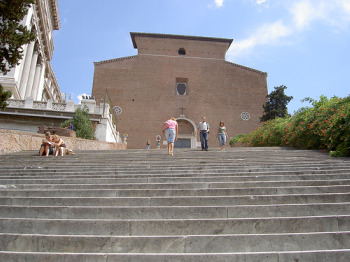 This is one of those things that I wish I’d internalized before my first trip to Rome, and it goes hand-in-hand with the concept above about learning to love Rome’s buses. You may have read that Rome is one of those legendary cities “built on seven hills,” but if you’re anything like me you didn’t really stop to think about what that would mean for you as a tourist. What it means, I’m here to tell you, is that you’ll be walking uphill and downhill a lot when you walk around Rome.
You can have the most detailed Rome map and it still probably won’t include elevation measurements, so you won’t know which walks are going to include hills and which directions are going to be up or down. But all it takes is one uphill hike from one attraction to another nearby to make you realize that Rome is going to wear you out more quickly than you thought unless you start taking the bus.
Don’t get me wrong, there are still plenty of times you’ll be walking around Rome – some areas are ideal for just strolling (like the Monti or Trastevere). But even if you look at a map of Rome and think you’ll have no trouble walking the distance from the Baths of Caracalla to the Vatican, just remember it’s not always a flat road you’ll be on.

You should mail your postcards from Vatican City, not Rome. 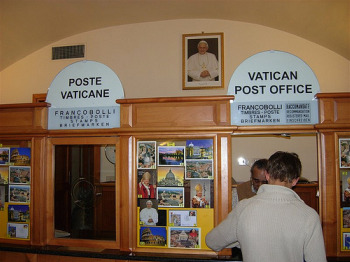 For those of you who still write and send postcards, here’s a tip that will not only speed your postcards on their journey but be a fun memento for whoever receives them as well. You probably already know that Vatican City, rather than being a neighborhood of Rome, is its own independent country. While it doesn’t have its own currency, the Vatican does have its own post office – and it’s notoriously more efficient than Italy’s postal system.
If you time your visit to Vatican City right, you’ll have visited other spots in Rome and have postcards already written when you head for St. Peter’s. The easiest post office in Vatican City to find and use opens onto St. Peter’s Square. If you’re looking at St. Peter’s Basilica, the post office is to the left. You’ll recognize it by the bright yellow “Poste Vaticane” boxes outside the door.
Remember that Italian stamps won’t work in the Poste Vaticane boxes, and Vatican stamps won’t work in the Poste Italiane boxes. So bring your postcards to the Vatican without stamps, buy them in the Vatican post office, and send them on their way. And, as a bonus, if you know anyone who’s a stamp collector (or just a Catholic, for that matter), a Vatican stamp makes an excellent souvenir. 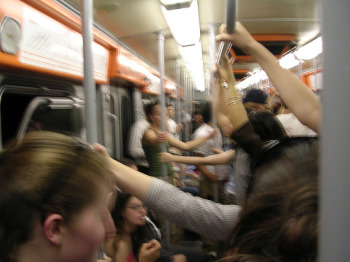 I’ve heard plenty of stories about people getting pickpocketed on Rome’s subway system or overcharged by Rome’s taxi drivers or scared witless by the neighborhood around Termini Station – and some of those stories have come from people who live in, know, and love Rome.
Are there pickpockets and cheats in Rome? Of course there are. (Just like there are in any big city.) And smart people every year get wallets stolen or pay three times the going rate for a taxi ride. (Just like they do in any big city.) There are things you can (and should) do to avoid being one of those people, but it’s important to not be so overwhelmed by the fear that you’re going to get robbed or ripped off that you don’t relax and enjoy Rome.
The important thing is to stay alert, take appropriate precautions, and be aware of your surroundings – but to learn to relax at the same time. If you’re being a smart traveler, you’re a less-appealing target and therefore are less likely to have anything taken from you.

You will not see everything there is to see in Rome. 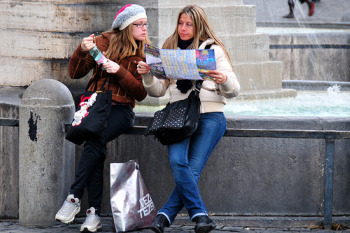 I may be beating a dead horse here, but I still find I get questions from people headed to Rome for the first time who want to “see it all” in their three days in the city. If you’ve been to Rome, I don’t have to tell you how impossible that is. But for those who haven’t been to Rome, it’s worth repeating what countless others have said before me: You won’t “see it all” during your Rome trip, whether you’ve got three days or three weeks or three months.
What this means is that you’ll need to read through a list of things to do in Rome and then prioritize, prioritize, prioritize. Put the things you want to do and see in order depending on how heartbroken you’d be if you missed them, and then work your way down the list.
It may seem like a luxury to say, “Whatever I don’t see this time I’ll see next time,” but whether or not you have any plans to return to Rome you sort of need to adopt that attitude to stay sane. Trying to do too much in a city as big as Rome is a sure-fire way to end up tired, grumpy, and not terribly fond of Rome.
And that doesn’t make for a very nice trip, does it?
photos, top to bottom, by: laszlo-photo, robad0b, Omer Simkha, tore_urnes, summitcheese, xiquinhosilva, Eric Livak-Dahl, Ed Yourdon