Thirsty in Italy? Belly Up to the Blog. 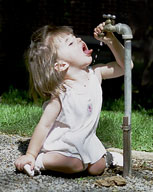 As I was browsing my Italy news feeds this morning, a pattern began to emerge… So rather than fight it, I’m giving in to it. I give you today’s collection of news bits, all having to do with beverages.