Using the Geographical Alphabet in Italy 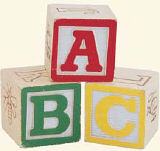 When you’re traveling around Italy, if you’re a savvy traveler who’s adept at using local telephones, you have probably experienced the frustration of trying to call ahead to your next destination to make a reservation at a hotel or hostel, only to be thwarted not by a person who doesn’t speak English but by your own inability to spell. Oh, sure – you can spell just fine in your native tongue, but you know how hard it is to distinguish “N” from “M” over the phone to another English speaker. Imagine how difficult that is when you’re dealing with someone for whom English is a second language.

On the phone with another English speaker, your tried-and-true method for getting around this problem is to use words which begin with the tricky-to-understand letters. So, you’ll say “S as in Sam” or “B as in Boy” when you’re spelling your name or address. But “Sam” and “Boy” don’t necessarily resonate with an Italian speaker, for obvious reasons. To avoid this potential roadblock, do what the Italians do – use geography.

The Italian geographical alphabet relies on the same idea as the “S as in Sam” method, only instead of random simple words to represent the letters, each letter corresponds with a town in Italy. By using this alphabet, you’ll be able to spell anything you like, no matter how poorly you might be pronouncing things.

Some letters of the geographical alphabet are universal – no matter where you go in Italy, “Ancona” is going to be understood to represent the letter “A.” Some, however, are regional favorites. In most of Italy, “B” will be “Bologna” – but if you get into the northeast, the residents up there are more likely to use a town from their own region, “Bolzano.” Chances are, however, that they’ll know Bologna and will still get what you’re talking about.

There’s a handy guide to Italy’s geographical alphabet here, although I’d also add a few pronunciation tips for some of the letters which aren’t explained in the article (the rest of the letters are explained pretty well):