When to Buy an Italy Rail Pass

Once upon a time, a key part of the preparation of any trip to Europe was the purchase of a Eurail Pass. These days, the proliferation of super discount airlines throughout Europe has made it so some trips are now cheaper if you fly than if you take the train. Even when Eurail passes were more highly recommended, getting an Italy-only rail pass was still one of those things where you had to look closely at how much individual tickets would cost to see if it was worth it. Today, with more transportation options than ever, it’s even more important to do the math.
In this article, we’re going to look at when to get an Italy RailPass. Now, given the above paragraph you might be thinking it’s never a good idea anymore – but that’s definitely not the case. I used a railpass earlier this year and it saved me quite a bit of cash over buying individual tickets in-country, but a colleague and I had done a bunch of calculations before I left to make sure I’d be saving money. If you’re as mathematically-challenged as I am (hence why I needed a colleague’s help in the calculating), or if you just need to be pointed in the right direction, then I hope this article will help.
And it’s also worth noting that even if you decide it makes sense to get a railpass – or you just want to take advantage of the conveniences that come with having one – but you’re not sure which one suits your trip best, there’s a person in my office at BootsnAll who can answer all your Eurail questions. Dave is our go-to guy for Eurail questions, and he can help you figure out which is the best pass for you. He’s a toll-free phone call away (if you’re in the US) at 1-866-549-7614, and he’s often available on the Skype link from our Eurail page.
In this article, you’ll read about:

About the Different Kinds of Trains in Italy 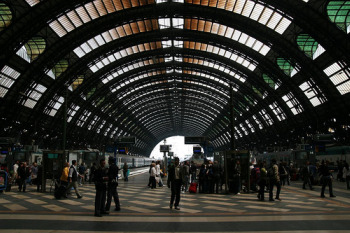 You’ll hear travelers say that Italy’s trains are fairly cheap, so it often doesn’t make sense to buy a railpass for just Italy. This was certainly true in the days when Italy was still using the lira, and it can still be true today – but it depends on where you’re going on Italy and on what kinds of trains.
Italy is criss-crossed by a network of rail lines, and most of the popular routes (especially those between bigger cities) are covered by high-speed trains. The high-speed trains in Italy – such as the EuroStar, InterCity, or the new Alta Velocita – can be quite a bit more expensive than a slow train on the same route. The differences between the fast and slow trains are probably obvious. The slower trains, stopping much more frequently along the way, take much longer to get from A to B. The high-speed trains stop less frequently, so get to each stop more quickly. The high-speed trains are also typically newer trains, and so can be a little more comfortable (even in 2nd class).
With the high-speed trains, you’ll almost always be required to buy a reservation in addition to your ticket, which makes the cost of those fast trains even higher. The cost of the reservation, like the cost of the ticket, will vary based on the exact kind of train you’re on, which class car you want to be in, and the cities you’re traveling to/from. As a reference point, on a recent trip I did from Milan to Rome on the EuroStar, I paid €20 for the reservation alone in a 2nd class car.
With some slower trains you may not even be able to a reservation, as they may be entirely “first come, first served” when it comes to seating, or a reservation may be optional and you’ll take your chances of standing if the train is really full and you’re reservation-less.
Keep in mind that if you are carrying an Italy Rail Pass, that is the equivalent of a ticket. In other words – if a reservation is required for a particular train and you’ve already got a rail pass, all you need to purchase is a reservation (bring your rail pass to the ticket counter with you when you’re buying your reservation so they know you’re all set). If you don’t have a rail pass, you’ll need to buy a ticket and a reservation, which can sometimes get printed on the same piece of paper.
>> Read more about trains in Italy, including details about the different kinds of trains, how to read Italian train schedules, and what to do when buying and validating tickets.

How to Figure Out Whether to Buy an Italy Rail Pass 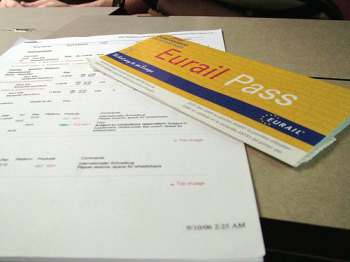 You can get an Italy rail pass that’s tailored to just the number of days you’ll be using, as there are denominations between 3-10 days (to be used within a 2-month period). The cost-per-day of the pass goes down the more days you’ll use, but it still costs enough that you probably don’t want to buy a pass with a few extra days on it “just in case” you end up using them.
So before you can figure out whether a pass is a good idea for you, you’ll need to know two things – how many train travel days your trip includes, and the rough cost of a train ticket on the various journeys you’ll be taking.
With regard to the number of train travel days in your trip, be sure to count both any day-trips you’ll be taking as well as any transfers from city to city – but remember that with a rail pass a day-trip will only use one of the days on your pass. And as for getting an estimate of the costs for train tickets purchased in Italy, you can get good results with the Trenitalia website (which has a pretty good English version).
You can determine the cost-per-day of each pass just by dividing the number of days it’s good for into the cost of the pass (you can find the current costs of an Italy Rail Pass here). For instance, a 3-day 1st class adult ticket costs (at the moment) $217, which means the cost-per-day of that pass is a little more than $72. If you look at the cost of train tickets for the trips you’re planning to take and all of them are less than $72 per day, then it’s easy to see how buying individual tickets is cheaper than buying a rail pass in that case.
On the other hand, a 5-day 2nd class adult ticket (at the moment) is $219, making the cost-per-day of that pass just under $44. If you’re between the ages of 12-25 and can get a youth pass, a 5-day pass is only $179 (cost-per-day of just under $35), and a 5-day 2nd class pass for a child between the ages of 4-11 is $111 (cost-per-day of just over $22). There are lots of train trips on high-speed trains for which any of these passes would save you money.
It’s also worth noting that if you’re traveling as a family or a group of 2-5 people and you’ll always be together on the trains, there’s something called an Italy “Saver” pass that makes the trips (and the cost-per-day) even cheaper.
But even besides the cost, if your itinerary in Italy is completely unscheduled and you have absolutely no idea how many train trips you’ll be taking – let alone how many of them are going to be on high-speed trains – then you’re not really the ideal Italy rail pass candidate. The broader Eurail Pass is practically designed for itinerary-less travelers, and if your trip includes more than just Italy then it’s definitely worth looking at getting a Eurail pass before you go.
If you’re just going to Italy, however, it’s not so simple. Because you’ll need a reservation for high-speed trains (where the rail pass can really save you money), the convenience factor of already having your ticket and just hopping on the next train leaving the station isn’t there – you’ll still need to visit a ticket counter to buy a reservation (or risk a huge fine if you’re caught on the train without one). And although you could take advantage of just hopping onto just about any slow train without a reservation, a ticket for that train might very well cost less than the cost-per-day of your rail pass.
>> Again, if this is giving you a headache just thinking about it, then call Dave, our Eurail expert, for help in figuring out whether a rail pass is for you.

When to Buy a Rail Pass in Italy 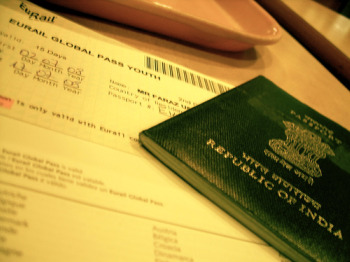 I know, I know… All of this math isn’t exactly fun. But it’s the best way to find out for sure whether an Italy rail pass will save you money or not. If, however, you want the short-hand version, here it is.
You should strongly consider getting an Italy Rail Pass if:

When Not to Buy a Rail Pass in Italy

Again, the math outlined above isn’t hard – but I understand how your eyes might be glazing over at the thought of it. Mine did. So if you really don’t want to do any of the math, then here’s the bottom line.
An Italy Rail Pass probably isn’t worth buying if:

>> Still confused? Talk to BootsnAll’s Eurail expert, Dave. I promise, he’s got all the Eurail answers.
photos, from top to bottom, by: alex_lee2001, miss_rogue, said&done