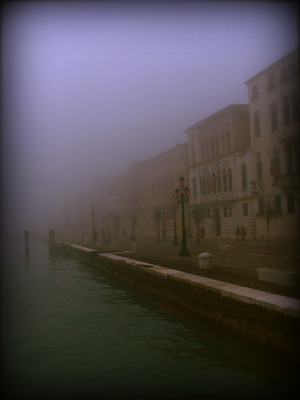 There was a time in Italy when the so-called “shoulder seasons” of spring and autumn were replete with travel bargains just before and after the busy summer tourist season. There was a time when said shoulder seasons were ideal for just showing up in Italy with no fixed itinerary, when you were approached at the train stations of small towns by sweet old Italian women holding signs advertising rooms for rent, when you hardly had to plan ahead at all.
That time of year still sort of exists in Italy, even in the most popular tourist destinations, but now it’s called something else. Now it’s called winter.

Winter in Italy probably isn’t the season when most people would choose to visit, for some obvious reasons. It’ll be colder. The hours at some popular tourist attractions will be shorter due to less demand. Those famously green hills in Tuscany won’t be as green. Taking long walks after dinner while slurping down your third gelato of the day sounds a lot less appealing when it’s raining or snowing out.
Smaller Crowds, Lower Prices
But on the plus side, the tourist crowds that plague much of Italy from late spring to early fall are all but gone. Lines to get into the big attractions – lines that in June can have you shuffling on and on for hours – are nonexistent. Hotel and hostel rooms aren’t as booked solid, so last-minute travelers can arrive more secure in the knowledge that they’re likely to find a room just by showing up.
And the prices? Yeah, winter is when you’ll consistently find travel bargains in Italy on everything from flights to hotels to souvenirs to day tours.
Shorter Hours & Winter Holidays
Planning a trip to Italy in winter may not require as much in the way of booking hotels and whatnot months in advance, but you’d be smart to check on the open hours of the attractions you’re hoping to visit. Many have reduced hours during the winter, and some may even increase the number of days each week they’re closed altogether. Knowing that kind of thing in advance will help you figure out even a loose itinerary so that you don’t miss out on the things you really want to see.
Note that there are some big holidays during the winter in Italy, and around those holidays you’ll find hotels booked well in advance (and at much higher prices, too). Christmas in Italy is a huge deal, and it’s an especially big celebration in Rome and Vatican City (as you might imagine). Other big holidays during the winter in Italy are New Years and Epiphany, and if Venice is in your wintertime travel plans then you’ll want to know exactly when Carnevale is going on this year.
As for those verdant green Tuscan hills you’ll be missing with a visit to Italy in the winter, consider this – you could be one of those lucky folks who gets a photo of Venice gondolas adorned by a layer of snow. Sure, it’s not ideal weather for a romantic gondola ride, but the photos alone could be worth it. Besides, if you’re a ski nut, you can’t do much better than a visit to the Italian Alps or Dolomites in the winter.
For More Information About Travel in Italy in the Winter

photo by Andre-Pierre, enhanced with picnik by me