There’s so much about this guest post that I love… It’s about Venice (one of my favorite places on the planet), it’s about Jewish history (which I always find fascinating), and it comes from a WhyGo Italy reader who used this site to help plan the trip during which she took the photos below! Photographer Edith Levy sent me a lovely note after she returned from her Italy trip, offering a few photos of Venice’s Jewish Ghetto as a guest post – and of course I was thrilled to accept. Thanks, Edith!
The Jewish Ghetto in Venice, or the Gheto Vechio, is the oldest and first ghetto in Europe, established in 1516. The ghetto was built on the site of an old abandoned canon factory or foundry. Actually the word Ghetto comes from the Venetian word for foundry, which was “ghèto.” In 1516, over 700 Jews were forced to move into the ghetto. By the 17th century that number grew to 5,000.
Today the Ghetto is still the centre of Jewish life in Venice – although with a Jewish population of roughly 500, only about 30 live in the old ghetto. The ghetto is home to five synagogues, a yeshiva, two kosher restaurants and a handful of small shops. 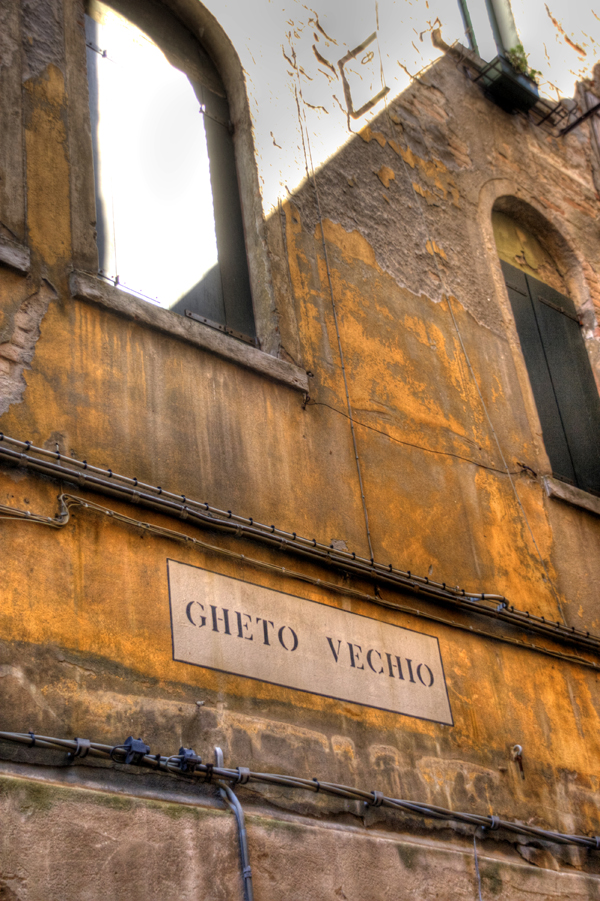 The Ghetto is located in the Cannaregio district of Venice and is easily accessible by the waterbus (vaporetto). Get off at the Guglie stop. The entrance to the ghetto is right next to Gam Gam, a kosher restaurant. Walking through the portico of the Ghetto, I was immediately struck by the claustrophobic feel of the entrance – but this narrow street soon gave way to an open square.
The Museo Ebraico (Jewish Museum) is located in the main square and is a good starting point before exploring on your own. €8.50 will allow you entrance into the museum and a guided tour, which features three of the five synagogues in the Ghetto – Italian (Schola Italiana), Sephardic (Schola Levantina), and Ashkenazi (Schola Canton). For €3 you can get into the museum, but not the synagogues. 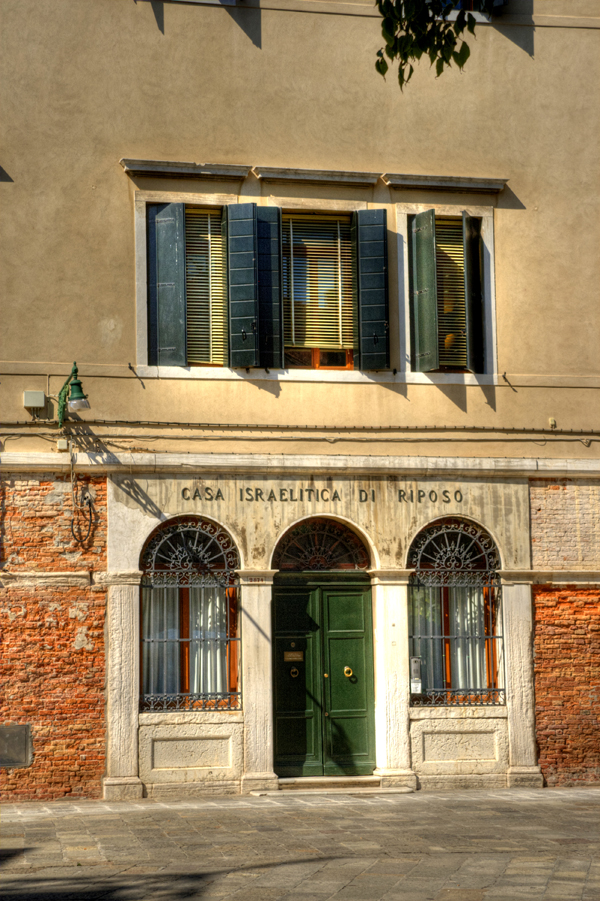 The Casa Israelitica di Riposo is an old age home which today only houses 10 people. It was erected in the 19th century on the site of an old yeshiva. 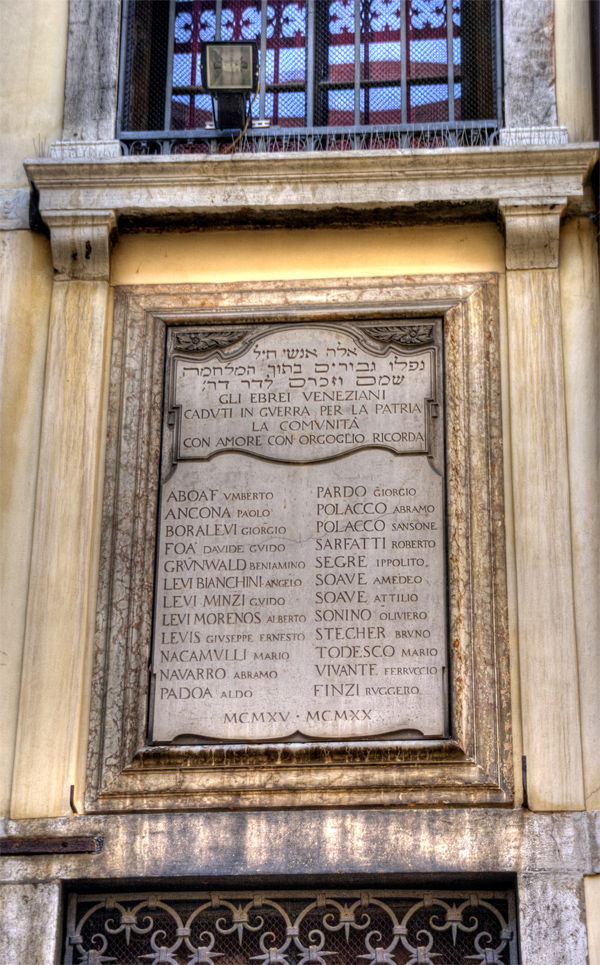 This memorial plaque on the side of one of the synagogues is in memory of the Jews who fought in WWI. It reads as follows: “The Venetian Jews who fell in war for the native land. The community with love and pride remembers.” 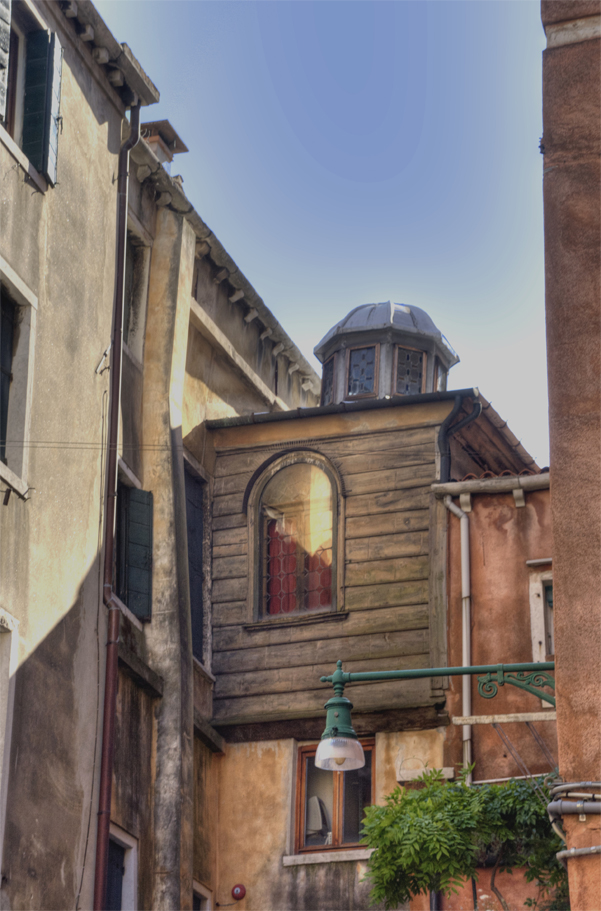 It was forbidden to build separate synagogues, as there were strict land restrictions. For this reason Jews built synagogues on the top floor of existing buildings. This way there was nothing between the congregation and the heavens. 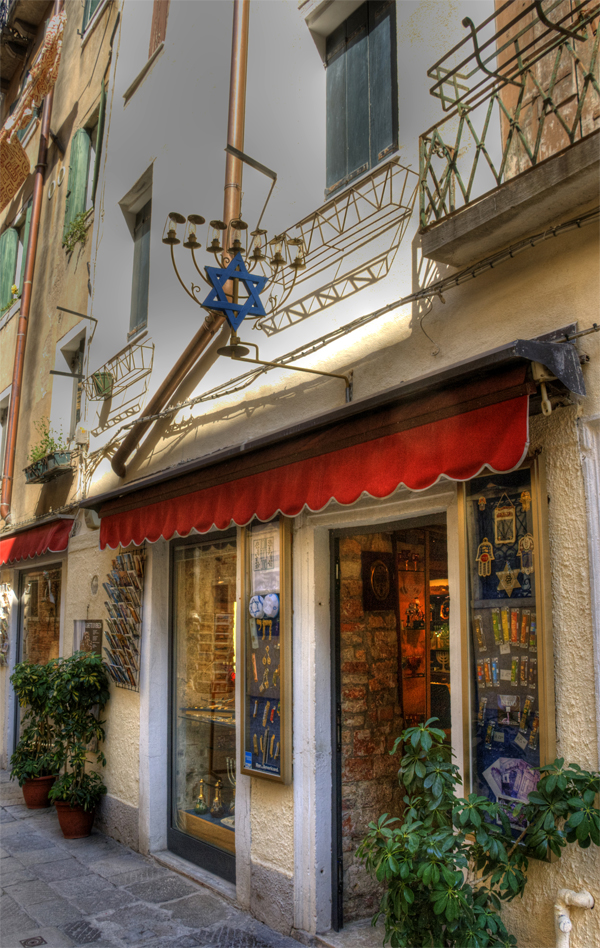 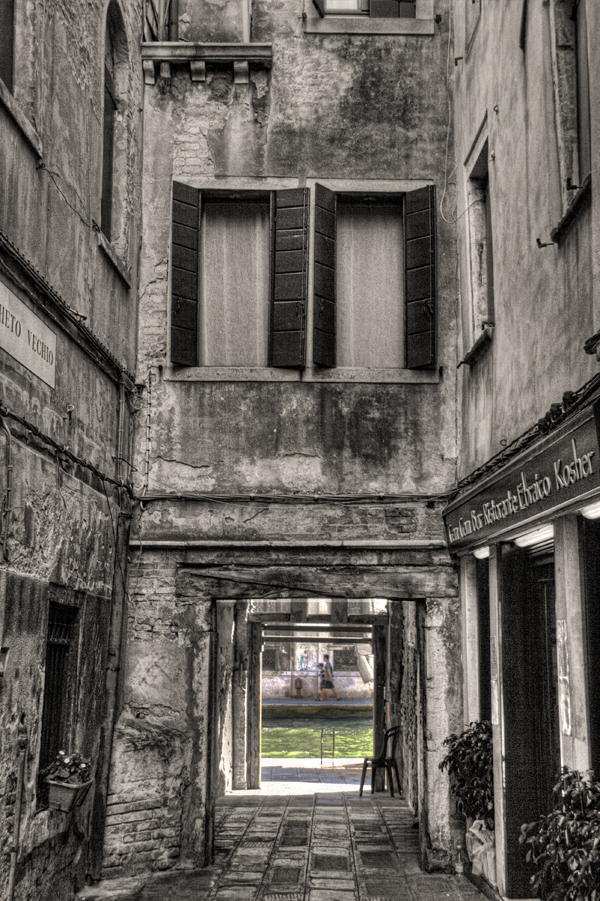 Leaving the ghetto
About the Author & Photographer: 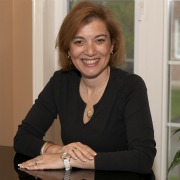 Edith Itzcovici-Levy is a mother, photographer, published author & entrepreneur but her full time job is with a leading Financial Institution in Canada. Based in Toronto, Edith has had a love & passion for photography & photographic pursuits for over 20 years.
Focusing on Landscape & Travel photography, Edith is passionate about finding unique places to photograph. You can find Edith at edithlevyphotography.com and 500px.com/edithlevyphotography, and she’s on Twitter @Edithlevy21.
all photographs in this post: all rights reserved by Edith Levy Photography and may not be used without permission