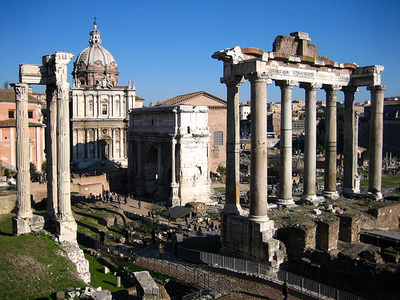 The Roman Forum is one of the most popular sights in Rome, and with good reason. It was once the center of the mighty and extensive Roman Empire – it was from the buildings that once stood in this (really quite small) area that the Empire was planned, achieved, and governed. And rather than just being a chapter in your history textbook, this is real-life history you can walk through. What’s better than that?

Long-time visitors to Rome will remember the bygone days when a visit to the Rome Forum was not only a must but also blissfully free. You could come and go as you pleased and visit multiple times. Those days are, sadly, gone – in March 2008 the city of Rome instituted an entry fee for the Forum. Despite this fact, I still say it’s a must-do attraction, and in this post you’ll find out why.

>> You can skip ahead to get right to the Forum history, my visitor’s tips, all the visitor’s information you’ll need, and a few thoughts on how to make sense of the rubble, or you can just scroll down and read through the whole post. It’s worth it, I promise.

The Roman Forum (Foro Romano in Italian) is a great sight to see in conjunction with the Roman Colosseum, primarily because it’s right next door – and once you’ve immersed yourself in Ancient Rome, it’s a good idea to keep going. Some of the main points of interest in the Forum are: 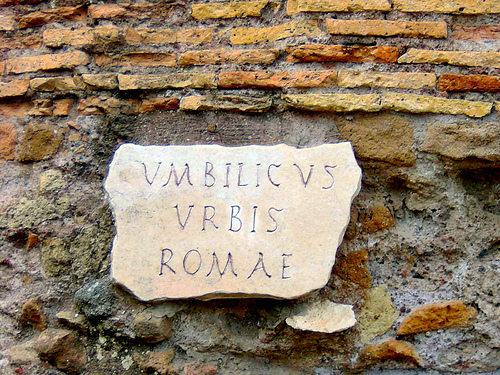 In particular, my favorite building in the Forum is one that looks pretty bland from the outside – especially when compared with the ornate columns and arches nearby. But the Curia Julia, which is where the Senate met, is my favorite spot in the Roman Forum because it remains intact – and because it was built in 44 BCE. You can go up to the door and look at the marble mosaic floor and know that Roman Senators walked on those intricate designs 2,000 years ago. It’s the kind of thing that gives me chills, and the same reason I love the Pantheon so much. 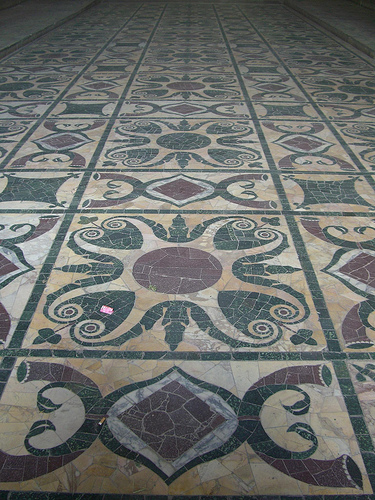 Unfortunately, the jumble of rocks and half-columns can be confusing if you don’t have some sort of guide. A guide in this case isn’t necessarily a person – there are several options you can choose from to make sense of the ruins.

>> And although you can’t necessarily bring this with you into the Forum itself, you can get an idea of what the Forum used to look like by playing with the Rome Reborn project‘s website.

You will notice that it is quite a ways down to the level of the old streets of the Rome Forum from what is modern-day Rome. Believe it or not, this is because of pollution – after centuries of life being in and around Rome, the build-up of garbage and everyday pollution caused the street level to rise. There is much more ancient Rome underneath modern Rome, but it’s nearly impossible to excavate because there’s a whole city up there now that probably wouldn’t take too kindly to having all its buildings torn down. (If you were wondering why such a giant city like Rome has such a pathetic subway system, that’s it – any more lines would tunnel right through ancient Roman structures.)

In warmer weather, don’t attempt to visit the Roman Forum at midday. It is almost entirely sand and rock, with very little vegetation and even less shade. You’ll burn to a crisp just wandering around for an hour. Bring a water bottle with you, and fill it up at one of those lovely fountains which is thoughtfully located near the WC off the main entrance on Via dei Fori Imperiali. The water is cold, refreshing and perfectly safe to drink. It’s also nice to douse your head with it (just don’t stick your head completely in the water – it’s bad form) or soak a bandana or scarf to wrap around your neck.

It might seem unbelievable when you’re looking at the Roman Forum that such a small area could be so important, but it was the political, economic and religious center of the ancient city of Rome and, by extension, the entire Roman Empire.

Some of the buildings which you can see pieces of include temples dedicated to Saturn, Romulus (Rome’s legendary founder), Vesta (yes, this is where Vestal Virgins came from) and Caesar himself. There are triumphal arches built by some of Rome’s emperors, the house where the Vestal Virgins lived and the largest building in the Forum, the Basilica of Maxentius. Just walking on the Rome Forum’s cobbled streets is like walking through time – you can still see the ruts made by chariot wheels on some of the stones. Even the funeral of Caeser took place in this space. So, it might not look like much now, but these few acres hold more history than most cities. 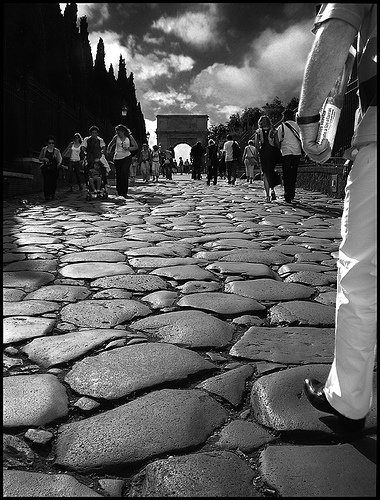 You can learn more about the history of the Roman Forum here. And check out this video tour of the Forum from GeoBeats: