St. Peter’s Basilica is the focal point of a trip to Vatican City, mainly because it’s the iconic image most of us have of this city-state. This beautiful Basilica is impressive on a scale that few monuments can compete with, and it can be a highlight of a visit to Italy. 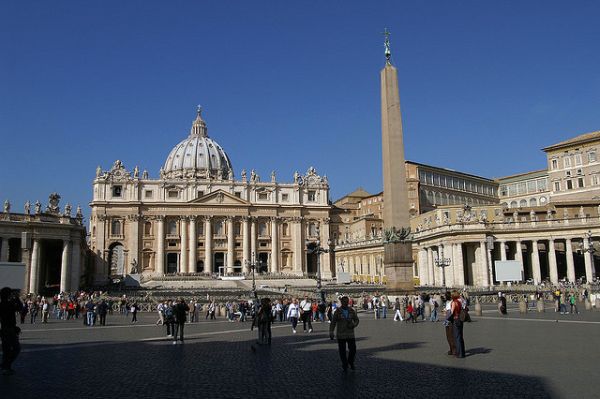 The site on which St. Peter’s Basilica (Basilica di San Pietro in Italian) stands has been considered holy by Christians since Saint Peter himself was martyred nearby in 64 A.D. – his remains are said to have been buried close to where he was executed, and his burial spot is the centerpiece of the Basilica. A few years after he was killed, a simple shrine was built over his grave, and then in the 4th century A.D. a church that is now called Old St. Peter’s Basilica was constructed.
In the 15th century, the old Basilica was in need of renovations – but rather than spruce up the existing building, the Pope at the time decided it should be demolished and a new church built. It took a series of Popes more than 120 years to implement a plan for the new church, each Pope altering the plan slightly from the previous pontiff, until Michelangelo was finally at the helm in the mid-1500s. The St. Peter’s Basilica that we see today isn’t entirely what Michelangelo wanted, however, as there were further alterations made to the nave and the façade in the early 1600s.
Today, St. Peter’s Basilica stands as not only the iconic image of Vatican City and of Catholicism, but also as one of the primary stops on any trip through Rome. It’s absolutely worth a visit, whatever your religious persuasion. 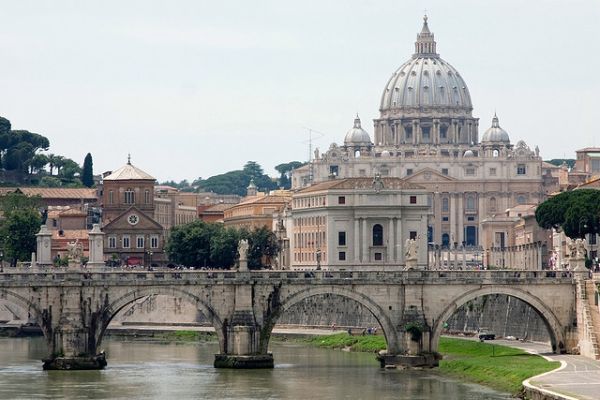 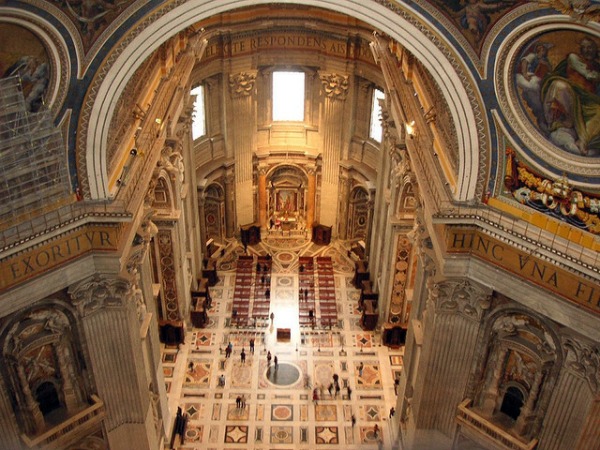 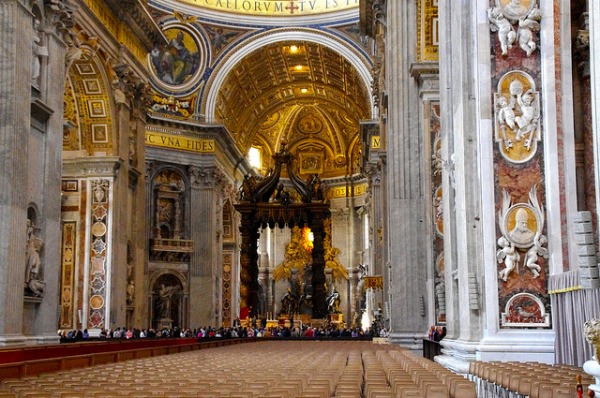 The church at the center of Vatican City has had superlatives hurled at it for centuries, many of which are subjective. One factoid that stands out, and is abundantly clear once you’re inside, is that St. Peter’s Basilic has the largest interior of any Christian church. On the floor of the Basilica there are indications of where other churches around the world would end, so as you walk toward the altar you get an idea of how much larger St. Peter’s is. And to give you a sense of how high that gorgeous dome soars overhead, both the Statue of Liberty and the space shuttle are shorter and would be able to fit underneath the dome easily.
Among the many famous artworks contained in St. Peter’s Basilica, the most noted are brilliant pieces by Bernini, Giotto, Guercino, and of course Michelangelo’s stunning Pietà. There’s a 13th century bronze of St. Peter that has a polished and worn toe from the countless people who have rubbed it for good luck. There are more than 100 tombs in the Basilica, including 91 popes, some of which are in the crypt beneath the floor. The things you think are paintings hanging on the walls are actually mosaic copies of paintings, painstakingly recreated with minute pieces of glass. 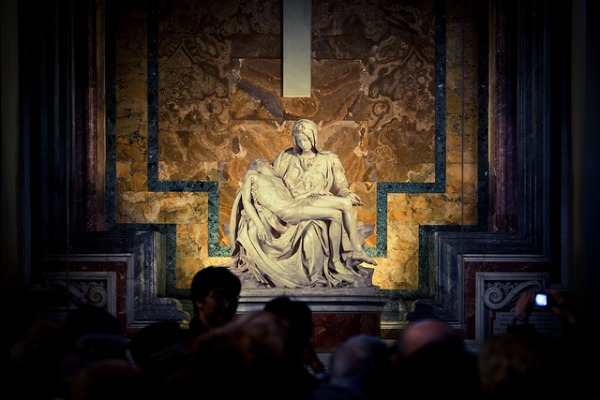 There’s so much to be fascinated and awed by in a visit to St. Peter’s Basilica, it’s impossible to fit it all into one place – except, that is, on a guided tour. Trust me, you don’t always know what to be awed by until you have someone point it out to you. Most of the guided tours of Vatican City combine St. Peter’s with the Vatican Museums, which is a great way to get the most out of both attractions. I happen to like the walking tours Context Travel does (some in Vatican City, as well as elsewhere in Rome and Italy), and there are several options for guided tours of Vatican City that include St. Peter’s. Here are a few:

You can also do a self-guided tour of the Basilica (it’s easy to do, since it’s free to get in and there isn’t as much ground to cover as there is in the Vatican Museums) with a written walking tour in a book like the Rick Steves guides or an audio guide you download to your iPod before you arrive. 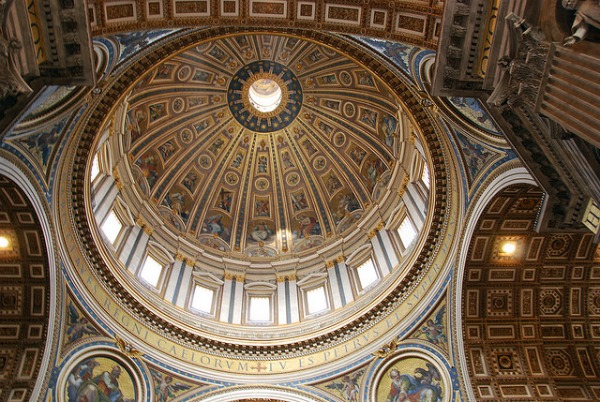 St. Peter’s may be free to enter, but there are a few things you need to know before you walk in.

>> Here are some fun facts about St. Peters, too. 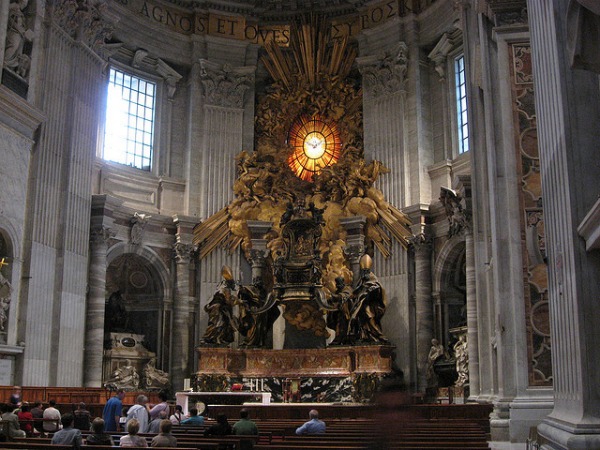