Things to Do in Naples 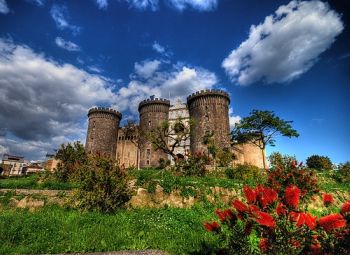 While there are guidebooks that will tell you to spend the night elsewhere in Campania and take one day-trip into Naples to check out the city’s famous museum, I’ll tell anyone who asks me that Naples deserves a few days of any trip that includes southern Italy. I understand why people might be inclined to spend less time there, but there’s plenty to do and see in Naples to keep a traveler busy – not to mention enough fabulous food to keep a traveler stuffed.
>> Pressed for time? Here are my suggestions for the top 10 things to do in Naples.
>> Need to make every euro count? Here are some free things to do in Naples.
>> And for a few of the more odd sights in the city, check out this list of weird attractions in Naples, too.
>> If you’d prefer to hire someone to show you around, let me recommend this local tour guide in Naples.

What to Do in Naples

Here’s an overview of the main things to do in Naples, but there’s plenty more to see and do in this enormous city.

What to Eat in Naples

Everywhere you go in Italy there are local specialties you should make it a point to try, but in Naples eating is practically a tourist attraction.

If you’re spending more than a couple days in Naples and want to venture beyond the historic city center, there are lots of great day-trip options you can take advantage of.