Top 10 Things to Do in Palermo

My friends who live in Southern Italy are fond of reminding me what I’m missing by not having made it south of Naples (yet!), and I’m also quite content to have them constantly telling me about how great their part of Italy is. One of my pals in the bottom half of the boot is Cherrye Moore, who, together with her husband, runs a B&B in the Calabrian capital of Catanzaro. Cherrye’s contributing to my ongoing “top 10 things to do in Italy” series with this fabulous article about what to do when you’re in the Sicilian capital city of Palermo. 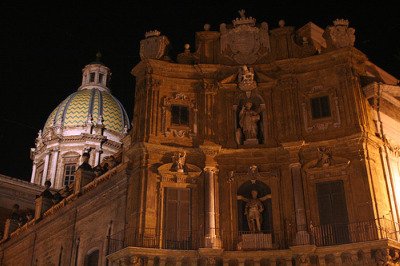 With its bustling streets and fervent energy, Sicily‘s capital city of Palermo is a medley of medieval buildings, Byzantine palaces and post-war grunge. It lacks Florence’s beauty and Venice’s vibrant colors, but has the unpretentious flair and confidence of a city that has survived centuries of raids, invasions and conquests.
It is this self-assurance that is most endearing about the city and it is why I fell in love.
As is the case in many Italian cities, you could spend months in Palermo and still not experience all of her charms. For those of you with less than a month, I have some recommendations.

Top 10 Things to Do in Palermo (According to Cherrye)

You might have noticed some important museums, churches and palazzi were omitted from the list, and chances are they are pretty spectacular. The thing is, this is a Top 10 list, and let’s face it – Palermo offers much more than ten highlights. You can get the scoop on what to see in their tourism brochure, but if you go to Palermo, you should experience the city – not just see the sights. Walk around, feel the energy and get lost on the side streets.
And above all else – eat. And enjoy.
>> Need a place to stay in the city? Here are some Palermo hostels and cheap hotels in Palermo to choose from.
>> Editor’s Note: I love all of Cherrye’s suggestions for what to do in Palermo, and as a soccer fan I can’t help but notice the distinct lack of “going to a soccer game” here! Palermo is home to one of the teams that’s been a fixture in Serie A for a few years now, and they also happen to be manly enough to have pink as their uniform color. Want to check them out? Learn more at the Citta di Palermo blog. 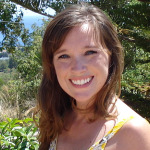 Cherrye Moore is a southern Italy travel consultant and freelance writer living in Catanzaro, Italy. She has contributed to the DK Eyewitness Guide and is the Lamezia (Calabria) Destination writer for easyJet Traveller. You can visit her blog My Bella Vita for more information on traveling to southern Italy.

photo credits: night photo at top by Netpatxi, Quattro Canti on Via Vittorio Emanuele by David Locke, catacombs by Giovy.it, Duomo at Monreale by Allie_Caulfield – all the rest by Cherrye Moore and may not be used without permission