Yoga in Italy: What You Need to Know

There are a million things that can lead someone to travel to Italy, from a love of history or food to a search for family or a desire to learn a new language. One person might not automatically think “yoga retreat” when thinking of traveling to Italy, but for someone else that’s the ideal reason to go.
As it happens, yoga is increasingly popular throughout Italy, from yoga studios in cities where the locals take regular classes to retreats in the countryside for which people make special trips. Here’s some information to help you find resources for both.
I’m not a yoga person, but thankfully I know lots of people who are. One of them was kind enough to provide me with a wealth of information to pass along to WhyGo Italy readers, so I owe a special thanks to Linda of The Beehive hotel/hostel in Rome.

Yoga in Italy: What to Know 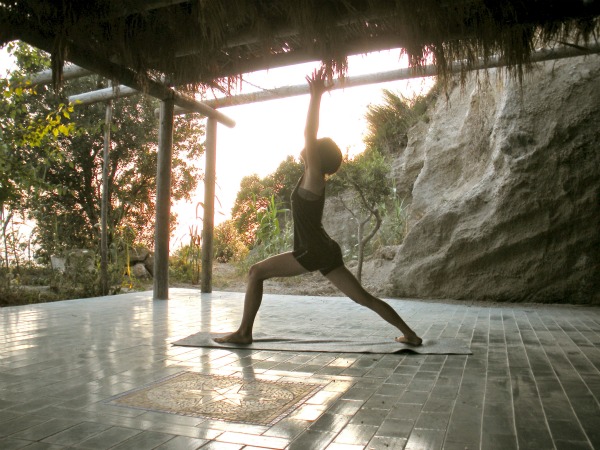 Yoga isn’t Italian, and it’s not English either – so there won’t be as much of a language barrier as you might think if you’re interested in doing yoga in an Italian studio. The word “yoga” is pronounced the same in Italian as it is in English, and Linda says that since many of the Italian yoga teachers learned from people who taught yoga in English, many of them speak “yoga English,” and “the different asanas (poses) are also pronounced by their Sanskrit names.”
To help you decode what your Italian yoga instructor is saying, however, it may be good to learn the Italian words for different parts of the body:

Other helpful words include:

Linda says that for a class at a regular gym (palestra in Italian) where you’re only planning on going a few times, language shouldn’t be a big barrier at all: “I wouldn’t get too caught up in the language for just a drop in class as the teacher should be demonstrating and they can always look around to see what the other students are doing. And if they let the teacher know that they don’t speak Italian, the teachers are usually very understanding and helpful.” 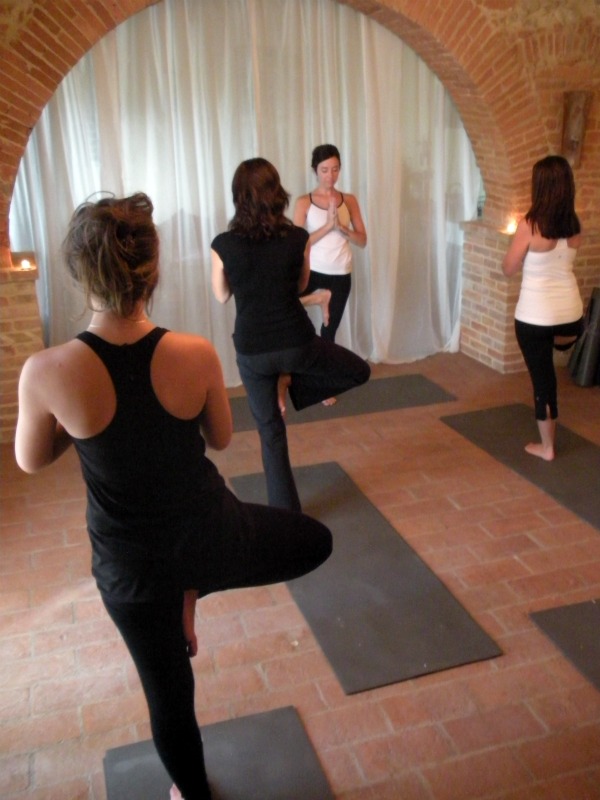 Yoga retreats are the more popular thing for travelers in Italy, and we’ll get to those below, but if you’re in one place in Italy for awhile and you’d like to go to regular yoga classes at a studio or gym – just like you would back home – that’s another kettle of fish.
Linda says that while some yoga studios in Italy will have a system for people to just drop in and pay for individual classes, most will require either some kind of membership to the studio/gym or the purchase of a package of a certain number of classes. A package like that is called an “abbonamento,” and a membership card may be called a “tessera.” She says that most gyms will have some yoga classes, although these will most often be “power yoga or pilates.”
“You often have to pay the enrollment (iscrizione) fee that is good for one year and then the class fees,” says Linda. “Many places will allow you to do a prova (a trial class) before committing financially, but I would fess up if they are a visitor and know that they will only do one or two classes.”
Since she has lived in Rome since 1999, Linda’s seen yoga grow in popularity quite a bit – and she says that while this is strictly her opinion, she thinks there are two basic “camps” for yoga in Italy: “either woo-woo, esoteric or they were power yoga for all those people who just saw it as a hipper or stylish form of aerobics.” She says that things are changing somewhat in more recent years, so that there are more places that don’t seem so wedded to one or the other end of that spectrum, but don’t be surprised if you find it takes you a couple tries to find a yoga studio that suits your style.
There’s an Italian site called Yoga Journal – all in Italian – that can be a good resource for you, including a “yogamap” of studios/schools throughout the country. 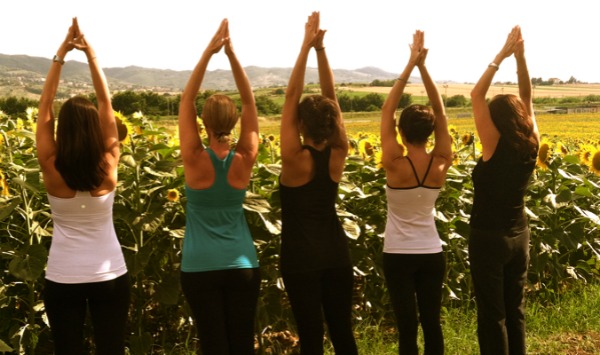 Most travelers who do yoga in Italy will do so at a yoga retreat, many of which are run by non-Italians. There are retreats held all over the country, often organized by people in their home countries, and attendees have everything taken care of for them – it’s basically a package tour that’s yoga-centric. The organizers will find appropriate places in which to hold the retreats that include some combination of yoga space, accommodation, dining, etc. Keep in mind that in many cases the locations will be in places that are difficult (if not impossible) to reach without a car.
This is by no means a comprehensive list of yoga retreats or retreat listings in Italy, and if you know of one I don’t have listed here please let me know. The duration and cost of yoga retreats in Italy varies, so you’ll need to research your options to find one that suits your travel style and budget.
Yoga retreat directory websites:

Yoga retreats and/or trips in Italy (in alphabetical order):

There are currently three locations for annual yoga festivals in Italy – Rome, Milan, and Merano. The Milan festival started in 2006, and the Rome festival started in 2008. Merano had its first edition in 2011.
The Milan festival takes place in October, the Rome festival in June, and the Merano festival in May. There’s more information (in Italian, English, and German) on the main Yoga Festival site.