Getting around Italy by train has long been the most popular way to travel through the country.

Even as budget airlines in Europe begin to compete with the rail network on price, train travel has perks that air travel can’t match. And taking the train in Italy can really beat driving, especially if you are concentrating on cities with train stations and if Italian drivers scare you a little bit (with good reason).

Trains in Italy are pretty easy to figure out, especially once you understand a few basic things. I’ve written extensively about train travel in Italy on this site, and I’ve linked to most of those articles below. You can scan through the different sections to find the specific piece of information you’re looking for, or you can read each article if you’re just starting out and you want to get a better handle on Italian rail travel before you go. 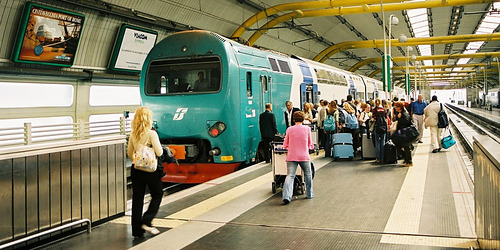 You’ll find information below about the following topics:

And, as always, if you don’t find what you’re looking for here, please let me know!

>> Whether or not you’re planning your first trip to Italy or you’ve been several times, there’s likely to be something in my collection of Italy travel tips to help you make the most of your trip planning process.

Train Tickets vs. Reservations in Italy 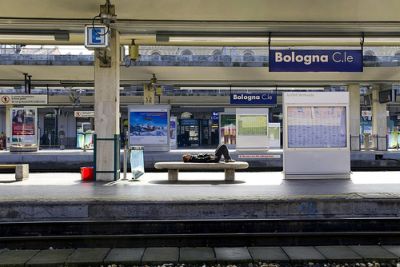 Despite what your inner sense of logic might tell you, train tickets are not the same as train reservations in Italy, and there are times – many times, in fact – that you’ll need to purchase a reservation along with your ticket. And if you’ve got a Rail Pass in Italy, that’s not a reservation, either – meaning you’re likely to need to buy reservations for some of the trips you’ll take even if you have your Rail Pass.

This may sound like a rip-off, or that you’re being charged twice for the same thing, but reservations are often really cheap and buying a Rail Pass is usually still a very good deal even if you still have to buy reservations along the way. 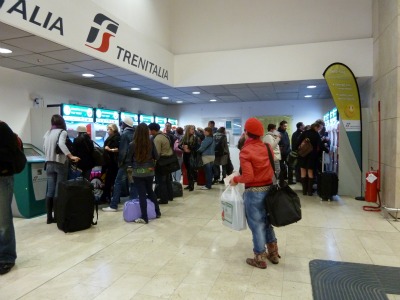 You can buy both train tickets and reservations in advance of your trip, and you can also buy them on-site in Italy. If you’ve opted for an Italy Rail Pass, however, that must be purchased before you leave home as you can’t buy them in Italy.

Some travelers will benefit from buying their tickets before they leave home – doing so can save not only time and hassle once in Italy, it can also save money. But if you’re the kind of person who travels without an itinerary it won’t likely make sense for you to purchase tickets in advance. You won’t be able to exchange or return tickets you’ve bought online once you get to Italy, so buying ahead of time only works if you know the route you’ll be traveling.

Types of Trains in Italy 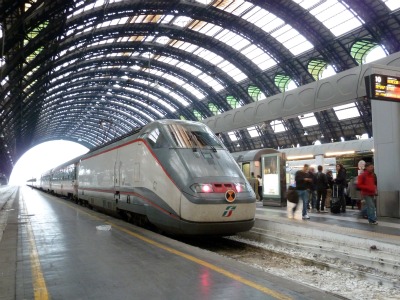 There are several kinds of trains operating in Italy, often on the same tracks and serving many of the same cities, but they can vary widely in price and speed. As long as you know what to look for, you will never get caught out thinking you are paying for one and getting the other. 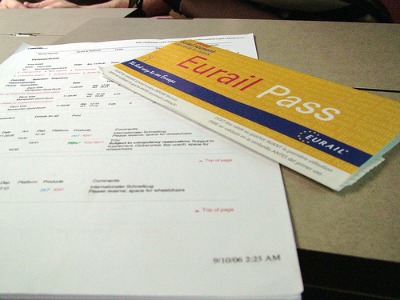 If the same travel style worked for every single travler, we wouldn’t have so many options. The same goes for whether it’s best to buy an Italy Rail Pass for your trip or buy individual point-to-point tickets as you go.

Some people will save quite a bit of money by going with a Rail Pass, and for some itineraries buying individual tickets will be cheaper. Some travelers don’t want to commit to an itinerary, making the more flexible Rail Pass an incredibly appealing option – and yet even those with a set-in-stone itinerary can save time by having a Rail Pass.

You can figure out whether a Rail Pass is a good option for your particular trip, you’ll just need to do a little math. If you read through the article linked below and you still have questions, you can always call our Rail Pass expert, Dave, for some additional insight. 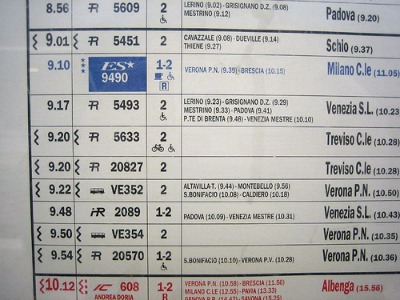 The big printed train schedules in Italy don’t look like they’ve changed substantially style-wise for decades, but luckily those aren’t the only schedules at our disposal anymore.

The Trenitalia site isn’t always the easiest to navigate, but it does have up-to-date train schedule information in it – including how much ticket cost and what train changes are required for a given route. The website has the added benefit of being tailored to whatever train journey you’re looking up – it gives you only the information you need for that specific route on the day and time you enter.

If you buy Rail Pass for Italy, you’ll also receive a printed booklet with train schedules for Italy and other European countries. This booklet is handy, but it’s hardly an exhaustive schedules list. Use it for reference during your initial planning stages, but don’t rely on it for updated information.

>> Further reading – How to Read an Italian Train Schedule 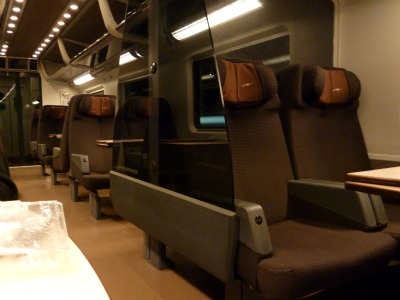 Generally, first class is less crowded, and it is not too much more expensive (except on the Alta Velocità or Eurostar where the price jump is more dramatic) – so is worth considering if you want to try to give yourself a bit more leg and elbow room. First class is where you will often find tourists who travel with more luggage than they can carry on their backs.

If cost is a big factor for you, second class is usually perfectly fine for most travelers. On commuter trains during rush hour, or between two tourist cities in the height of the summer travel season, be aware that seats in second class might be harder to find as cars get more crowded. (This is when having your reservations purchased in advance comes in handy.) 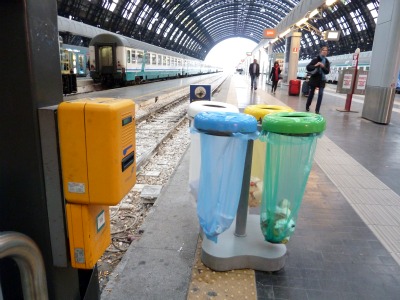 First things first, don’t forget to validate your train ticket! As we’ve discussed, having a train ticket alone doesn’t tie you to a specific travel date, so to keep people from buying one date-less ticket and re-using it every time they take that train trip, Trenitalia requires that tickets be validated before you board your train.

Ticket-validating machines can be difficult to spot if you don’t know what you’re looking for – but they’re strategically placed throughout train stations, so keep your eye out for them and you’ll find one near your platform or in the main lobby area. They’re usually small yellow or orange wall-mounted boxes where the only opening makes it obvious how to insert your ticket. The machine stamps a date and time on the ticket, and these machines are not on board the trains themselves. You risk a hefty fine if you don’t validate your ticket before you get on the train, so be sure to do it.

If you have a reservation, find the car number on your reservation (carozza) and the seat number (sedia). Then locate the corresponding car number on the train and hop on. First class cars will all have a large number “1” near the door, and second class cars will have a number “2”. The style of train will determine whether your seat is in a compartment or a car with a center aisle, but you should not have trouble figuring out which seat is yours. If you find someone in your seat, just show them your reservation and they will move – this is fairly common, as most Italians do not make reservations and will just hop on the train and wait for someone to tell them the seat is reserved. If you are not running to catch your train, it is always better to find your specific car before boarding – think small aisles, large bags and two-way traffic and you will understand why.

If you do not have a reservation, the only thing you have to look for is the class of car that corresponds to the ticket you have purchased – if you are traveling first class, look for the cars with the “1” by the door, and if you are in second class, look for the “2” by the door. Then simply get on and find a spare seat. If you are not sure whether a seat is available, you can ask people sitting nearby by pointing at the seat and saying, “Libero?” or “Occupato?” (“Free?” and “Taken?”, respectively.)

Some trains, especially the faster ones, will have luggage compartments at the end of each car where you can leave your bigger bags so as not to haul them through the narrow aisles. Most trains will have overhead racks for bags which you can actually lift, and in trains where there are seats situated back-to-back there are small spaces between seatbacks where you can stow smaller bags.