Dreams of Having Europe at My Door 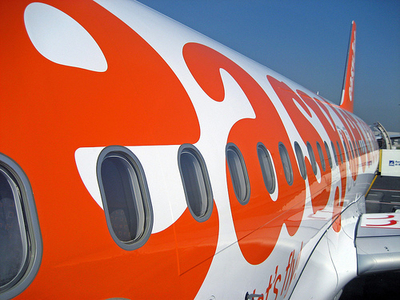 As I’m writing this, I’m taking a break from cleaning the Milan apartment I’ve been staying in for the past month and packing up my bags to head back to Oregon. As you’re reading this, I’m probably comatose from jetlag back home. And yes, that’s probably true even if you’re late to this post and are catching it a few days after I flew home. Jetlag is a bitch.
I mentioned yesterday how much I love Italy, and how sad I always am when I leave. Every time I get a chance, I hop on a plane back to Italy – and I never regret that. Until, that is, I hear about the trips some of my colleagues and friends are taking to other destinations. There’s a whole world out there I haven’t explored yet, including lots of countries a short distance from Italy in Europe.
One of these days (plug your ears, Italy) I’ll have to skip il Bel Paese and branch out a little bit.
Frankly, I think one of the things that will be great about finally living in Italy is how things like visiting my cousins outside Bordeaux or my aunt in Zurich, spending a long weekend in Berlin, or deciding on a whim to go back to Paris are not only easy but also pretty affordable. It’s all so close, relatively speaking, and with the explosion of all the super budget airlines throughout Europe it’s no longer a question of spending 24+ hours on a train to get from one country to another. The low prices of airline tickets in Europe are, as a matter of fact, giving the trains a run for their money. It’s one of the reasons Italy recently introduced their new high-speed rail line – it’s designed to compete with budget air travel.
It’s unfortunate that I’m not living in Italy right now, however (for so many reasons, don’t get me started), as European travel is cheaper this year than it’s been in a long time. I experienced this within Italy over the past month, where a room in a Naples hotel that would normally have cost 50€ was going for 30€ right in the middle of the high season. The tourism industry in some European cities is strong enough to weather the current decline in tourist numbers, but in other places – in Italy and elsewhere – it’s hurting. So travelers right now get to not only score some cheap Europe hotel rooms, by visiting some of the cities in Europe they’re also boosting the local economy in the process.
One thing I found interesting as I was traveling around Italy this past month and looking through my accommodation options was that while hotel prices were fairly soft the hostels were packed. Booked solid in some cases, and certainly not discounted. Now, the prices at even the top hostels in Europe are lower than most hotels, so it’s not like you’d be spending a fortune if you opted for hostels throughout a European vacation, but one side effect of the economic downturn is that more of the people who are still traveling this year are being more budget-conscious than in the past. Which means more people than normal are choosing hostels over even budget hotels. Which means if you’re traveling in Europe this year and you haven’t already booked your hostel beds, you might want to get on that.
In short, while I recover from my recent month in Italy, and while my next European trip will be a return to Italy, I’m dreaming of the day when I can flit about Europe like nobody’s business. And I’m hoping that day comes really, really soon.
photo at the top by irishflyguy